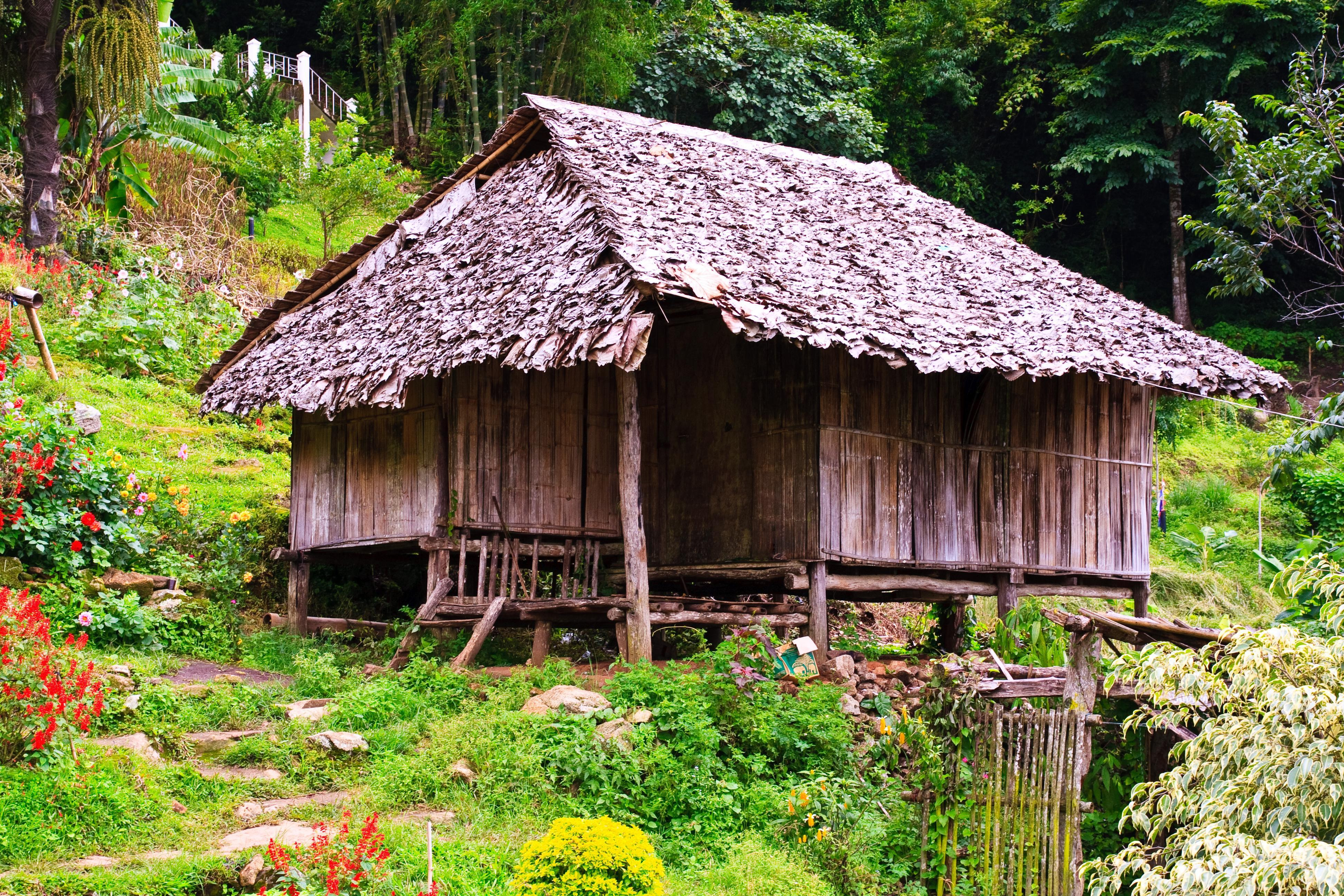 Learn more about the rich diversity of northern Thai culture by visiting one of the hill tribe villages near Chiang Rai during an exploration of the Golden Triangle—where Thailand, Laos, and Myanmar meet. Here are some of the best hill tribes to visit from Chiang Rai or Chiang Mai.

The Karen people originate from Myanmar and are the largest hill tribe group in north Thailand. They traditionally live in stilt houses, cultivate rice, raise animals, and craft silver jewelry. The Karen villages near Chiang Rai are known as the “Long Neck Villages” for the stacked brass rings the women wear around their necks.

The Lahu hill tribe came to Thailand from the Tibetan plateau by way of Yunnan. A strong commitment to the traditional Lahu way of life means their modern-day settlements are often situated in remote areas far from roads and towns. Primarily hunters and subsistence farmers, the Lahu often wear brightly colored floral garments.

The Akha hill tribe people originate from Tibet and migrated to north Thailand in the 1900s. They traditionally live in bamboo huts divided into separate areas for men and women. The Akha are known for their colorful embroidery, and the traditional costume is a black shirt with embroidered sleeves and an ornate headdress.

The Hmong people (also known around Chiang Rai as the Meo) migrated to Thailand from China via Laos. The Hmong live in mountainous areas and previously cultivated opium, though have now switched to rice and corn. The Hmong people, known for their batik fabric-dyeing techniques, traditionally wear indigo clothing.

Originally from South China, the Yao migrated into northern Thailand in the late 19th century, many of them settling in Chiang Rai province. This hill tribe is known for its spectacular traditional dress, which includes long blue jackets accented with red wool lapels and a turban-like head wrap.

91
Take a day trip to Chiang Rai and the Golden Triangle to see where the borders of Thailand, Burma and Laos converge. With a knowledgeable guide, you’ll drive through scenic countryside, visit local hill tribe villages and soak at the Mae Ka Chan hot springs. Marvel at the White Temple (Wat Rong Khun) and enjoy views over the Mekong River as you learn about this region, notorious for its opium trade. Lunch and round-trip hotel transport from Chiang Mai are included.
…More
From
US$88.87
From
US$88.87
Face masks required for travelers in public areas
Face masks required for guides in public areas
Face masks provided for travelers
Learn More
Taking safety measures

17
Enjoy the best of Thailand’s culture, traditions and destinations with this private tour of Hill Tribes and the Golden Triangle from Chiang Rai. Your full-day adventure makes stops at Mae Chan, where you’ll visit the Yao and Akha hill tribe villages on your way from Chiang Rai. Traveling with a private guide insures all of your needs and desires are met, since the flexible excursion can be tailored to your interests. This exclusive experience allows you to enjoy a buffet lunch of traditional and western cuisine and pay a visit to the northern tip of the country where you’ll see the Thai-Burma border and wander the bustling public market.
…More
From
US$112.24
Price varies by group size
From
US$112.24
Price varies by group size
Face masks required for travelers in public areas
Face masks required for guides in public areas
Face masks provided for travelers
Learn More
Taking safety measures

See cultural and historical sights of the Chiang Rai region of Thailand on this private day tour to Chiang Saen, the former capital city; the Golden Triangle, where Thailand, Laos, and Myanmar meet; and Mae Sai, home to hill tribe villages. Enjoy traveling with a private guide. Lunch is included.
…More
From
US$136.72
From
US$136.72

Travel from Chiang Rai to Doi Tung and visit the villa of Her Royal Highness Princess Srinagarindra, the late Princess Mother. You'll meet members of various hill tribe communities, visit Wat Phra That Doi Tung, and browse Mae Sai market, located on the Thailand-Myanmar border. Lunch and hotel transport included.
…More
From
US$152.75
From
US$152.75