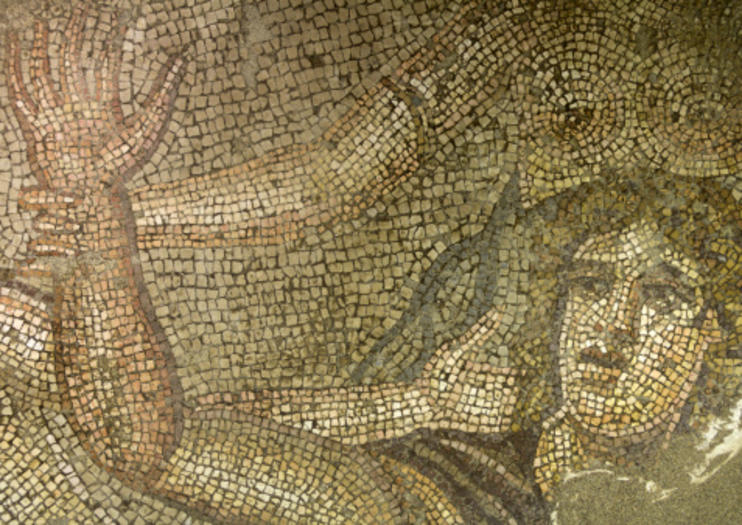 Fethiye Museum (Fethiye Müzesi) is a small but interesting archaeological museum that displays a variety of findings from Telmessos (the ancient Lycian city over whose remains Fethiye was founded) and several nearby sites, including Tlos and Kaunos. There are statues and stone fragments, a fairly well-preserved mosaic from Letoön (an ancient Lycian religious center about 65 km south of Fethiye), and artifacts including ceramics, jewelry and grave stelae.

The most significant piece in the Fethiye Museum's collection is a trilingual stele from Letoön that is inscribed in Lycian, Greek and Aramaic and was a key finding for archaeologists in deciphering the Lycian language.

An important new addition to the museum is a group of five statues – including those of the Roman emperors Hadrian and Antonius Pius and the goddess Isis – that were unearthed in just 2011 in excavations at Tlos.

The garden of the museum is dotted with an assortment of ancient statuary, architectural fragments and amphorae from the Lycian, Greek, Roman and Byzantine periods.

The Fethiye Museum is located in the center of town, a little ways inland from the waterfront (look for the girls’ high school next door). Admission is 3 TL and it’s open daily May to October 8am - 7pm, November to April 8am - 5pm.
Address: Kesikkapı Mh, Fethiye, Turkey
Hours: May - Oct 8am - 7pm, Nov - Apr 8am - 5pm
Admission: 3TL
Read MoreShow Less

The answers provided below are based on answers previously given by the tour provider to customers’ questions.
Q:
What are Fethiye Museum (Fethiye Muzesi) hours of operation?
A:
Fethiye Museum (Fethiye Muzesi) hours of operation: May - Oct 8am - 7pm, Nov - Apr 8am - 5pm. Buy tickets in advance on Viator. If you book with Viator, you can cancel at least 24 hours before the start date of your tour for a full refund.