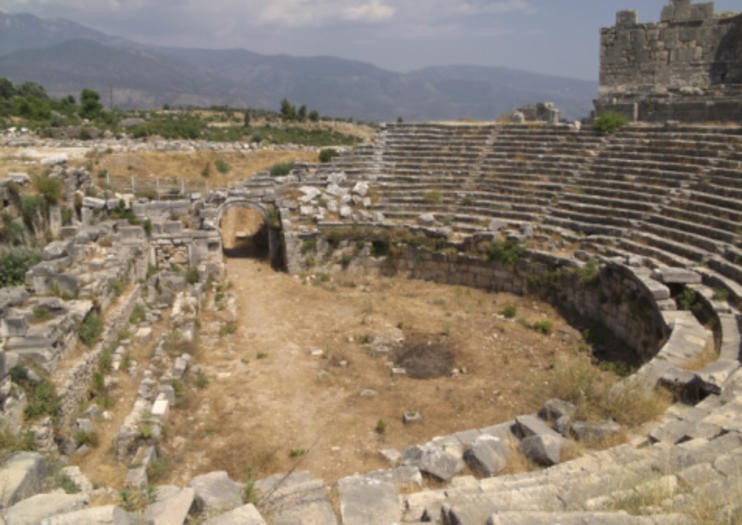 Overlooking the main road that runs along the Fethiye harbor is Fethiye Roman Theater (also known as Telmessos Theatre, from the city's name in classical times). Built into a hillside, the semicircular theater, occasionally described as an amphitheater, was constructed in the Hellenistic (Greek) style and could once hold some 5,000 to 6,000 spectators. During the Roman period, in approximately the 2nd century AD, a stage building was added, and Fethiye's theater remained in use until about the 7th century.

Unfortunately, after an earthquake struck the town in 1957, many pieces of masonry were removed from the theater by local residents for use in rebuilding, and even after excavation by archaeologists in the 1990s the site remained in a poor state of preservation. Fethiye theater is currently undergoing an ambitious restoration, after which it is expected to host open-air performances again – just as in ancient times.

Though Fethiye (or Telmessos) theater is not open to visitors during the restoration process, it is possible to see the site from the main road, or by walking around the perimeter and looking down from above.
Address: Fethiye, Turkey
Read MoreShow Less