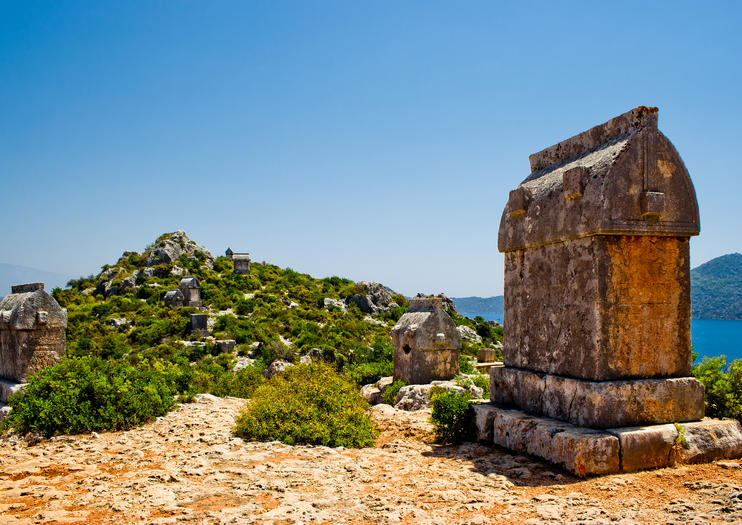 Scattered around the town of Fethiye are a number of stone sarcophagi left by the Lycians. While in ancient Greek culture the dead were usually buried outside of inhabited areas, the Lycians preferred to bury their dead amidst the living; hence the presence of these sarcophagi so close to other ancient monuments. The Fethiye Lycian stone sarcophagi have been left in their original locations, and the modern town was simply built up around them – one sarcophagus has even become a traffic island, and you’ll see vehicles speeding past it on either side.

Like the monumental tombs in the cliffside above town, Fethiye's Lycian sarcophagi are thought to date to approximately the 4th century BC. They were carved out of local limestone and decorated with carved reliefs, and some are two or three stories high.

The most impressive and best-preserved Lycian sarcophagus is located in the garden of the town hall. Built to look like a two-story wooden house, it features intricate carvings on both sides and on the crest of the vaulted lid that depict soldiers carrying shields in battle.

Look for the sarcophagus on the waterfront just north of the town hall (aka “Belediye”) building, another on Kaya Caddesi (the street below the Lycian tombs), and others on side streets around town. Free.
Address: Fethiye, Turkey
Read MoreShow Less