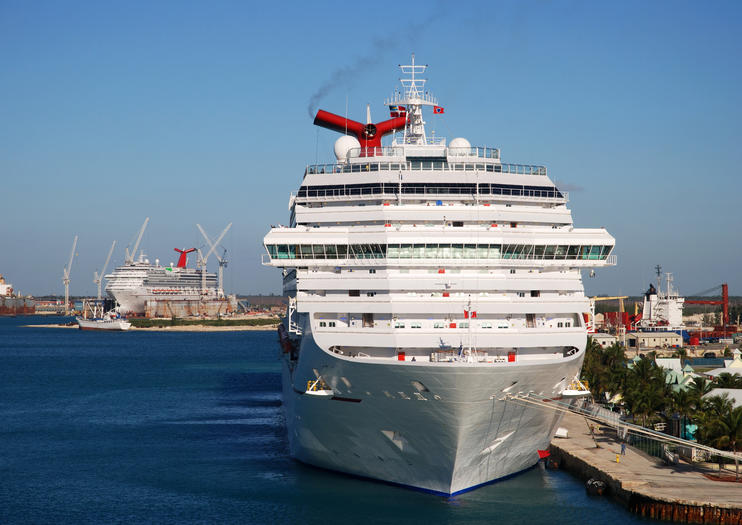 Located a mere 50 miles east of the US Florida coast, Grand Bahama Island’s Freeport Cruise Port at Lucayan Harbour is a popular and convenient jumping-off point for cruisers (especially Americans) to experience the Bahamas’ famous white-sand beaches and opportunities for water sports. In contrast with the other Bahamian cruise port in the capital city of Nassau on New Providence Island, this laid-back launch pad for Caribbean fun is less about the bustle and more about the beach break.

The Basics
Freeport shore excursions from Lucayan Harbour allow travelers to make the most of their stop on Grand Bahama Island. When you get off the cruise ship, take a full or half-day city tour for some Freeport sightseeing that includes duty-free shopping at the famous International Bazaar or Port Lucaya Marketplace, or book a Bahamian Brewery tour for some beer samples. If you’re looking to immerse yourself in nature while in the Bahamas, you can spend a day kayaking at Turtle Park or tour Lucayan National Park, home to a spectacular underwater cave system and a beautiful hidden beach.

Other Freeport excursion options include relaxing at the popular Taino Beach or all-inclusive Viva Wyndham Fortuna Beach; taking a scuba diving or snorkeling tour; and joining in on a beach bonfire party, where you can sip rum cocktails and limbo just like the locals.
Things to Know Before You Go

How to Get to Port Lucaya From the Freeport Cruise Port
While it’s too far to walk from Freeport’s Lucayan Harbour to the downtown area known as Port Lucaya, the cruise ship port is located on the west-central part of the island, and cruisers can take a 10-minute taxi ride to get downtown. Most taxis will offer to make the trip for a flat fee of about $15. Also near the docks are shuttle vans offering rides from the pier to Port Lucaya for about $5 per passenger. The harbor is located just over five miles (nine km) from the International Bazaar.

Port Information
Grand Bahama Island is a frequented stop on cruise lines arriving from Florida. The tropical island’s close proximity to the United States means that English-speaking travelers are not likely to run into any language or culture snags. Both American and Bahamian dollars are accepted all over Grand Bahama Island.
Address: Sea Spray Ln, Freeport, Bahamas
Read MoreShow Less

Things to do near Freeport