How to Spend 3 Days in Fuerteventura 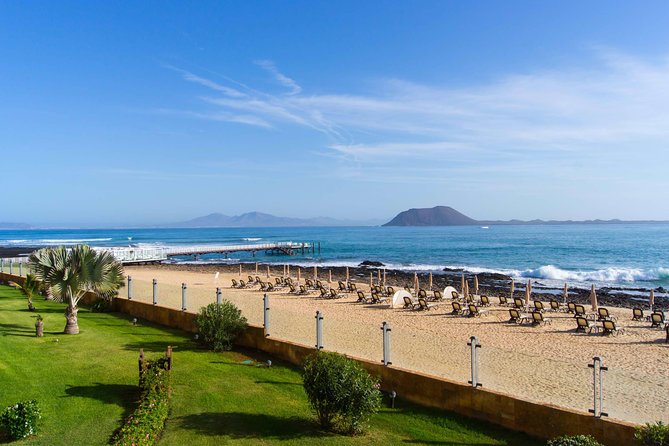 Hopefully you’ve come to Fuerteventura with an appetite to explore, because the island paradise offers a whole lot more than just a few basic beaches. From dune-filled shorelines, to historical towns, and even other reachable destinations just a boat ride away, here’s what you’ll want to do with three full days on the Canaries’ second-largest island.

Fuerteventura is speckled top to bottom with enticing day-trip destinations. If its culture and history you seek, then look no further than old island towns such as the original capital Betancuria, the village of Pajara with its 17th-century church, and Antigua, where you can visit its old-fashioned windmill, and Cheese Museum. If nature is more your thing, set your sights on Oasis Park, an unconventional zoo that will immerse you in the world of its animals. Or you can tour the island’s myriad landscapes by going on a grand adventure by quad or buggy.

Take to the Beach

There’s clearly more discovering to do, though: the beaches. Fuerteventura has a bountiful supply of sandy shores, especially known for their watersport potential. Those in search of the most popular beaches should head to southern Morro Jable (where you can lounge in the sand or partake in various watersports) or family-friendly Caleta de Fuste, located on the eastern coast.

Meanwhile, those keen to visit more remote shores should head to places such as Majanicho—a surf-worthy coast that, until now, anyway, remains nearly untouched by civilization -- or El Cotillo, a tiny fishing village flanked by long beaches. And you shouldn’t leave the island without getting lost amidst the Corralejo Dunes; though they’re one of the island’s most popular destinations, the sea of mountainous sands is so large that you’re bound to find a chunk of space to call your own.

There’s no need to limit your island excursions to just Fuerteventura, though, as more islands sit within reachable, day-trip distance. Most accessible is the tiny islet called Isla de Lobos, or Lobos Island. The uninhabited 1.8 square miles of land can be reached by ferry, and, once there, you can explore it via marked footpaths that lead to the top of its caldera, as well as the beach found at Playa de la Concha.

Or go big by visiting neighboring Canarian island, Lanzarote, arguably the most eclectic in the archipelago. You’ll want to grab your hiking shoes, flip flops and camera, as there’s loads to do an see there, from taking in its many natural wonders, such as Timanfaya National Park and green lake, Lago Verde, to hitting beaches, including Papagayo and Playa Blanca in the south, and Playa Famara in the north, among many more.

0 Tours and Activities | All Fuerteventura Tours