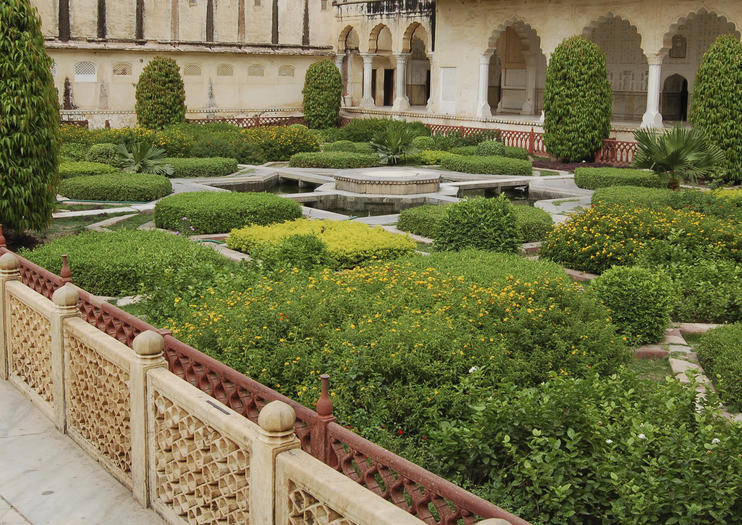 Surrounding Albert Hall, just outside of the Pink City, Ram Niwas is a popular picnic spot for local families, particularly those with young children. Here you’ll find plenty of gardens, fountains, pools, and play areas, as well as Jaipur’s modest zoo.
The Basics
Maharaja Sawai Ram Singh built Ram Niwas Garden in 1868, just before construction started on its most popular feature, the Albert Hall Museum (built for Edward VII's visit to India). It originally spanned around 76 acres (31 hectares). While it's only around half as big as it used to be, there's still plenty of room here for a number of local cultural attractions, including a bird park and the Jaipur Zoo.
Things to Know Before You Go
How to Get There
This garden is located in Jaipur City, around a 10-minute drive from the City Palace and Jantar Mantar. Jaipur is the capital of Rajasthan, and takes about five or six hours to reach by road from New Delhi.
When to Get There
This garden is open from sunrise to sunset throughout the year. During the hot summer season, it’s best visited early in the morning before temperatures get unbearable. Though it rarely rains in Jaipur outside of the monsoon season, if you do end up here after a shower, expect a lot of mud.
The Prince of Wales Tour of India
From October 1875 through May 1876, Albert Edward, Prince of Wales (later King Edward VII) and the eldest son of Queen Victoria, visited India on an extensive tour designed to strengthen the Crown's relationship with the country. He visited 21 towns and cities over the course of his tour, and the Albert Hall in the heart of Ram Niwas was built in his honor.
Address: Jaipur, India
Read MoreShow Less

Things to do near Jaipur