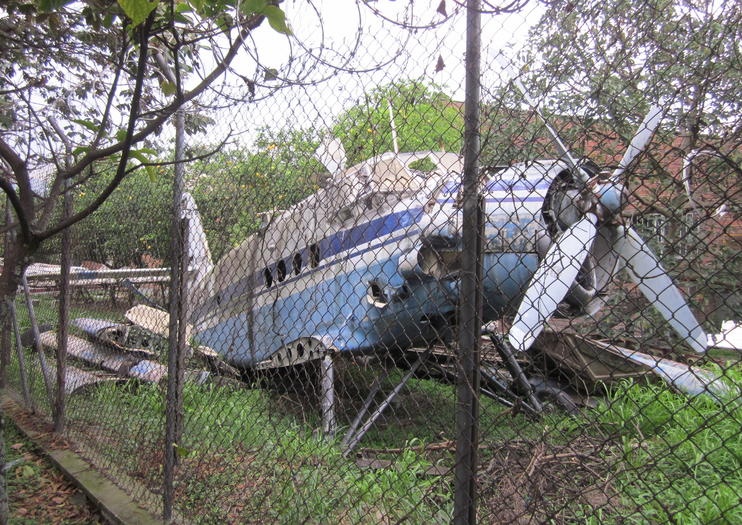 Under the reign of notorious drug lord Pablo Escobar and his cartel, Medellin endured a reputation as the most dangerous city in Colombia. To understand today’s cosmopolitan Medellin, it’s helpful to understand rise and fall of Escobar. Here are your options for Pablo Escobar history tours in Medellin.
Highlights
Read MoreShow Less
Medellín Tours & Activities (7)
Filter
•

The Dark Days: Pablo Escobar and The New Medellin Tour

40
Explore the rise and fall of the notorious drug kingpin Pablo Escobar during this 4-hour excursion to his former hangouts in Medellín. See the lavish high-rise complex where Escobar once rubbed-shoulders with Colombia’s elite. Then learn about the mysterious circumstances of December 1993, when this elusive criminal finally met his end. Was he shot by the authorities, or did he commit suicide? Finish your Escobar-themed trip by paying your respects at his grave site. Your Pablo Escobar trip also includes a professional guide and round-trip hotel transport.
...  More
From
US$34.00
Price varies by group size
From
US$34.00
Price varies by group size
Learn More

124
Get an insider’s look at the life of notorious drug kingpin Pablo Escobar during this 4- to 5-hour private excursion in Medellin. Learn the true stories behind this mythical figure from a local expert, visiting key locations like the soccer field he built for the community, the house where he was murdered on the roof, and the cemetery where he’s buried, plus much more.
...  More
From
US$81.03
Price varies by group size
From
US$81.03
Price varies by group size
Learn More

Do Not Say That Name

24
Explore the notorious legacy of Pablo Escobar during this private tour investigating the one-time Medellín hangouts and neighborhoods inhabited by the drug kingpin and his gang. This Escobar-themed tour of Medellín is as much a celebration of the city’s economic and social resurgence as it is a trip down memory lane. Visit sites that once hosted fierce turf battles between the Cali and Medellín cartels in the 1980s. Then check out the safe, thriving neighborhood of Comuna 13, once used by Escobar to recruit his army of assassins and killers. Your Escobar trip also includes a guide, bottled water, and a metro ticket.
...  More
From
US$69.00
Price varies by group size
From
US$69.00
Price varies by group size
Learn More

11
Get a personalized look at Medellín’s most famous places and people during this 7-hour private sightseeing tour. Explore Medellin’s downtown and ascend to the Santo Domingo Savio Library by aerial cable car for panoramic city views. Then visit the colonial-style El Pueblito Paisa and take a mini excursion exploring the life of notorious Colombian drug kingpin Pablo Escobar.
...  More
From
US$125.00
Price varies by group size
From
US$125.00
Price varies by group size
Learn More

1
Witness the remarkable rebirth of Medellín from a capital of violence to a city of progress during this 4-hour sightseeing excursion. Journey by Metro Cable up to Santo Domingo, a neighborhood that's become a symbol of the renaissance now transforming this Colombian city’s reputation for violence and cocaine. Then head to the city’s busy downtown to explore Botero Plaza and wander through Medellín’s historic city center. This city sightseeing tour also covers a guide, hotel pickup, a combination of public and private transport during the trip and a coffee break.
...  More
From
US$53.00
Price varies by group size
From
US$53.00
Price varies by group size
Learn More