How to Spend 3 Days in Mumbai 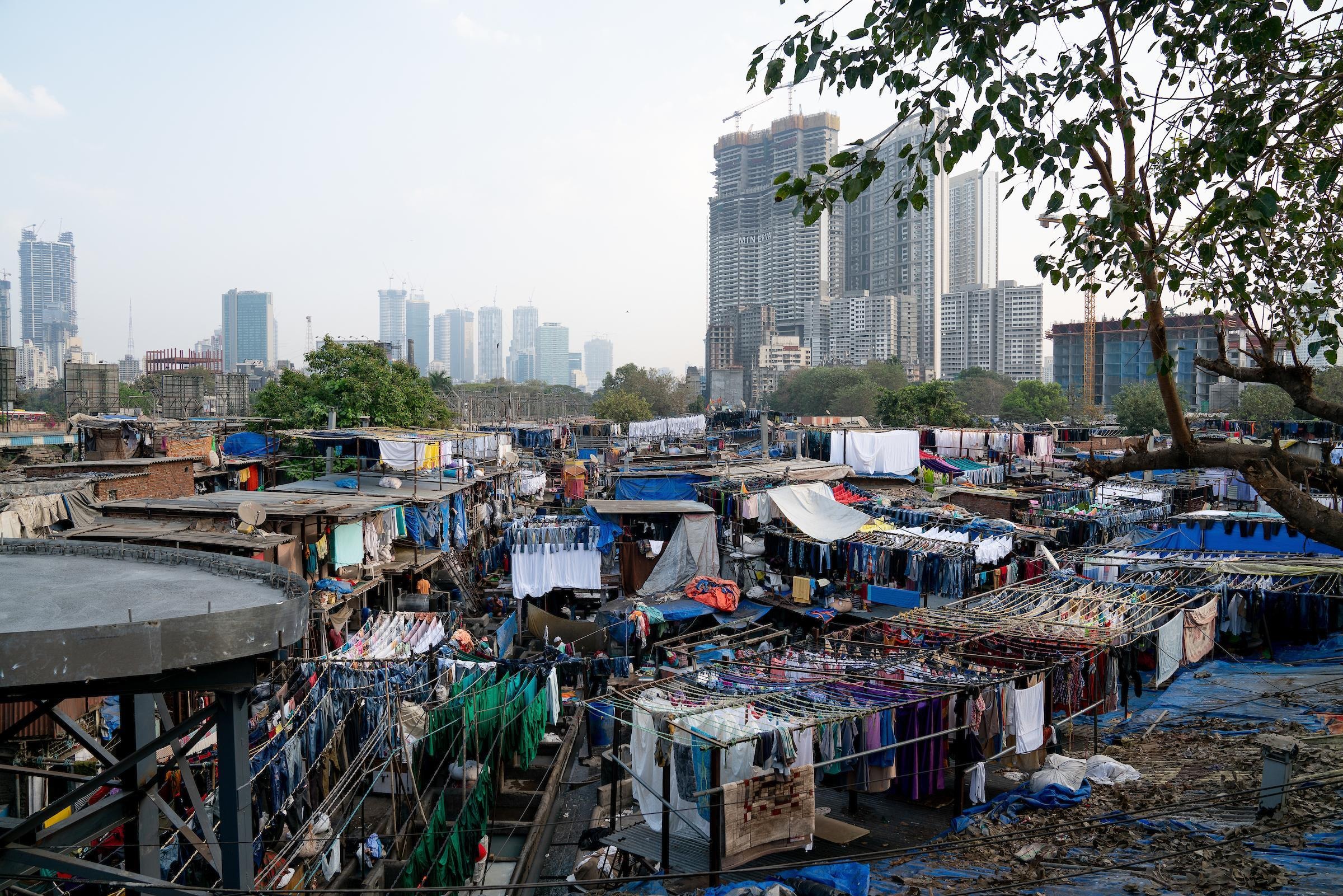 With three days in Mumbai, you’ll have time enough to really get a feel for the city, from its blockbuster tourist sights to its thriving houses of worship, with plenty of time to shop, sample local food, and visit surrounding historic attractions. Here’s one way to do it.

Day 1: The Best of Central Mumbai

Spend your first day exploring the sights of central and southern Mumbai. Start at Mahalaxmi Temple, one of the most important Hindu temples in the city. Then stop by Dhobi Ghat to take a few photos of the world’s largest laundry operation before continuing to Haji Ali, a mosque and Sufi shrine situated at the end of a long pier jutting into the sea. From here, head south to the popular flea market Chor Bazaar, a great place for people watching, before visiting Mani Bhavan, a museum dedicated to Gandhi and the Indian Independence Movement. Continue on to the Hanging Gardens, a popular park full of intricate topiary; try to make it in time to watch the sunset over the sea. Finish your evening at nearby Chowpatty Beach, a popular coastal hangout spot best known for its ample street-food stalls and a great place to graze for dinner.

Spend your second day delving deeper into southern Mumbai, visiting popular architectural sights such as Chhatrapati Shivaji Terminus railway station, one of the world’s finest examples of Indo-Saracenic architecture and a UNESCO World Heritage Site. Also visit the Bombay High Court, another fine example of colonial architecture, before making your way to the Colaba neighborhood in the heart of touristy Mumbai. From here, hop a ferry to Elephanta Island to see the Elephanta Caves, a collection of Buddhist and Hindu rock-hewn caves dating to the seventh century. Alternatively, spend your afternoon shopping at the sprawling Crawford Market or opt for a cooking class where you can learn to make South Indian dishes. Either way, sample street food favorites such as puffed-ricebhel puri andpav bhaji, spiced potato curry.

For your final day, head out of town to visit area ancient cave temples. A nearby option is the Kanheri Caves in Sanjay Gandhi National Park, 109 basalt caves carved between the first century BC and the 10th century AD that served as Buddhist monastic dwellings. Alternatively, head farther afield to the Bhaja and Karla Caves, two complexes about 20 minutes apart by car. Each boasts rock-hewn cave structures dominated by Buddhist shrines and monastic dwellings, many dating back to around the first century BC. Return to Mumbai for a final dinner of South Indian cuisine, either in a restaurant or gathered from your favorite street-food stalls.

8 Tours and Activities | All Mumbai Tours

92
Experience Mumbai (Bombay) through its cuisine on this four-hour evening walking tour. Your expert local guide shares the diverse culinary delights cooked up in humble street stalls throughout the busy city, which are not easily selected without an insider's knowhow. During your tour, you'll sample eight to ten of Mumbai’s favorite snacks, desserts and beverages, and learn about key elements in Indian cooking. Travel with a small group limited to six people, ensuring a personalized experience with like-minded food lovers.
…More
From
US$25.65
From
US$25.65

27
Experience the best of Mumbai in a single day on this private tour. Traveling by private air-conditioned vehicle with a guide to organize the details and provide insight, see highlights like the Gateway of India and UNESCO-listed Chhatrapati Shivaji train station as you discover Mumbai’s history and culture. Plus, visit the Mani Bhavan Gandhi Museum, view Dhobi Ghat, drive the ‘Queen’s Necklace’ of Marine Drive, and more. Hotel pickup and drop-off and entrance fees included.
…More
From
US$96.16
From
US$96.16

4
See the best of Mumbai and visit some of its star attractions on this full-day tour. Take photos as you drive past 34 city landmarks, and stop to visit the Taraporewala Aquarium and Prince of Wales Museum (own expense). Plus, take in Marine Drive and the Hanging Gardens, and ride a coastal ferry to admire the city’s skyline. Transport, ferry, selected admissions, and hotel pickup and drop-off for groups of four or more are included.
…More
From
US$51.29
Price varies by group size
From
US$51.29
Price varies by group size

Shopping and Bazaar trail in Mumbai

3
It can be hard to know where to shop and how to haggle in Mumbai’s many bazaars. Take a break from sightseeing, and spend a day talking, walking, and shopping with a local guide. Find one-of-a-kind souvenirs and great bargains in Mumbai's quaint shops. Browse the Phool Gully flower market, Crawford produce market, and Colaba Causeway. Wear comfortable shoes, and get ready to experience the essence of India.
…More
From
US$92.31
Price varies by group size
From
US$92.31
Price varies by group size
Face masks required for travelers in public areas
Face masks required for guides in public areas
Face masks provided for travelers
Learn More
Taking safety measures

Located on the edge of the bustling city of Mumbai are the Kanheri Caves, known for the Buddhist shrines carved into the hard rock. This private excursion is just a short trip from Mumbai and is a great way to learn more about the early Buddhist settlers who lived here and spread the teachings of Lord Buddha.
…More
From
US$108.00
Price varies by group size
From
US$108.00
Price varies by group size

5
Mumbai is of the world’s biggest and busiest cities, and navigating the bustling streets to explore independently can be tough. On this tour—ideal for travelers short on time—begin with pickup at your Mumbai accommodation and hit the highlights with your guide in one day. Discover top attractions like the Gateway of India, take a Portuguese heritage walk through Khotachiwadi, and visit the magnificent Siddhivinayak Temple.
…More
From
US$108.68
Price varies by group size
From
US$108.68
Price varies by group size
Face masks required for travelers in public areas
Face masks required for guides in public areas
Face masks provided for travelers
Learn More
Taking safety measures

Mumbai’s markets are the beating heart of India’s largest city, but their commotion and maze-like lanes can seem daunting. This walking tour takes you to four of the best, so you can experience their colors and crowds, and browse and buy with tips from a guide. Explore historical Crawford Market and the fabric hotspot of Mangaldas Market, roam the Kalbadevi and Bhuleshwar bazaars, and discover secret shopping haunts that many visitors miss.
…More
From
US$46.00
From
US$46.00

2
Get an inside look into Mumbai’s cuisine on a private market tour and cooking experience with a local home cook. Meet your host for drinks and snacks in an apartment, and shop at Crawford Market for fresh ingredients. Then, enjoy an in-home class, making vegetarian specialties like sweet 'daal' (Gujariti lentils) and 'puris' (puffed bread). Afterward, savor them as a delicious meal, served in royal Indian style on a silver 'thali' platter.
…More
From
US$80.88
From
US$80.88
Face masks required for travelers in public areas
Face masks required for guides in public areas
Hand sanitizer available to travelers and staff
Learn More
Taking safety measures