Welcome to Viator!
By creating an account, you agree to our Terms & Conditions and Privacy Policy.
We're creating your account. This may take a few seconds...
Account creation successful! Thank you.
Something went wrong. Please try again on the sign up page.
Questions? (888) 651-9785(888) 651-9785
When are you traveling?
Select Dates
Recommendations
All Recommendations
Must-See Museums in Osaka
How to Experience Cherry Blossom Season in Osaka
Things to Know About Food Culture in Osaka
Nara Tours from Osaka
How to Spend 3 Days in Osaka
Kyoto Day Trips from Osaka
Food Lover's Guide to Osaka
How to Spend 2 Days in Osaka
Price
US$0
US$500+
Duration
Time of Day
RatingClear
Specials

How to Spend 2 Days in Osaka 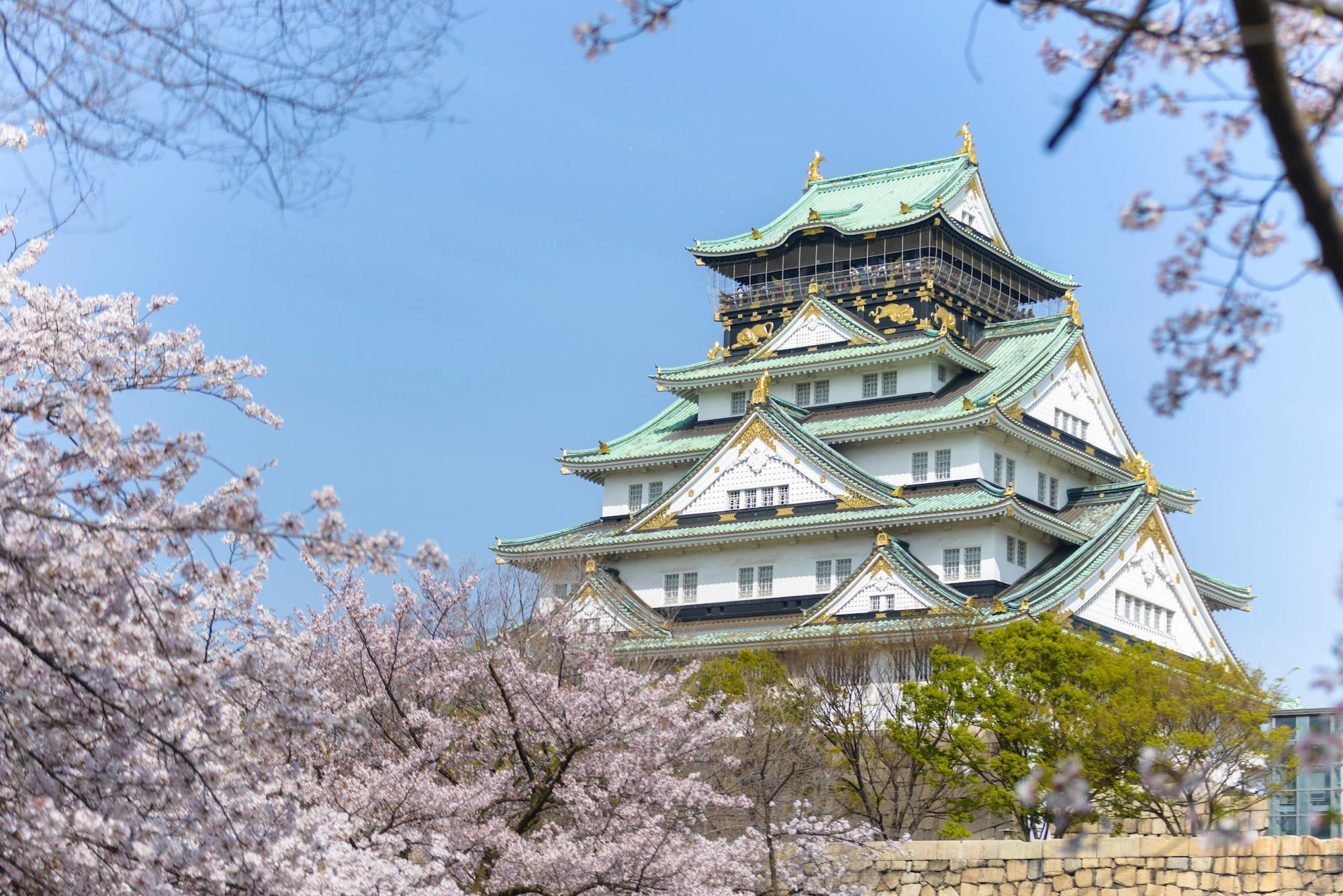 Two days in Osaka allow you time to thoroughly explore the thrilling city, with its contrasting neon-lit center and traditional backstreets, as well as venture to nearby Nara for stunning temples and a brush with nature. Here’s how to spend 48 hours sightseeing, eating, and reveling in one of Japan’s most fun cities.

**Morning:**Begin your stay in Osaka with a group or private tour of its top sights. Tours typically include stops at must-sees such as Osaka Castle, Shitennoji Temple, and the Dotonbori district. Alternatively, a hop-on hop-off bus and boat tour allows you to create your own itinerary and typically includes a public transit pass.

**Afternoon:**After seeing the sights from a vehicle, get a closer look on an afternoon walking tour that reveals gems hidden amongst the main landmarks. Walking tours often include admission to places such as Osaka Castle, as well as a river cruise around nearby Nakanoshima island.

**Night:**Get a taste of the culinary delights upon which the city built its reputation as a foodie hot spot on an evening street food tour of downtown Osaka. Feast on local classics including grilled seafood, meat skewers, and savory pancakes, as well as thetakoyaki (battered octopus balls) for which the city is known.

**Morning:**Begin your second day with a visit to the world’s largest aquarium. The Osaka Aquarium Kaiyukan is home to an enormous variety of sea life, from seals and penguins to whale sharks and manta rays. Prebooking skip-the-line tickets saves time; some packages also include a cruise on the bay.

**Afternoon:**Head for the charming nearby city of Nara, a UNESCO World Heritage Site, to explore its temples, shrines, and reserve home to more than 1,000 free-roaming deer. Afternoon tours from Osaka typically include hotel pickup and drop-off plus round-trip train travel.

**Night:**Conclude your Osaka visit with an evening food and drink tour. A small-group tour takes you to some bars and restaurants missed by most visitors and introduces you to the best of local cuisine, such askushi katsu (fried food on sticks), dote nikomi (slow-cooked meat), andtonpeiyaki (grilled pork and egg).

6 Tours and Activities | All Osaka Tours

136
Go off the beaten track—and avoid tourist traps—on this nighttime walking tour of Osaka. In a small group of no more than six people head for the foodie districts of Tenma and Kyobashi to sample local dishes, enjoy a few drinks, and get to know the locals.
…More
From
US$109.00
Price varies by group size
From
US$109.00
Price varies by group size
Face masks required for guides in public areas
Guides required to regularly wash hands
Regular temperature checks for staff
Learn More
Taking safety measures

8
It can be overwhelming to figure out what to eat on your first time in Osaka. Let an English-speaking guide take you and your friends on this small group street food tour. Discover new foods and flavors, and let your guide personalize the tour to your tastes. Taste foods like oden, okonomiyaki, and takoyaki, and down a few beers if you'd like, at food stalls recommended by your guide.
…More
From
US$143.80
Price varies by group size
From
US$143.80
Price varies by group size
Face masks required for travelers in public areas
Face masks required for guides in public areas
Hand sanitizer available to travelers and staff
Learn More
Taking safety measures

4
Don’t leave visiting Osaka’s most enticing eateries to chance, guarantee culinary delights on this private 3-hour food tour of downtown Osaka. Alongside a gastronome guide, you’ll visit popular bars and food stalls to feast on Japanese classics including grilled seafood, meat skewers, savory pancakes, and Asian-style pizza. Wash it down with included beer, sake, and soft drinks, and absorb the vibrant atmosphere and bright lights of downtown Osaka. Hotel pickup and drop-off are included.
…More
From
US$192.83
Price varies by group size
From
US$192.83
Price varies by group size

34
Discover the historic environs of Nara, a UNESCO World Heritage site, as you explore its temples, shrines and famous deer park on this excursion from Osaka. Visit Todaji Temple, one of the oldest Buddhist temples in Japan, before seeing Kasuga Shrine, which features over 3,000 stone and bronze lanterns. Then stop by Nara Park, a 1,250-acre reserve that’s home to more than 1,000 free-roaming deer. Your Nara excursion also includes rail tickets between Osaka and Nara, a guide, and all entrance fees.
…More
From
US$105.19
From
US$105.19
Face masks required for travelers in public areas
Face masks required for guides in public areas
Face masks provided for travelers
Learn More
Taking safety measures

3
Choose your own adventure in Osaka thanks to this fully-customizable 8-hour private tour. Travel aboard your very own chartered bus, limo or van as you explore a range of of Osaka’s most unique sights. Depending on your interests you might visit historic Osaka Castle, explore Shitennoji Temple, eat and drink your way through the Dotonbori district or take in the views from the Umeda Sky Building. A driver, chartered vehicle and round-trip transport from Central Osaka are included.
…More
From
US$750.07
per group
From
US$750.07
per group
Face masks required for travelers in public areas
Face masks required for guides in public areas
Hand sanitizer available to travelers and staff
Learn More
Taking safety measures