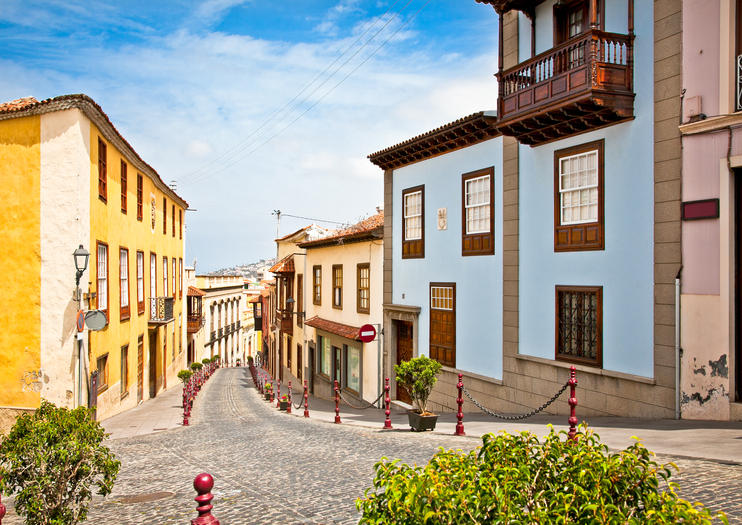 La Laguna (or San Cristóbal de La Laguna) might have passed its role as capital over to Santa Cruz in 1723, but the lively student town remains one of Tenerife’s most important cities, linked by tram to Santa Cruz. Listed as a UNESCO World Heritage site in 1999, the Old Town of La Laguna is most famous for its colonial architecture and strolling the cobblestone streets unveils a number of historic gems, including the elegant townhouses of Las Casas Consistoriales and a number of noteworthy churches.

Don’t miss a visit to the landmark Church of the Conception, where you can take in the views from the bell tower;  the early 20th-century Teatro Leal, with its exquisite interior paintings and murals; and the bustling marketplace of Plaza del Cristo. The city is also home to some of the island’s most important museums, so you can brush up on local history at the Museo de Historia, then indulge in some interactive fun at the innovative Museo de Ciencia y El Cosmos  (Museum of Science and the Cosmos).
Address: San Cristobal de La Laguna, Santa Cruz de Tenerife, Spain
Read MoreShow Less