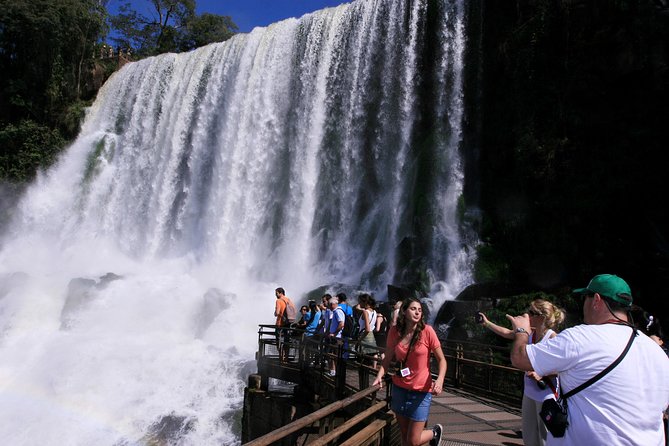 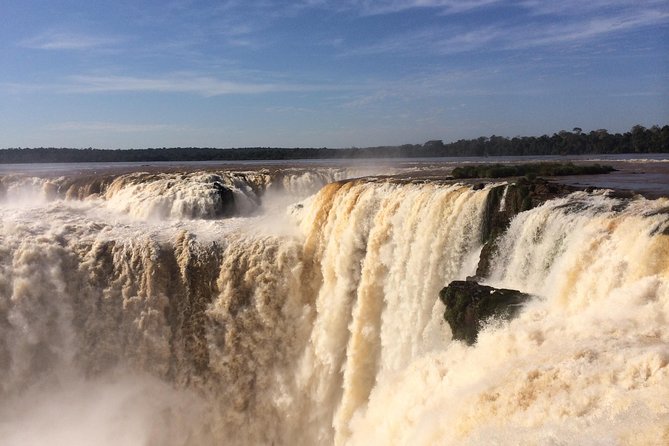 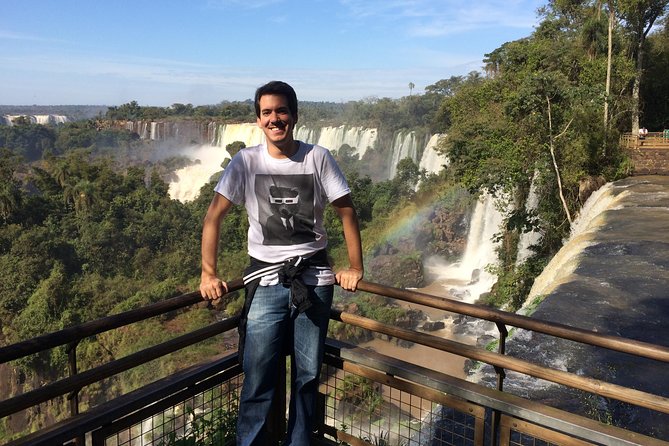 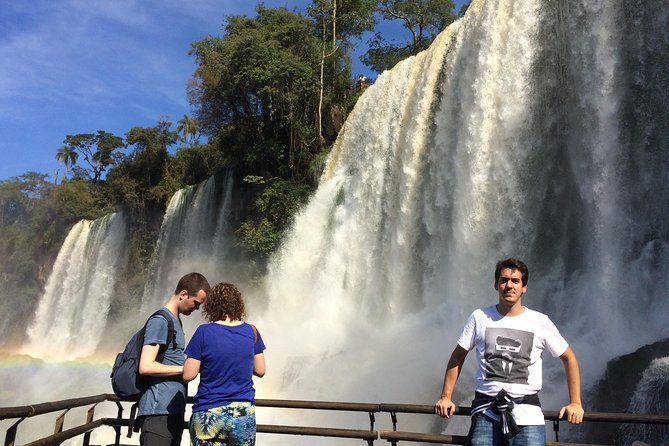 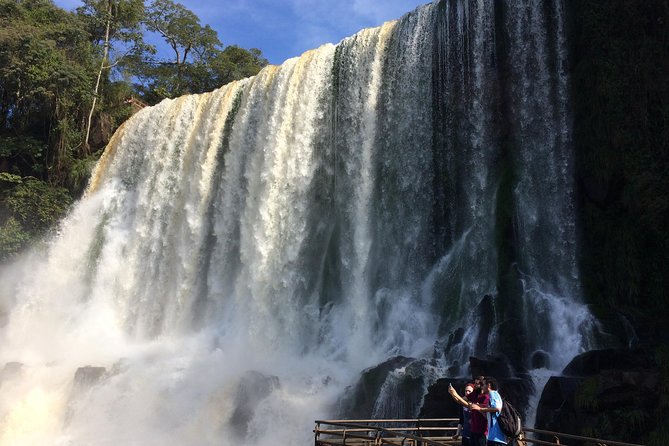 Travel to the Argentinian side of Iguazu Falls on this full-day trip from Foz do Iguaçu. With a local guide, admire the falls from the other side, crossing the border at the infamous Devil's Throat. Explore the Upper Circuit and Lower Circuit as well, listening to engaging commentary from your local guide along the way. You must have a valid passport to participate in this tour. Round-trip transportation from Foz do Iguaçu hotels is provided.
Saved to wishlist!

Traveler pickup is offered
Roundtrip transfer to your selected hotel in Foz do Iguaçu or Puerto Iguazu. Please stay at the hotel lobby 10 minutes before pick up time. If your hotel is not listed, please provide us your hotel name and address so we will arrange the nearest meeting point for your convenience.

Following pickup at your hotel in Foz do Iguaçu, travel from Foz do Iguaçu, Brazil, to Iguazú National Park in Argentina to explore the Upper Circuit, Lower Circuit, and Devil's Throat. All tour participants must have a valid passport in their possession.

The 275 waterfalls that make up stunning Iguazu Falls straddle the border of Brazil and Argentina and sit not far from Paraguay.

Arrive at the Lower Circuit in Iguazu National Park on the Argentinian side. Walk a trail that is 0.8 miles (1.3 km) long and allows views of smaller falls like Carlos Bozzetti Waterfall. Continue to the Upper Circuit at the top of the waterfalls and catch panoramic views of the area on both sides of the border, including San Martin Island. On the Brazilian side, marvel at Devil's Throat, a 262-foot (80-meter) waterfall that is the largest in both parks. At an impressive altitude of 262 feet (80 meters), Devil's Throat is where the most water pours through the falls and is a must-see stop.

After your day of exploration on the Argentinian side of Iguazu falls, return to your Foz do Iguaçu hotel for drop-off.

Itinerary
Stop At:
Iguazu Falls
Get inside the National Park and see the amazing waterfalls. There's not much in the world that compares to the 275 waterfalls that make up stunning Iguassu Falls, which straddles the border of Brazil and Argentina and sits not far from Paraguay. On this tour, you'll travel from Foz do Iguaçu, Brazil, to Iguazú National Park in Argentina to explore the Upper Circuit and Devil's Throat.
... MoreLess
Duration: 2 hours
Admission Ticket Not Included
Stop At:
Garganta del Diablo
Once the tour started, every 30 min a train leaves to the superior part of the falls. First stop is the most traditional point, after the bus or van drive through the park until reach the point to start the trails and walkaways; in the end of the trail, you will find the Garganta do Diabo, the biggest waterfall in the park. Garganta do Diabo (Devil´s throat) is a footbridge of 2080 meters that give access to one of the most beautiful natural spectacles on earth. Make a stop to behold and absorb all the nature and landscape around.
... MoreLess
Duration: 30 minutes
Admission Ticket Not Included
Stop At:
Cataratas del Iguazu - Lado Argentino
Start the second part of the tour, Called Circuito Superior (Upper Circuit). When you reach the top, you will be able to see all the high points of the park. If it is a sunny day, you will watch a gorgeous rainbow. There you can visit six observatories and spaces that you can relax and appreciate the view. The Upper Circuit, which is wheelchair accessible, allows you to see the top of the majestic falls on the Argentina side and enjoy a breathtaking panoramic view of the area. The view stretches from the Argentinian falls to San Martin Island and parts of the Brazilian falls.
... MoreLess
Duration: 1 hour
Admission Ticket Not Included
Stop At:
Iguazu Falls
If you choose the option with Brazilian side of the falls, you will have the chance to get a different and also beautiful perspective of the falls. This must-see tour provides an unforgettable view formed by the massive group of waterfalls of Iguassu. Once inside the park, the van or bus will drive until you reach the trails and walkways that face the falls. We will walk 40 minutes to 1 hour through the trails and walkways facing the falls on the Brazilian side and panoramic view of the Argentinian side
... MoreLess
Duration: 2 hours
Admission Ticket Not Included
Show 2 More Stops

See all safety measures taken by Day Trip to the Argentinian Side of Iguassu Falls from Foz do Iguaçu.

Bus ToursNature and WildlifeWalking ToursWalking & Biking ToursDay Trips & ExcursionsOutdoor ActivitiesTours & SightseeingFoz do IguacuPuerto IguazuBus Tours - South BrazilNature and Wildlife - South BrazilWalking Tours - South BrazilCategory
Lowest Price Guarantee
We guarantee the lowest price on all 200,000+ experiences we sell. If you find the same product cheaper within three days of booking or while you're in your destination, we'll refund the difference.
It's Easy To Do

If everything checks out, we'll refund you the difference between the two prices.
Refund Terms & Conditions
0/0
Read MoreRead Less

This review is an automatic translation
0
0/0
Close