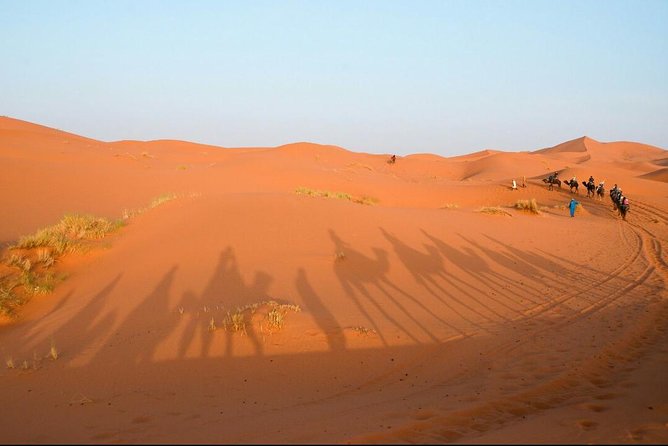 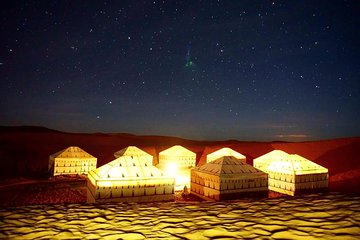 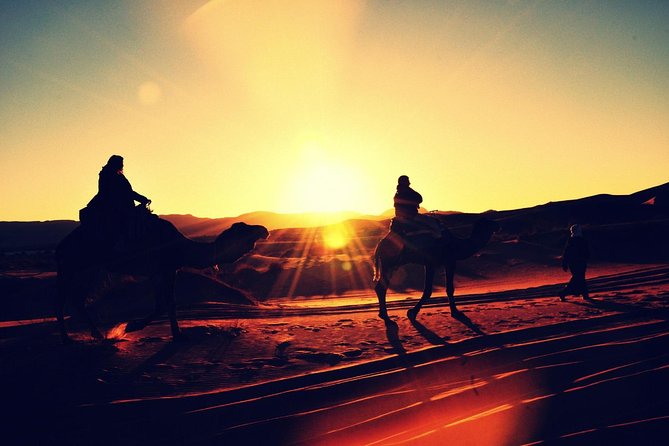 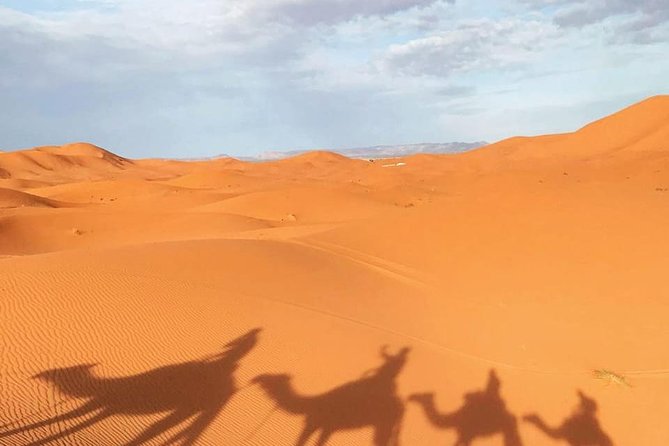 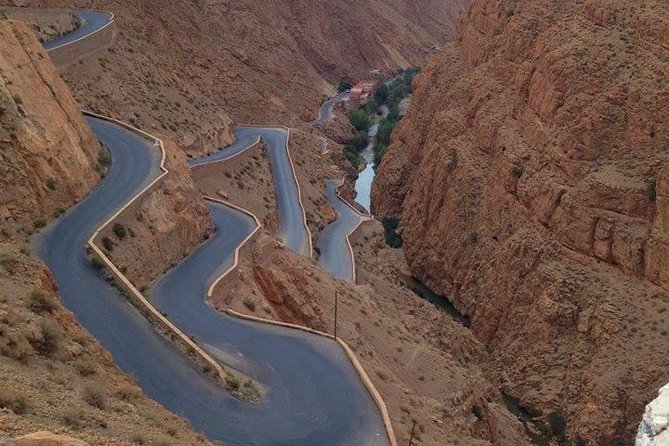 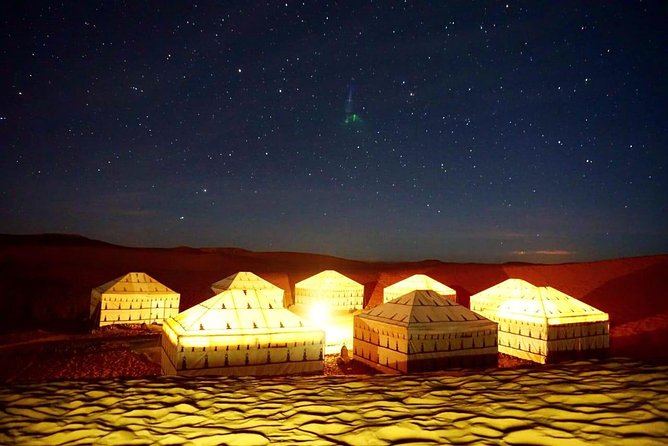 Lowest Price Guarantee
Free Cancellation
up to 24 hours in advance

Experience the Moroccan desert on this 3-day trip from Marrakech to the small town of Merzouga. You’ll start off by crossing the Atlas Mountains and visiting the UNESCO World Heritage Site Ait Ben Haddou Kasbah. One night will be spent at a traditional Berber camp among the dunes. Accommodations on the first night will be a hotel in the Dades Valley.

5.0
43 Reviews
5 stars
4 stars
3 stars
2 stars
1 star
Reviews by Viator travelers
Highlight of our trip to Morocco
orphajean
, Jan 2020
Rachid (the owner) was all around outstanding. He was knowledgeable, well-organized, and we enjoyed his personalized stories. Our driver, Moha, was extremely safe, courteous and professional. They both welcomed us like family, and they made a special effort to share the beauty and the history of their country with us.
... MoreLess
Response from Host , Feb 2020
Dear Jean, Thank you so much for taking the time to write your review of our property, your comments are very much valued. We really appreciate your kind words and many thanks for your recommendation. Thank you again, and we look forward to seeing you on your next trip to Morocco . Best Regards, Rachid.
... MoreLess

Danjik
Imlil Guided day trip | Dec 2019
The tour to Imlil was excellent experience. Our driver was very knowledgeable and friendly. Our driver Shuaib was really good driver. At Imlil our guide Hassan was also really good. First we did go up in the hill to get better view of the Imlil. Then we planned the trekking trip together that we are going to do. Our guide Hassan at Imlil knew the area like his own pockets. Also he adjusted the pace for our needs as I had leg injury last summer so I couldn't go really fast. That was really nice. We did go top of the hill and walked around the valley in circular motion so we could see the mountains and valley in every direction. Also we did go to waterfall and enjoyed really good freshly squeezed orange juice. I mean really fresh as it was squeezed in front of us. It was only 10dirhams/1euro per glass. On the way to get lunch we saw some donkeys and wondered how it would feel like riding a donkey. Hassan heard it and started calling people :D he arranged us donkey ride on the fly and it was cheap. Given we took it in the end from one village to next one where our lunch was. It was really nice from him to arrange that. At the end we had authentic meal at the terrace of berber family. It was really good. I would recommend this tour to everybody. Everyone were really friendly and helpful. All our needs were fulfilled.
...Read more

Mustapha, who picked us up from our...

Mustapha, who picked us up from our Riad, and our driver/guide, was amazing! He navigated the zigzag roads easily and expertly altho I must say, you need a strong stomach for those hairpin curves!. Once we got to the UNESCO world heritage site, the local guide, Mohammed, was knowledgeable and patiently explained the history of the Ksar Ait Ben Haddou. The breakfast and lunch were substantial breakfast came with the package, lunch we had to oay once there at the restaurant. Restrooms were generally clean. After Ben Haddou, we traveled about half an hour to get to Ouazarzate. Since we were not so keen to either go to the film museum or the Atlas film studio, we opted to just see the kasbah 20Dirhams entrance fee. I think we could have skipped the kasbah because Ben Haddou was spectacular enough for us. If you are going to Ouazarzate, I suggest better to tour the film studio. On the way, we also stopped at a lookout point to take photos of the snow-capped Atlas mountains. Beautiful. Overall, we were very satisfied with this tour.

This was a great tour. Our guide...

This was a great tour. Our guide picked us up from our Riad and drove us out to the Atlas Mountains. We stopped at a Berber house for breakfast and mint tea, then we stopped and rode camels for about 20 minutes, the baby camel was adorable and gave us kisses. Then we drove on further, and stopped to hike up to some waterfalls. There were great views from the top. We did some shopping in the Berber village and had lunch by the river. After lunch we headed back toward Marrakech. We stopped to do some quad biking on the way, So Fun! It was a busy but relaxing day. Our guide was great and full of information about Morrocco. The tour is a bit pricy but worth it. It is a private tour, so it was just me, my friend, and our guide all day. I would definitely recommend this tour.