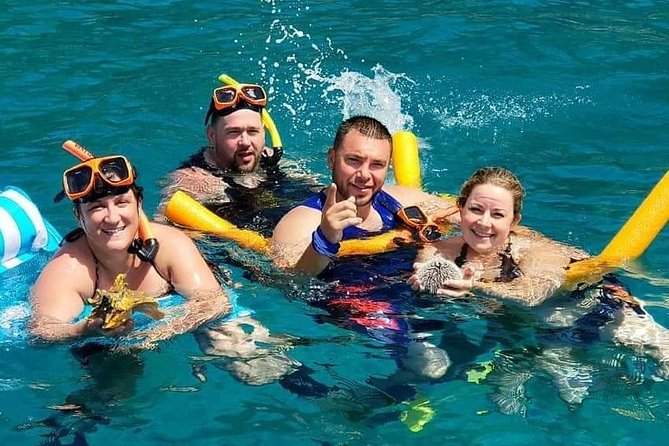 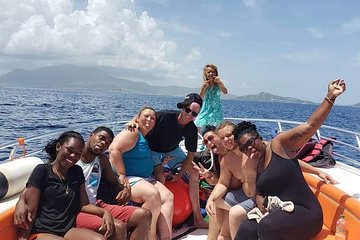 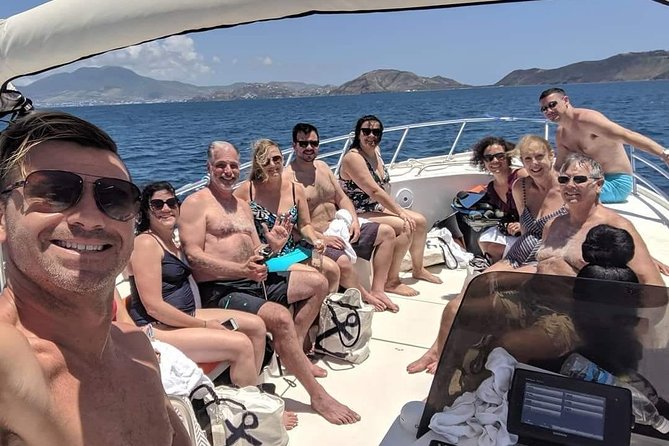 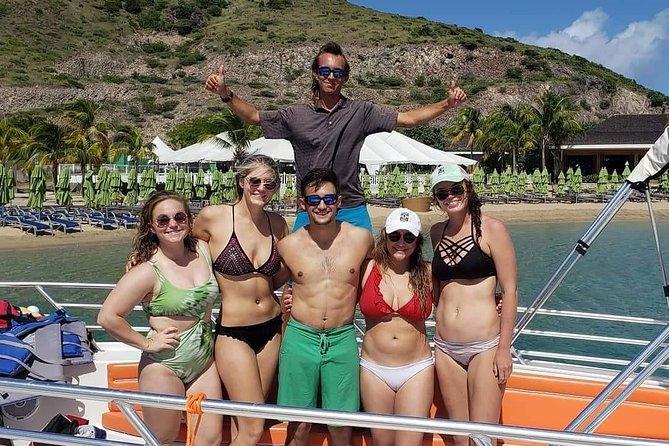 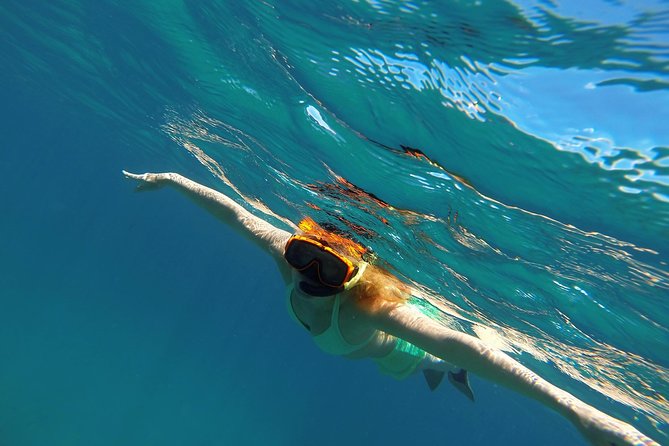 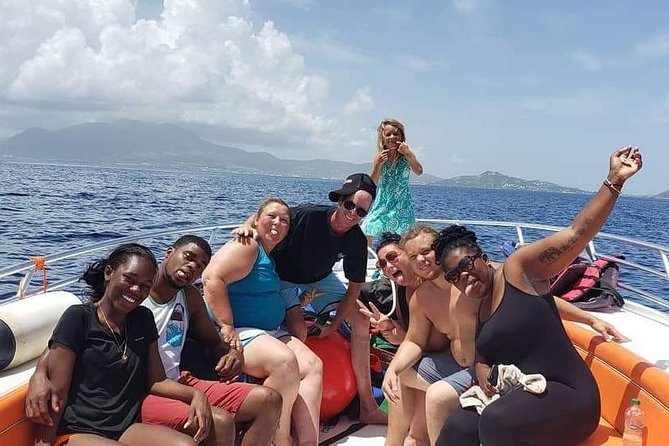 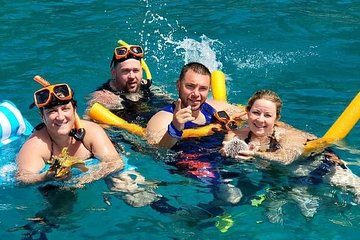 Discover the beautiful underwater world around St. Kitts and Nevis on a small-group snorkel tour from Turtle Beach. Cruise along the turquoise waters of the Caribbean until you reach Shitten Bay, a renowned snorkel spot home to turtles, stingrays, and many tropical fish species. Tours are capped at 15 travelers for a more personalized experience.

The answers provided below are based on answers previously given by the tour provider to customers’ questions.
Q:
What is the maximum group size during Scenic Speed-Boat Snorkel Tour?
A:
This activity will have a maximum of 12 travelers.

Timothy Hill Turtle BeachBerkeley MemorialMt. LiamuigaWingfield EstateBloody PointBrimstone Hill Fortress National ParkClay Villa Plantation House Independence SquareSt. Kitts Scenic Railway
Lowest Price Guarantee
We guarantee the lowest price on all 200,000+ experiences we sell. If you find the same product cheaper within three days of booking or while you're in your destination, we'll refund the difference.
It's Easy To Do