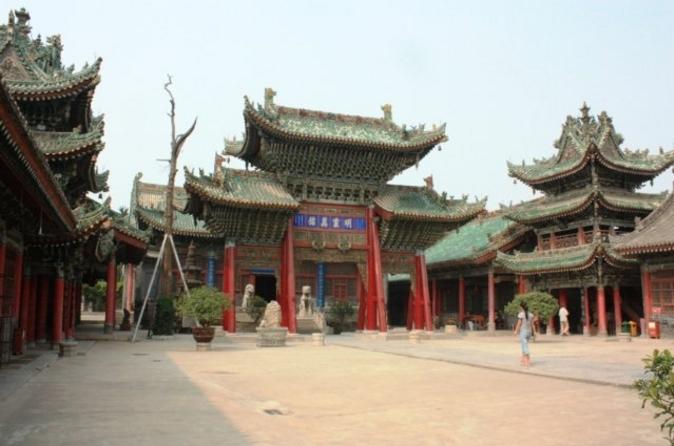 See Similar Products
Free Cancellation
up to 24 hours in advance

Explore the tombs and temples of Xi'an and sample some cuisine on this tour that introduces you to China’s ancient history, local flavors and religious traditions. Meet your local guide in central Xi'an, and start your tour with a drive in a private vehicle to the Tomb of Emperor Jingdi. This understated but stunning tomb rivals the Terracotta Warriors and is an extraordinary archaeological site.

See Emperor Jingdi’s impressive collection of treasures as you walk around the underground museum. Learn about the fascinating life of this Han Dynasty emperor, and hear about ancient Chinese burial traditions. Eighty-one burial pits radiate from the central mound of Emperor Jingdi’s tomb; they are filled with terracotta human figures, animal figures, remains of wooden chariots and various goods to be used by the emperor in the afterlife. After walking around the tombs, watch a short 3D film about Emperor Jingdi’s life.

Continue your adventure by traveling to the town of Sanyuan to meet locals who operate small snack stalls. Sample some of the unique flavors of Xi'an, such as flour noodles, local pickles and flour soup.

Then travel to the Temple of City God, built in 1387 during the Ming Dynasty. The temple’s interior is filled with amazing Daoist architecture. Admire the beautiful wooden carvings that depict various animal motifs, such as dragons and phoenix, and learn about the Daoist view of the afterlife.

Finally, head to a local restaurant to try delicious dishes such as sesame noodles, spicy lamb burgers and fresh stir-fried greens. After your meal, your tour concludes at the Bell Tower.
Read MoreShow Less

Category
Lowest Price Guarantee
We guarantee the lowest price on all 200,000+ experiences we sell. If you find the same product cheaper within three days of booking or while you're in your destination, we'll refund the difference.
It's Easy To Do