How to Spend 1 Day in Baku 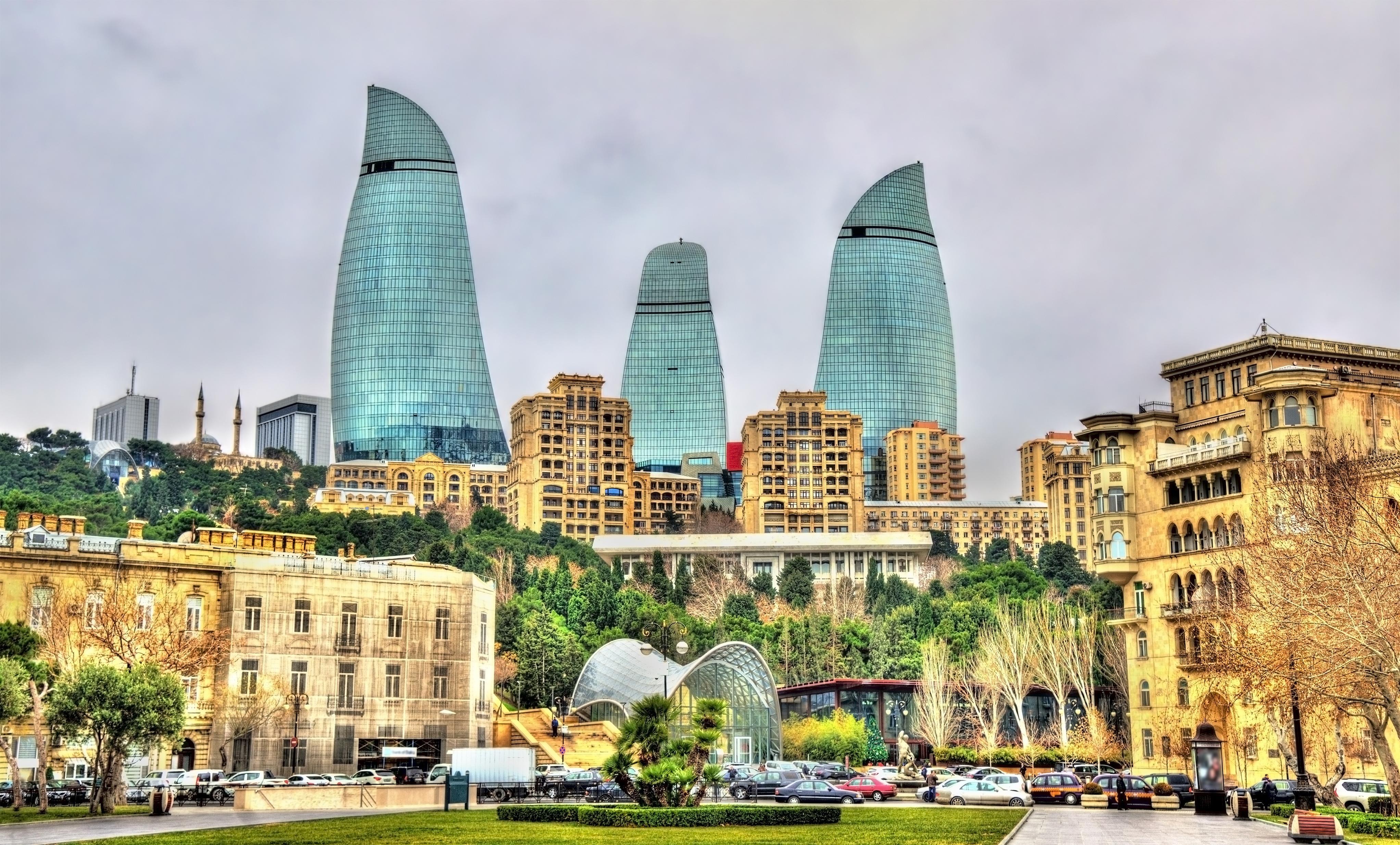 With just one day in the Azerbaijani capital, you can explore its architectural gems, Soviet legacy, seaside promenade, and the Old City, a UNESCO World Heritage Site. Here’s how to get the most out of 24 hours in Baku.

If you’re a first-time visitor to Baku, get oriented this morning with a sightseeing tour through the city streets. Learn about Baku’s history, from the fifth century to the Soviet era and independence, as you visit sites such as the Maiden Tower, Palace of the Shirvanshahs, Flame Towers, Fountains Square, and the Azerbaijan Carpet Museum. Take a stroll on the breezy Baku Seaside Boulevard and ride on the Baku Funicular to snap photos of the city from a panoramic viewpoint.

This afternoon, experience the bathhouse, or hammam, long an important institution in Azerbaijani culture. Cycle between hot and cold in the sauna and plunge pools before enjoying a traditional treatment, such as a salt scrub or body massage. If you’d prefer something more active, spend the afternoon exploring Gobustan National Park—a UNESCO World Heritage Site—and the active mud volcanoes that line the Azerbaijani coast nearby.

Night: A Taste of Azerbaijan

Polish off your day in Baku with a gastronomy-themed walking tour through the picturesque Old City. Learn about the country’s culinary heritage while sampling traditional dishes, such as dolmas, kebabs, minced mutton with herbs, and a typical local rice dish. For a more intimate experience, spend your evening in the home of an Azerbaijani family, chatting about local life and dining on a meal home cooked by the family matriarch. If you still have energy to burn, head out on the town for an evening pub crawl to some of the city’s nightlife hot spots.

7 Tours and Activities | All Azerbaijan Tours

9
Immerse yourself in the history and future of Baku on this 5-hour city sightseeing tour. Visit Ichari Shahar and other highlights to learn about the evolution of the city from the 5th century through the Soviet era and on to independence. Morning or afternoon tour options available.
…More
From
US$ 70.00
Price varies by group size
From
US$ 70.00
Price varies by group size
Face masks required for travelers in public areas
Face masks required for guides in public areas
Face masks provided for travelers
Learn More
Taking safety measures

7
Raise a glass and get ready for fun during this 3-hour pub crawl enjoying the nightlife of Baku. Make visits to five of the city’s top breweries, bars and pubs, sampling an included glass of international or local beer at each stop. Depending on the night of the week, you may even get to enjoy some live entertainment. This Baku pub crawl includes a guide and one beer, cocktail or soft drink at each of the five stops.
…More
From
US$ 45.71
Price varies by group size
From
US$ 45.71
Price varies by group size
Face masks required for travelers in public areas
Face masks required for guides in public areas
Face masks provided for travelers
Learn More
Taking safety measures

12
Azerbaijan’s capital is known both for its UNESCO-listed Old Town and its striking contemporary architecture. On this tour, discover Baku’s history and heritage; admire landmarks including the Flame Towers, Shirvanshahlar Palace, and Maiden Tower; take in the views from Upside hill; and sample typical Azerbaijan cuisine.
…More
From
US$ 175.00
From
US$ 175.00

Taste of Azerbaijan: Ultimate Cuisine Tour with Snacks and Dinner

1
Get to know Baku through its cuisine on this food tour in the Old City. You'll learn about Azerbaijani dishes and influences from Arabic and Mediterranean cultures as you enjoy tastings at select local eateries. Select your preferred departure time when booking.
…More
From
US$ 98.60
From
US$ 98.60
Face masks required for travelers in public areas
Face masks required for guides in public areas
Face masks provided for travelers
Learn More
Taking safety measures

5
See the diverse sights of Baku, both ancient and modern, lit up at night during this 3-hour nocturnal walking tour. Follow your guide on foot as you explore sights like the city’s 12th-century walls, UNESCO World Heritage-listed Maiden Tower, State Philharmonic Hall and the striking, sky-high Flame Towers. You’ll cap off your evening adventure with an Azerbaijani local beer (own expense) at the city’s Tosca restaurant. This Baku evening walking tour includes a guide and bottled water.
…More
From
US$ 42.00
Price varies by group size
From
US$ 42.00
Price varies by group size

8
Immerse yourself in the rich history of Baku, spanning centuries of kings and ancient empires, during this 3-hour Old Town walking tour. Learn about Baku’s rich legacy of historic mosques, trading squares, bath complexes, palaces and caravanserais as you explore this UNESCO World Heritage-listed district. Among the many highlights you’ll explore during your walk are the old city walls, the Shirvanshahs’ Palace and the Maiden Tower. Your walking tour also includes bottled water, entrance fees and a local guide.
…More
From
US$ 57.15
Price varies by group size
From
US$ 57.15
Price varies by group size
Face masks required for travelers in public areas
Face masks required for guides in public areas
Face masks provided for travelers
Learn More
Taking safety measures

4
Spend half a day exploring the mud volcanoes and prehistoric rock art in Azerbaijan. Your private guide will take you to the mud volcanoes in Dashgil, where the landscape has been compared to the barren surface of Mars. You’ll also get to visit the open-air museum in Gobustan to see the Stone Age petroglyphs etched into the mountainside.
…More
From
US$ 60.00
From
US$ 60.00