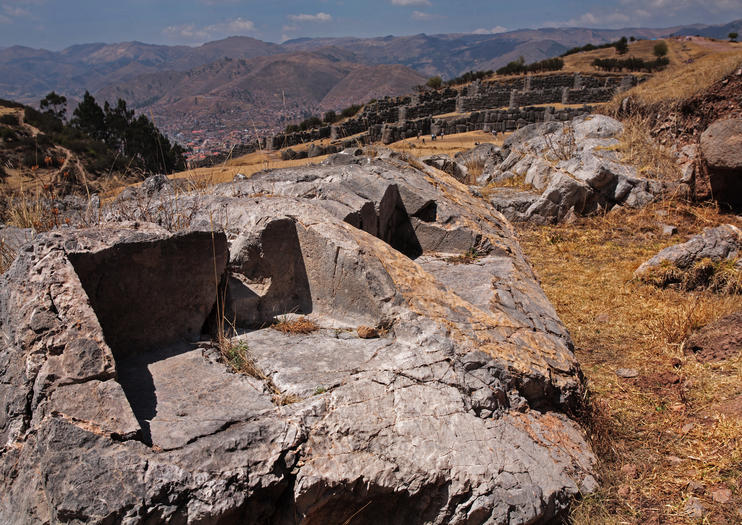 Unforgettable and crowded—those are two words that travelers might use to describe the Inca Trail. Seeing as it’s the most popular trail in Peru, the Inca Trail has become a hike that’s hard to get reservations for. Often travelers will reserve their permits up to 6 months in advance, and for travelers who couldn’t get their hands on a permit, a separate network of alternative trails provide hiking that’s arguably better.
One such trail is the Inca Quarry Trail, which winds its way above Ollantaytambo over the Sacred Valley. Over the course of this 16-mile trek, hikers will pass through small villages that are away from tour groups and crowds, and will most likely see only a handful of hikers for the duration of the three-day trip. Aside from the villages and lonely ridgelines, the trail also passes by little-known ruins left over from the Inca Empire. The crowds at these ruins are non-existent, so it’s possible to sit and reflect in silence on the history and age of the stones. The highest pass on the Inca Quarry Trail is 14,685 feet—which is attainable for hikers who are in decent health, but still requires some fitness. Finally, at the end of the serene sojourn through the Andes, ride a train to Aguas Calientes to prepare for an early, pre-dawn bus to the ruins at Macchu Picchu.

Guided treks for the Quarry Trail depart from Ollantaytambo. Most tours will drive into the countryside to the small town of Rafq’a, where horses are loaded with camp gear and supplies and the trail leads into the mountains. June-September are the driest months (and also the coldest and most popular), and considering how much elevation you gain, it’s a good idea to acclimatize in Cuzco for a couple of days before hiking.
Address: Cuzco, Peru
Read MoreShow Less

Things to do near Cusco