How to Spend 3 Days in Puglia 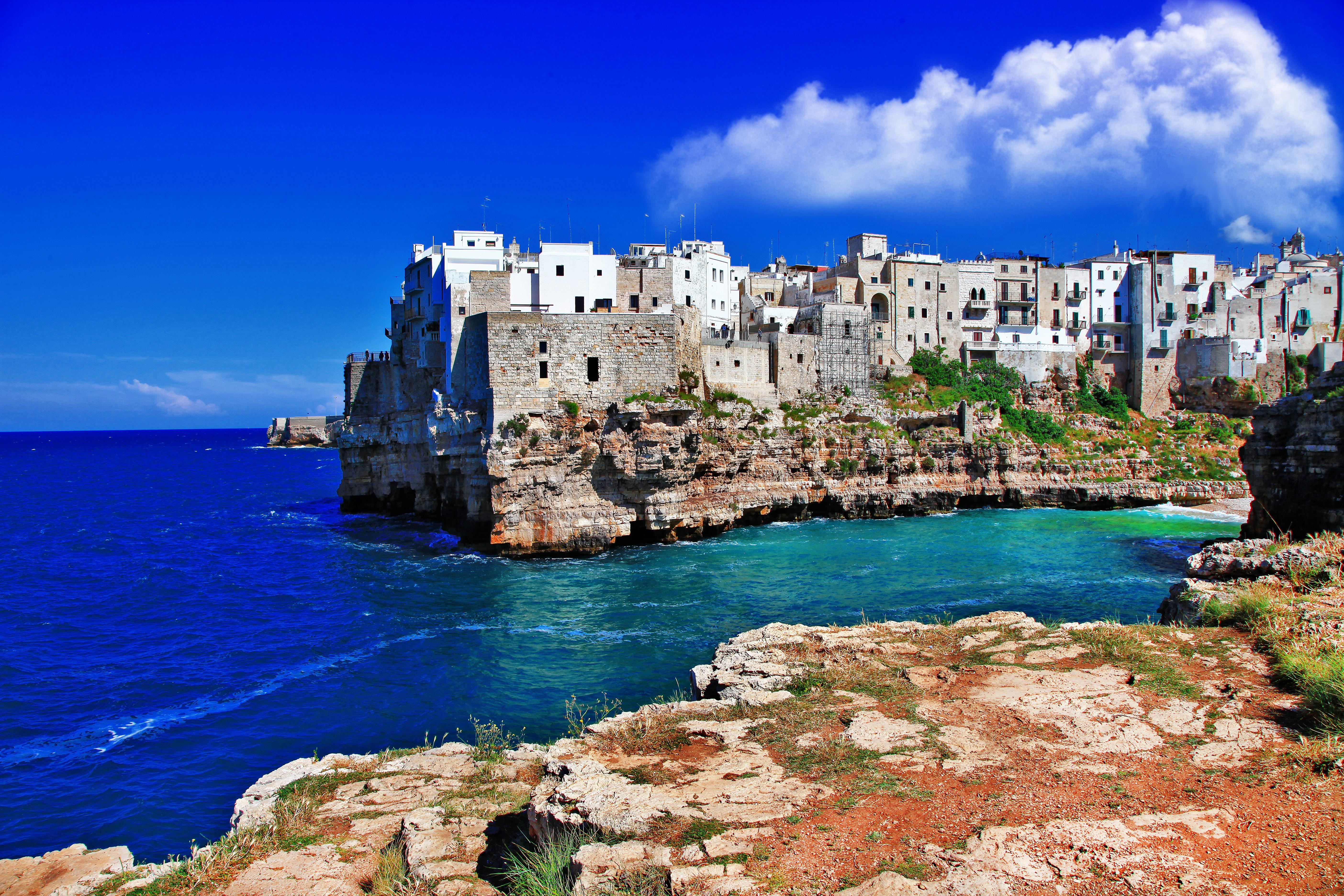 With a handful of distinctive towns running along the coast in this region of southern Italy, visitors could easily spend a week or more exploring all there is to offer in Puglia. Here are the highlights of what to see in three days.

Start your exploration of undiscovered Puglia in Bari, a city that in Roman times served as the most important port on the Adriatic coast. Today it remains the region’s main city, with thriving modern suburbs surrounding a photogenic, ancient heart. For a taste of the grand Romanesque architecture of the centro storico, explore the tangle of alleyways in the Barivecchia. Check out the Cattedrale di San Sabino and be sure to admire the austere lines of the Basilica di San Nicola, the pilgrimage church containing the relics of St Nicholas, before heading for the archaeological museum at the 12th-century Castello Normanno-Svevo. Come evening, enjoy an aperitivo and supper in sophisticated Piazza Mercantile, within sight of the worn stone lion at the foot of the Colonna della Giustizia, where debtors met death in Roman times.

Head north through the wild Puglian countryside to the UNESCO World Heritage-listed Castel del Monte near Andria to admire its peerless medieval architecture and remote setting. Travel southwest to rural Matera just over the border in Basilicata to explore more UNESCO wonders in the troglodyte cave dwellings known as sassi that line the ravine of the River Gravina. Forming two districts known as Sasso Barisano and Sasso Caveoso, they vary from simple one-room storehouses to sophisticated multi-story residences; make the most of the experience by dining in a sassi restaurant and staying overnight in a sassi hotel.

Turn to the coast once more to stop off for lunch in Alberobello and wander around its squat, beehive-shaped limestone trulli houses, some built around the 14th century and all topped with grey slate. Travel onward to the lovely Puglian town of Lecce, famous for the madcap excesses of its Baroque architecture as seen on the swirling façades of the glorious Basilica of Santa Croce, on its cathedral and the adjoining Bishop’s Palace in Piazza Duomo, as well as on the flamboyant Chiesa del Rosario. Lecce’s final surprise is the half-excavated Roman amphitheater that forms part of the town’s bar-and-restaurant-lined Piazza Sant’Oronzo. An overnight stay is the perfect opportunity to explore this Baroque beauty without the crowds.

2 Tours and Activities | All Puglia Tours

1
Visit Alberobello on a customizable half-day tour, and discover its famous ‘trulli’ houses with your own private guide. Built by peasants around 700 years ago, the whitewashed and cone-shaped dwellings are now UNESCO-listed treasures. Learn all about them as you explore, hearing how their drywalls were built, and then end the experience with a wine tasting. Sip on glasses of Puglian wine, and learn about the local grapes as you drink. Make use of round-trip transport from Bari, if you wish.
…More
From
US$ 246.71
Price varies by group size
From
US$ 246.71
Price varies by group size

18
Immerse yourself in the rich architectural array of Lecce during a private 3-hour rickshaw tour of the charming city. After selecting a departure time to suit your schedule, greet your guide and climb aboard your comfortable rickshaw. Cruise past historical highlights like the Roman amphitheater; absorb the Baroque beauty of monuments like the Basilica di Santa Croce; and delve into authentic local culture as you stop to sample local specialties in popular eateries. Receive the undivided attention of your guide on this tour.
…More
From
US$ 87.18
Price varies by group size
From
US$ 87.18
Price varies by group size
Face masks required for travelers in public areas
Face masks required for guides in public areas
Hand sanitizer available to travelers and staff
Learn More
Taking safety measures