Welcome to Viator!
By creating an account, you agree to our Terms & Conditions and Privacy Policy.
We're creating your account. This may take a few seconds...
Account creation successful! Thank you.
Something went wrong. Please try again on the sign up page.
Questions? (888) 651-9785(888) 651-9785
When are you traveling?
Select Dates
Recommendations
All Recommendations
How to Spend 3 Days in Verona
How to Spend 2 Days in Verona
Verona Architecture Guide
Romeo and Juliet in Verona
Price
US$0
US$500+
Duration
Time of Day
RatingClear
Specials 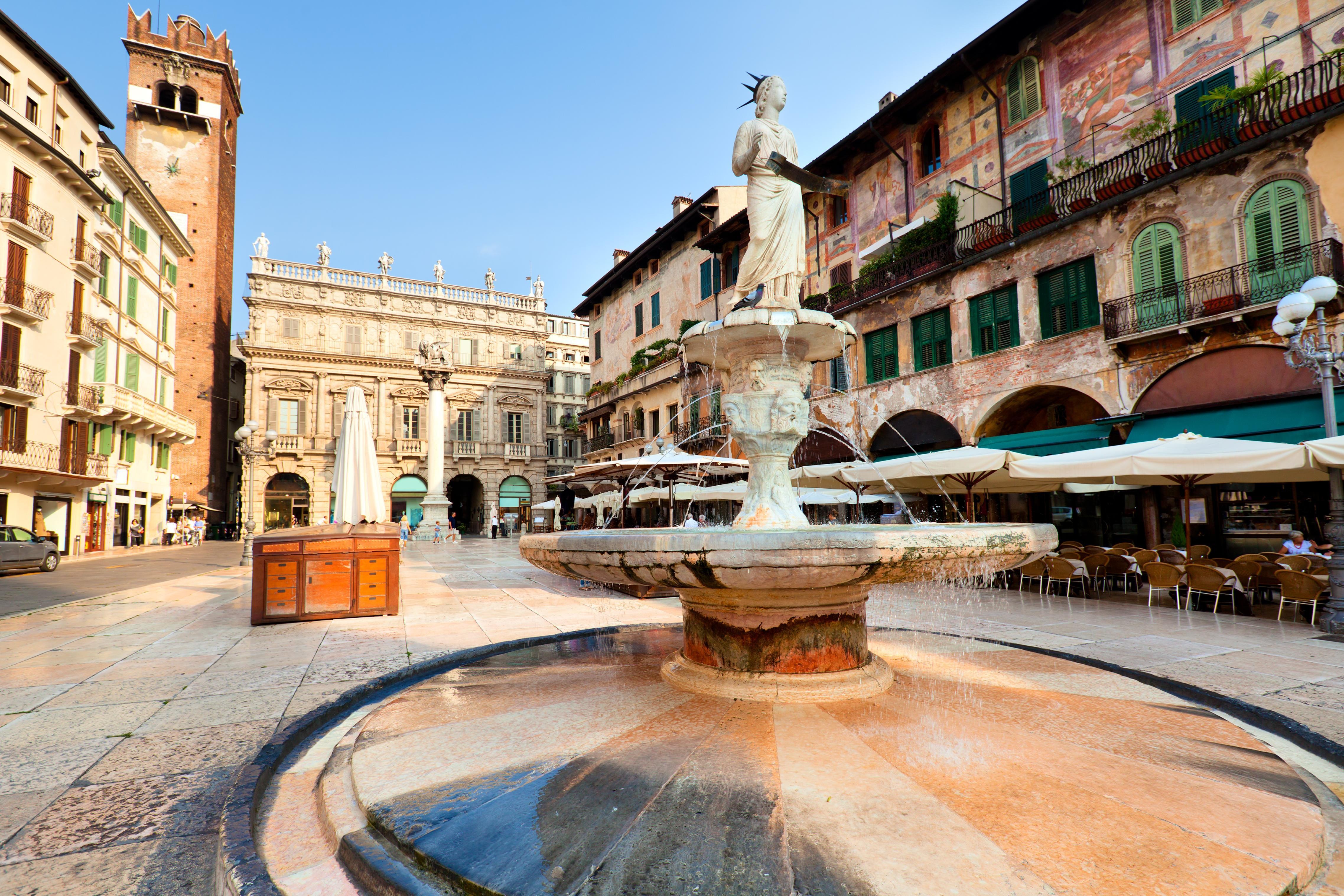 Cities such as Shanghai and Dubai may be known for their ultra-modern skyscrapers, Verona, in Northern Italy, boasts much older architectural attractions. The 2,000-year-old city, a UNESCO World Heritage Site, has well-preserved structures dating back as far as ancient Rome. Here are Verona’s must-see architectural highlights.

Situated in Piazza Bra, this first-century amphitheater is Italy’s third largest, second only to the Colosseum in Rome and the Amphitheater of Capua. The 30,000-capacity open-air venue is not only the city’s most notable Roman remains, but it’s also still a functioning venue that hosts a well-attended summer opera festival.

Built between the ninth and 12th centuries, the Basilica of San Zeno Maggiore is celebrated for its Romanesque architecture. The magnificent facade features a 12th-century rose window known as the Ruota della Fortuna (Wheel of Fortune), bas-reliefs depicting biblical scenes, and doors decorated with intricate bronze panels.

Built for the 14th-century Lord of Verona, this crenellated red-brick castle features thick defensive walls, towers, and turrets. The fortress, which suffered damage during the 19th-century Battle of Verona and World War II, was masterfully restored and redesigned by leading Italian architect Carlo Scarpa between 1958 and 1975. Today it houses a museum with artworks and historical artifacts.

Spanning the River Adige, this magnificent stone arch bridge has a history that dates back more than 2,000 years. The current iteration—a post–World War II reconstruction using materials from the river—is a hodgepodge, with two original Roman arches, one medieval arch, and two brick arches from the 16th century.

This 14th-century Gothic-style house bears the coat of arms of the dal Cappelllo family. Literary pilgrims come to see where Juliet—the main female protagonist from Shakespeare’s Romeo and Juliet—supposedly stood on the balcony and called out for her lover.

Measuring 275 feet (84 meters), this medieval watchtower is one of the few remaining tower residences built by noble families in the Middle Ages to showcase their power and wealth. Constructed between the 12th and 15th centuries, the tower still contains two historic bells, one of which was used to summon the city council, and another used to signal the end of the working day and to warn of fires. Visitors can climb to the top for views over the city.

0 Tours and Activities | All Verona Tours