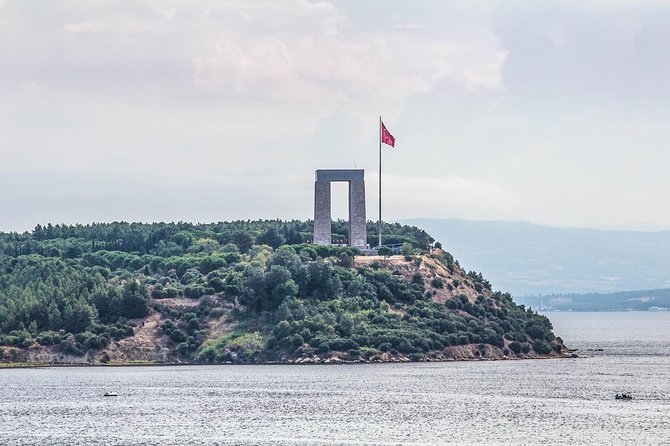 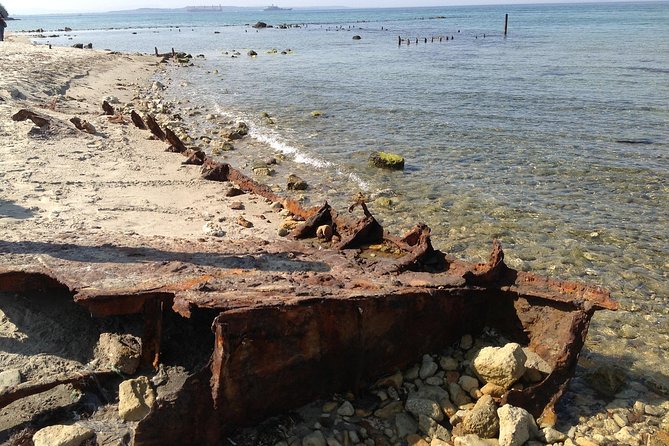 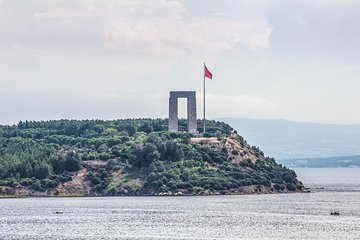 Delve deeper into World War I’s 1915 Gallipoli campaign with a private 5-hour tour of the peninsula’s Cape Helles area from Eceabat. It was here that British and French forces landed to coincide with the more famous landings further north. Learn about the campaign, and visit landing and combat sites, including V and W Beach, and memorials and cemeteries. Assistance in finding individual graves, plus lunch, transport, and hotel pickup and drop-off included.

After pickup from your Eceabat hotel, travel through countryside to the village of Alcitepe, to the south of the Gallipoli peninsula. Before your tour, if you are keen to find a particular war grave in the area, let the local tour supplier know: they may be able to help in locating it.

On route, hear interesting background to the WWI 1915 Gallipoli campaign, learning about the landings of British and French troops on the southern part of the peninsula. Timed to coincide with the arrival of Australian and New Zealand Army Corps (ANZAC) forces further north, the landings were made on several beaches, including the codenamed S, V, W, X, and Y, around Cape Helles, the peninsula’s southern tip.

On arrival at Alcitepe, known as Krithia at the time, visit Achi Baba hill, where the Turks maintained their main defensive line. Then, visit the Redoubt Cemetery, home to over 2,000 graves, and so-called after the Turkish forts across the peninsula that ultimately prevented the Allies' advance.

Stand at Morto Bay, V Beach, and W Beach, where the 1st Lancashire Fusiliers landed and cut through wire fences and trenches to reach the cliff edge, and pay your respects at V Beach Cemetery and W Beach cemetery.

Other stops include the Pink Farm and Twelve Tree Copse cemeteries, the New Zealand Memorial, and the Helles Memorial, where a massive obelisk commemorates the whole Gallipoli campaign and the over 20,000 fallen Commonwealth servicemen with no known grave.

The answers provided below are based on answers previously given by the tour provider to customers’ questions.
Q:
What is the maximum group size during Private Helles Gallipoli Tour From Eceabat, Canakkale?
A:
This activity will have a maximum of 10 travelers.

5.0
2 Reviews
5 stars
2
4 stars
0
3 stars
0
2 stars
0
1 star
0
Reserve Now & Pay Later
We'll reserve your spot today, and you can cancel up to two days* before your experience without making a payment. Secure your spot with ease, stay flexible, and never miss out.
How it works
Find your experience
Choose the experience you want knowing you can secure your spot without being locked in.
Make a reservation
Reserve now and pay later to secure your spot, commitment-free.
Choose when to pay
Come back to pay once your plans are set, or let auto-pay kick in two days* before your experience.
Enjoy your experience
Now you're all set! Have a great time.
Frequently Asked Questions  | Terms & Conditions
*Up to 9 days depending on the booking/product
Reserve Now & Pay Later
Secure your must-do activities without being locked in
Learn More

Private & Custom ToursTours & SightseeingCanakkaleCategory
Lowest Price Guarantee
We guarantee the lowest price on all 200,000+ experiences we sell. If you find the same product cheaper within three days of booking or while you're in your destination, we'll refund the difference.
It's Easy To Do