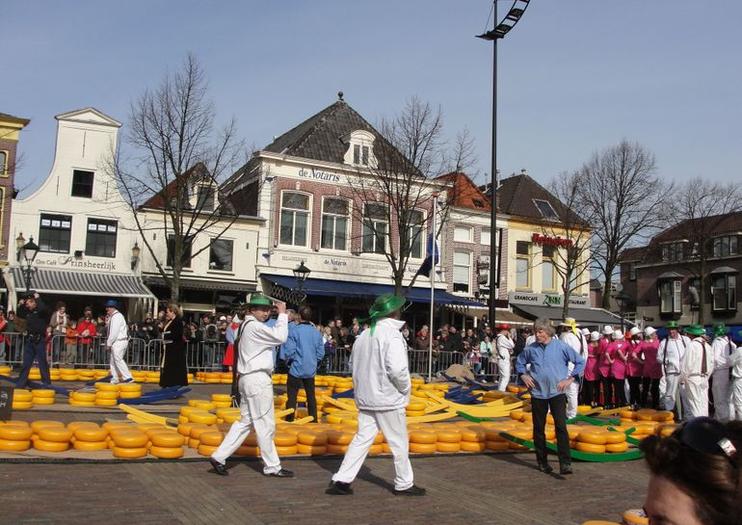 Edam cheese, with its distinctive wheel-like shape and fire-engine red rind, is known around the world as one of Amsterdam’s most famous exports. Get to know the mild, semi-hard cheese, which  originates in a 12th-century town also named Edam, situated along the banks of the IJsselmeer. Edam is a popular day trip from Amsterdam.

The Basics
Travelers can discover medieval Edam and its cheese as part of a guided tour of northern Holland's countryside. Such tours often combine a stop at Edam with one at the traditional fishing community of Volendam. For a more personal experience, try a private guided tour that might include a walk through Edam's neighborhoods and time to explore the waterfront streets on the nearby island village of Marken.

How to Get There
Coastal Edam is about 11 miles (18 kilometers) north of Amsterdam and accessible by private tour vehicle or public bus, a trip of less than 30 minutes. Bus line No. 314 leaves from Amsterdam Central Station several times an hour towards Edam.

When to Get There
April through August is the main tourist season in Amsterdam—arrive just before or after for mild weather without the crowds. In Edam itself, stop by on a Wednesday in July and August to find a cheese market that recreates an old-timey tradition when Edam was a bustling port town for cheese traders.

Beyond Cheeses
While cheese is Edam's main draw, there are other attractions to enjoy. Edam Museum, housed in an early 16th-century townhouse, offers historic snippets of the town’s whaling past, while the ancient lopsided Carillon Tower (Speeltoren) is known for its picturesque gothic façade. Take time to stroll past Edam’s idyllic drawbridges, canal houses, teahouses, and Grote Kerk, a cathedral that dates back to the 15th century.
Address: Edam, Netherlands
Read MoreShow Less

0 Tours and Activities to Experience Edam

Things to do near Amsterdam