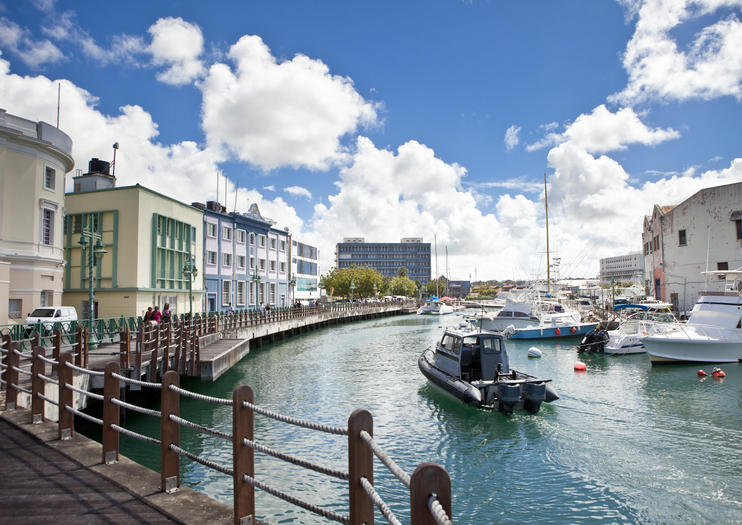 Filled with British and Caribbean heritage, Bridgetown is a historical site to see. The capital city of Barbados is the hub of all activity on the island and a UNESCO World Heritage Site, where British colonial architecture reigns supreme.
Most commonly referred to on the island as “the City” or even simply “Town,” Bridgetown lures visitors to its seaport on Barbados’ southwestern coast. Sand and sun lovers can head to the Boatyard beach club, dive deep-sea wrecks like the S.S. Stavronikita or simply hit the wide long and scenic beach.
History buffs will fall in love with sights like the neo-Gothic Parliament Buildings and  George Washington House, where the first president once spent two months (Barbados was the only foreign country he ever visited). The city’s military garrison is also noted for its history as the Eastern Caribbean headquarters of the British Army and Navy in the 18th and 19th centuries. The area includes numerous historic buildings and barracks.

0 Tours and Activities to Experience Bridgetown

Things to do near Barbados