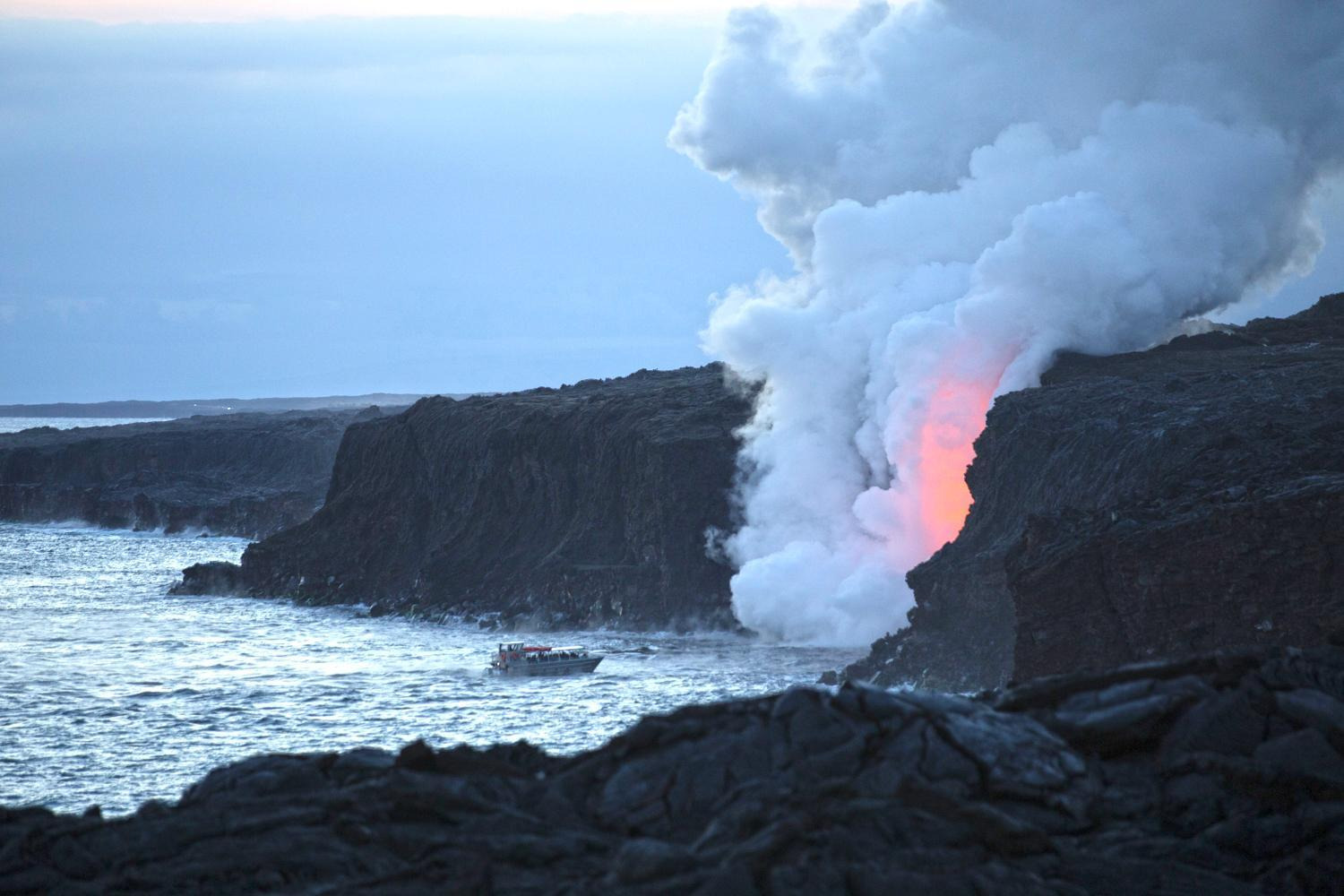 Most Hawaii visitors route through Honolulu—and many spend their entire vacation there—but there’s so much more to see and do on the neighboring islands of Kauai, Maui, and the Big Island of Hawaii. Here are some tips for island-hopping around the Hawaiian Islands from Oahu via interisland tour.

Rural Kauai, with sleepy surf shacks, billowing taro fields, and a profusion of roosters, beckons visitors seeking a quiet Hawaii retreat. Interisland tours take in stops like Waimea Canyon (“the Grand Canyon of the Pacific”), the secluded Fern Grotto on the Wailua River, and the dramatic 4,000-foot (1,219-meter) sea cliffs of the Na Pali Coast.

The Big Island is great for adventure travelers who crave wide open spaces. It’s also the only Hawaiian island with active volcanoes; see Kilauea’s glow in the summit lava lake or hike down to where recent flows have formed new land within Hawaii Volcanoes National Park. Taste Kona coffee at its source on a farm tour, walk through dark lava tubes, loll on a black-sand beach, and see where Captain Cook first landed in Hawaii in 1778.

Romantic and luxurious Maui—with its mix of upscale resorts, white-sand beaches and farmland—has something for everyone. Watch a spectacular top-of-the-world Haleakala sunrise, shop and explore in the old whaling and sugar port of Lahaina Town, swim beneath a waterfall along the legendary Hana Highway, or sample Maui-made goods such as wine, chocolate, goat cheese, and lavender tea.

0 Tours and Activities | All Oahu Tours