Welcome to Viator!
By creating an account, you agree to our Terms & Conditions and Privacy Policy.
We're creating your account. This may take a few seconds...
Account creation successful! Thank you.
Something went wrong. Please try again on the sign up page.
Questions? (888) 651-9785(888) 651-9785
When are you traveling?
Select Dates
Recommendations
All Recommendations
Art Lover’s Guide to Athens
Things to Do in Athens With Kids
Athens Neighborhood Guide
Food Lover's Guide to Athens
Romantic Things to Do in Athens
Don’t-Miss Dishes in Athens
Exploring Classical Greece from Athens
Price
US$0
US$500+
Duration
Time of Day
RatingClear
Specials 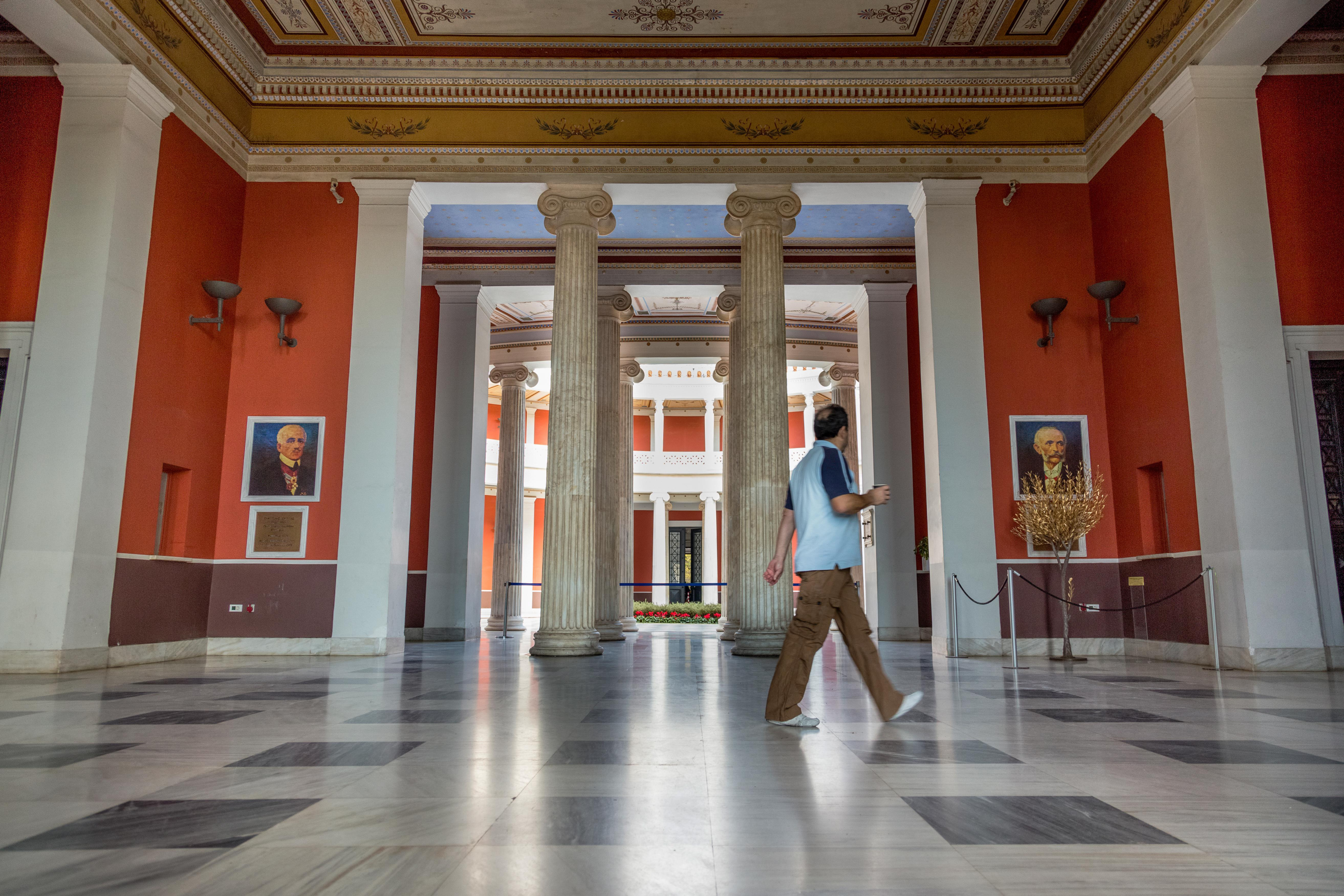 The gorgeous, ancient sculptures of Greece’s ruin-filled capital city have shaped European art for thousands of years. See below for the best ways to experience the city’s marble, gold, bronze masterworks—as well as some examples of more contemporary street art.

Parthenon—The epicenter of the Acropolis

No visit to Athens is complete without a pilgrimage to the Acropolis. A UNESCO World Heritage Site, the site houses the spectacular Parthenon temple as well as a variety of other monuments. The carvings that once decorated the Parthenon’s facade have been removed, but many can be seen at the nearby Acropolis Museum.

This museum offers a variety of pieces ranging from Greek and Roman sculpture to Byzantine icons and gold jewelry, all amassed by the collector Antonis Benakis. The museum’s foundation also runs other venues art lovers should put on their list, including the Benaki Museum of Islamic Art and 138 Pireos, a contemporary gallery.

Greece’s defining archaeological museum offers a world-class selection of classical marble and bronze sculptures, as well as older artworks. Highlights include the golden mask once known as the Death Mask of Agamemnon, which dates back more than 3,500 years.

While Athens is known primarily for the statues and ruins of Ancient Greece, the works at this museum—some of which date back to the third millennium BC—serve as a reminder that the region’s history goes back to even earlier times. The slender, abstract forms showcased here have inspired the likes of Picasso, Modigliani, Giacometti, and Barbara Hepworth.

Street Art—Back to the future

If you’re looking to escape the ancient world and see a different, fresher side of Athens, join a street art tour. Exploring funky neighborhoods such as Exarchia with a local artist as your guide will snap you straight back to the 21st century.

7 Tours and Activities | All Athens Tours

141
Venture off the tourist trail and discover a different side to Athens on this 3-hour street art walking tour led by a local artist. Explore the city’s colorful local neighborhoods; admire unique graffiti art and murals; and see for yourself why Athens’ bold street art has made a name for itself worldwide. This small-group tour is limited to 12 people, ensuring an authentic local experience.
…More
From
US$50.67
From
US$50.67
Face masks required for guides in public areas
Hand sanitizer available to travelers and staff
Social distancing enforced throughout experience
Learn More
Taking safety measures

2
Book all your Athens tours and activities in one easy package with a customizable Athens Pass including a hop-on hop-off bus tour. Whether you’re staying one day or a week, choose the pass that fits your itinerary and then take your pick from over 30 top attractions like the Acropolis Museum, Segway and bike tours, and day trips to top mythological destinations. Soak up Greek culture and cuisine, too, with restaurant deals, food tours, and nightlife options.
…More
From
US$37.08
From
US$37.08
Face masks required for travelers in public areas
Face masks required for guides in public areas
Hand sanitizer available to travelers and staff
Learn More
Taking safety measures

5
If you’re a museums fan, this is the only pass you’ll need in Athens. Save time and up to 45% on individual museum tickets with just one pass that provides skip-the-line access to 16 museums, galleries, and shows. Choose from attractions such as the Acropolis Museum and Athens War Museum; and spend three days exploring. Your pass also includes an Athens get-on get-off bus tour ticket valid for 48 hours.
…More
From
US$67.97
From
US$67.97
Face masks required for travelers in public areas
Learn More
Taking safety measures

4
Looking around Athens’ Acropolis and Acropolis Museum by yourself or in a large group risks your missing out on vital background and history. This half-day private tour provides an answer: with in-depth explorations of the hilltop monuments and museum, and your own private guide to give the full commentary you want. Plus, you get an itinerary you can tailor to reflect your interests. Entry fees are at your own expense.
…More
From
US$228.06
Price varies by group size
From
US$228.06
Price varies by group size
Face masks provided for travelers
Hand sanitizer available to travelers and staff
Regularly sanitized high-traffic areas
Learn More
Taking safety measures

3
Independent travelers seeking an in-depth experience will love a self-guided mobile tour of the Athens National Archaeological Museum.  Conveniently available for both iOs and Android, this app allows you to explore the museum at your own pace. The audio guide offers an offbeat look at Greek life that you won’t get from a brochure. Monitor your location on the interactive map and stop only in the galleries that interest you.
…More
From
US$14.82
From
US$14.82
Face masks required for travelers in public areas
Social distancing enforced throughout experience
Regularly sanitized high-traffic areas
Learn More
Taking safety measures

5
Housed in one of Athens’ most beautiful neoclassical buildings, the Benaki Museum is a don’t-miss both inside and out. Ensure entry even at busy times by arranging tickets ahead of time. Once there, travel through the highlights of Greek culture, from prehistoric times to ancient Greece, ancient Rome, Byzantium, and modern Greece.
…More
From
US$14.83
From
US$14.83
Face masks required for travelers in public areas
Learn More
Taking safety measures

1
Take a break from Athens’s ancient artifacts to peruse the largest collection of contemporary European painting in Greece at the Frissiras Museum. Visit any time during opening hours with your admission ticket, and freely browse four floors filled with works by 20th- and 21st-century visual artists from Greece and across the continent. Rotating special exhibits help bring the latest European art trends right to Athens.
…More
From
US$7.42
From
US$7.42
Face masks required for travelers in public areas
Learn More
Taking safety measures