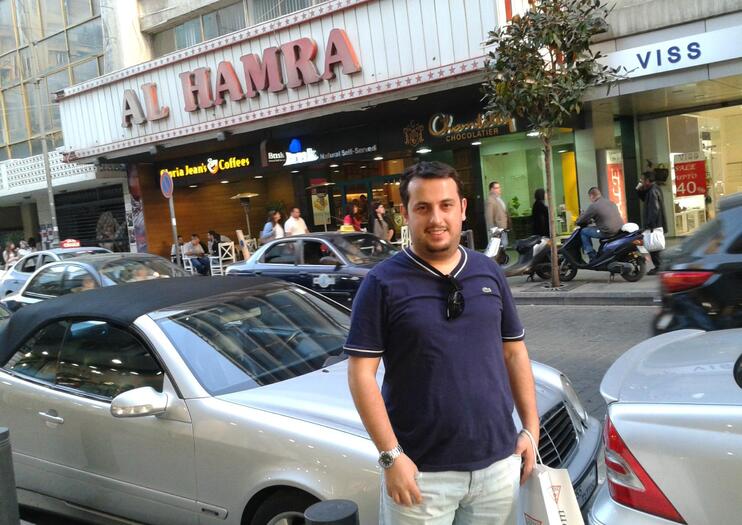 Take a walk through Lebanon's cultural history on a visit to Hamra Street (Rue Hamra) in Beirut. In the 1960s and 1970s, the neighborhood served as a cultural epicenter for progressive artists and thinkers, its many art galleries and multicultural way of life representing a new era in Lebanese history. Though far more commercial present day, Hamra maintains its energetic atmosphere, and a visit to the neighborhood is highly recommended.
Thanks to a new wave of bars and restaurants and a lasting (and thriving) art scene, Hamra is still one of the most cosmopolitan neighborhoods in the city, and is frequented by tourists, locals and students from the nearby American University of Beirut.
While most of the original art galleries no longer exist, numerous new ones have taken their place, including Art Circle, Agial and Zaman. Theaters and music venues also call Hamra Street home, with Metro Madina, Masrah Babel and Democratic Republic of Music offering a range of cultural performances as well as a modern venue.
Insider’s Tip: Hamra Street is crowded and clogged with traffic throughout most of the day. If arriving by taxi, it’s best to get out at the entrance to the area and walk.

A visit to Hamra Street can be combined with a trip to the National Museum plus the Mim Mineral and Banque Du Liban museums on a Beirut museums day tour. If not arriving as part of a tour, you can reach Hamra Street by taxi or on foot.
Address: Hamra Street, Beirut, Lebanon
Read MoreShow Less

Beirut is home to some of Lebanon's most important museums but it’s impossible to cram them all into one day. This private full-day tour checks off three of the best – the National Museum, the Mim Museum, and the Banque du Liban, as well as a walking tour of Hamra Street. Hotel pickup and entrance fees are included.
…More
From
US$84.00
From
US$84.00

Things to do near Beirut