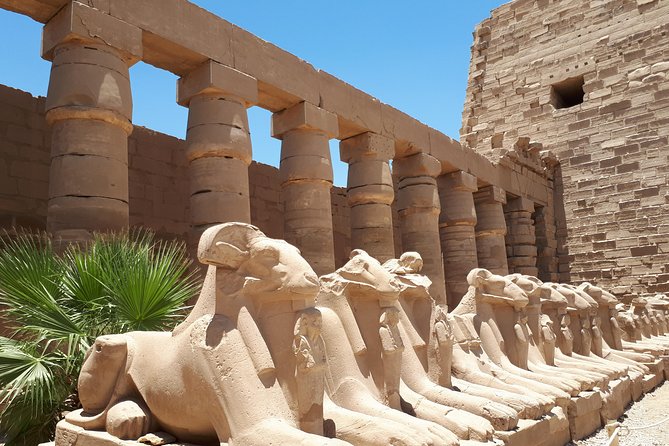 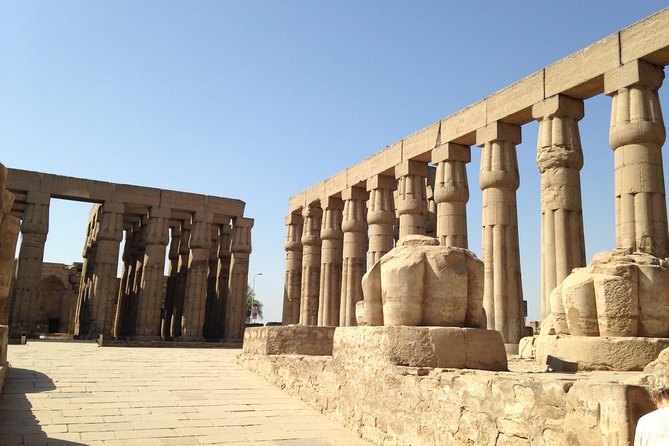 Arrange for a stress-free ride from Luxor to East Bank with this private transfer service to Karnak and Luxor Temples. Meet your driver at your hotel or private residence in Luxor, and explore the temples at your own pace; this transfer includes 4-hours in an air-conditioned vehicle with a private driver.

Your friendly guide and driver will come to pick you up from your hotel lobby in Luxor in the morning. First you will be taken to Karnak Temples in the East Bank of Luxor. In ancient times, the complex of Karnak Temples was known as The House of the god Amun-Ra, where this sun-god was worshiped. Most of the kings of the New Kingdom added a construction in honor of Amun-Ra and so Karnak became a complex of 25 temples. At the entrance you will be amazed by the Avenue of Rams, built by King Ramses the Great. Also, you will see the Great Hypostyle Hall (famous set for many movie scenes, such as the James Bond classic The Spy Who Loved Me), the Obelisk of Thutmosis I and his daughter Queen Hatshepsut, and the Sacred Lake, where priests used its water for purification and mummification.

After Karnak, you will visit Luxor Temple. This temple is known for its giant statues of King Ramses the Great, the Avenue of Sphinxes that leads all the way from Luxor Temple to Karnak Temples and the Obelisk of Ramses II, of which its 'sister' obelisk stands in Paris nowadays. Inside the temple you can also see the 19th-century mosque of Shaykh Abu Al-Haggag, which was built on the courtyard of Luxor Temple above ruins of earlier Christian churches, making Luxor Temple a unique place where worship has remained for many centuries.

After finishing your tour you will be dropped off back at your accommodation in Luxor.
Read MoreShow Less