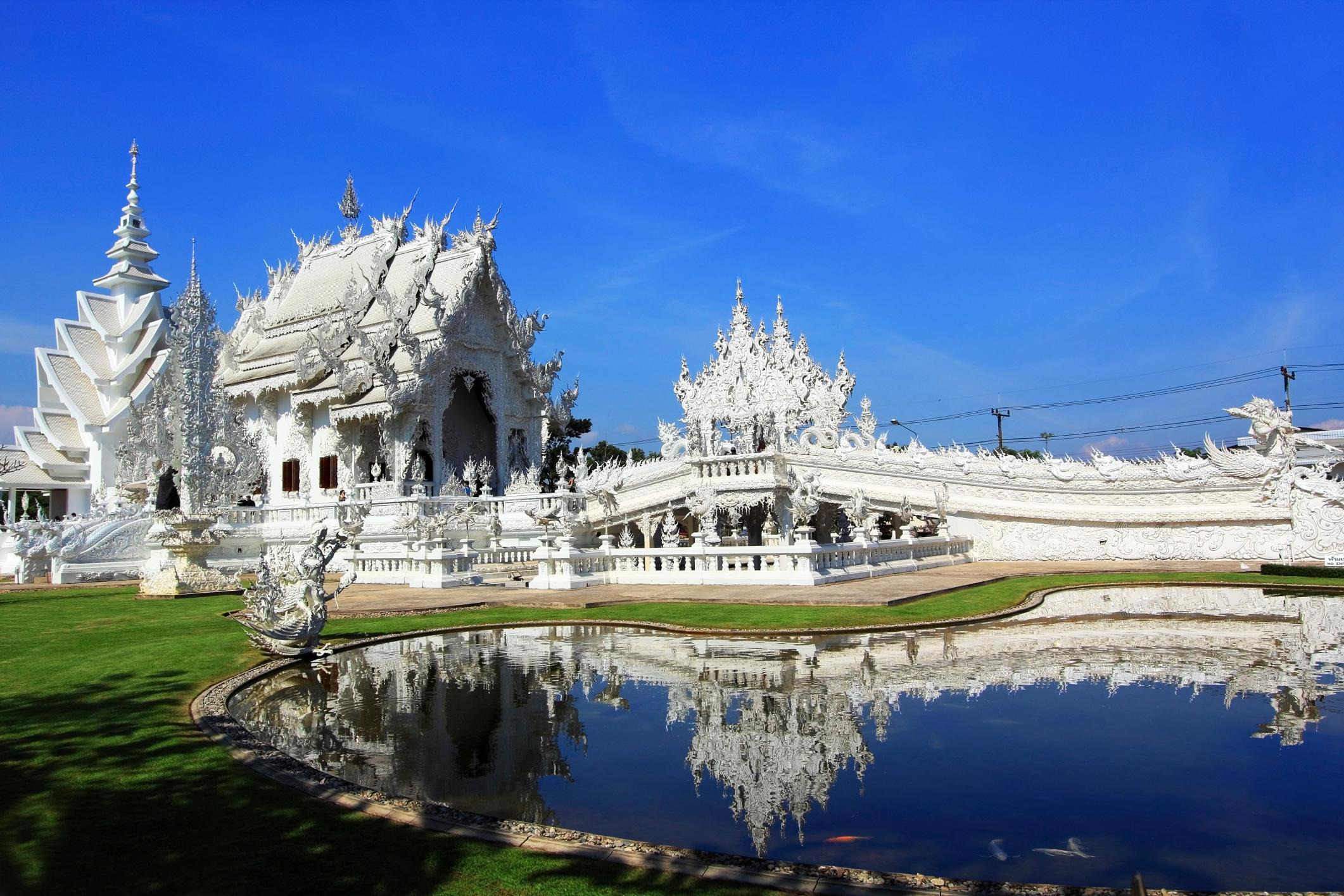 The northern Thai city of Chiang Rai is home to a large assortment of Buddhist temples, orwats. With so many to see, it can be hard to know where to start prioritizing. Luckily, we’re here to help. See below for our top picks of Chiang Rai temples.

Set just outside of town, Wat Rong Khun—better known as the White Temple—is one of the most unusual sacred structures in the region. Built in the late 1990s by an eccentric Thai artist, its all-white facade is covered with glass shards that give it an all-over sparkle. Inside, the temple features traditional images of Buddha as well as murals depicting Superman, Batman, and Neo fromThe Matrix.

This hugely revered temple complex once housed the famous Emerald Buddha, one of Thailand’s holiest icons. Though the original now lies in Bangkok, an exquisite replica made of jade can be seen alongside other Buddha images in Wat Phra Kaew’s museum.

One of the oldest temples in Chiang Rai, this historic compound dates back to the late 14th century. Here, you’ll find carvings by local artists and a copy of the sacred Phra Singh Buddha, aka “Lion Buddha,” a revered Buddha image housed in Wat Phra Singh temple in Chiang Mai.

Located just outside Chiang Rai town center, this modern temple is one of the most colorful in Northern Thailand. As its colloquial name—the “Blue Temple”—suggests, Wat Rong Sear Tean has a magnificent blue interior with intricate carvings, gold accents, and a large white statue of a seated Buddha.

Located 3.7 miles (six kilometers) from Chiang Rai, this 21st-century temple is known for its nine-tiered pagoda, which offers excellent views of the surroundings, and its large statue of Bodhisattva, which sits on the hilltop.

46
Venture into Thailand’s far north and discover the Golden Triangle—the meeting point of Thailand, Myanmar, and Laos—on this full-day tour from Chiang Mai. Marvel at the magnificent White Temple (Wat Rong Khun) in Chiang Rai, visit a Kayan hill-tribe village, and see the Golden Triangle, then take a long-tail boat cruise along the Mae Khong River to Don Sao Market in Laos.
…More
From
US$87.85
From
US$87.85

3
Experience Thailand’s famous Golden Triangle on a 3-day tour cultural tour from Chiang Mai. Visit the border where Thailand meets with Laos and Myanmar (Burma), tour the Hall of Opium museum and marvel at the natural limestone formations within the Chiang Dao Caves. You’ll sail upon the Khong River in a longtail boat and soak in the waters of Maoe Ka Chan hot springs. This guided small-group tour also includes a visit to Doi Mae Salong, a hillside village steeped in Chinese history. Includes round-trip transport from Chiang Mai.
…More
From
US$825.00
Price varies by group size
From
US$825.00
Price varies by group size

The Highlights of Chiang Rai and the Akha Experience

2
Visit the temples of Chiang Rai on this 4-hour tour. You'll see historical sites such as Wat Phra Singh and ornate architecture like Wat Rong Khun, plus visit Oub Kham Museum to learn about the Lanna kingdom. When booking, select the tour option that matches your circumstances as either a solo or group traveler and for pickup in the city or the Golden Triangle.
…More
From
US$97.98
From
US$97.98