Welcome to Viator!
By creating an account, you agree to our Terms & Conditions and Privacy Policy.
We're creating your account. This may take a few seconds...
Account creation successful! Thank you.
Something went wrong. Please try again on the sign up page.
Questions? (888) 651-9785(888) 651-9785
When are you traveling?
Select Dates
Recommendations
All Recommendations
How to Spend 3 Days in Macau
First-Timer's Guide to Macao
Macao's Top Tickets
Colonial Sites in Macau
Top Historical Sights in Macau
How to Spend 1 Day in Macau
How to Spend 2 Days in Macau
Price
US$0
US$500+
Duration
Time of Day
RatingClear
Specials 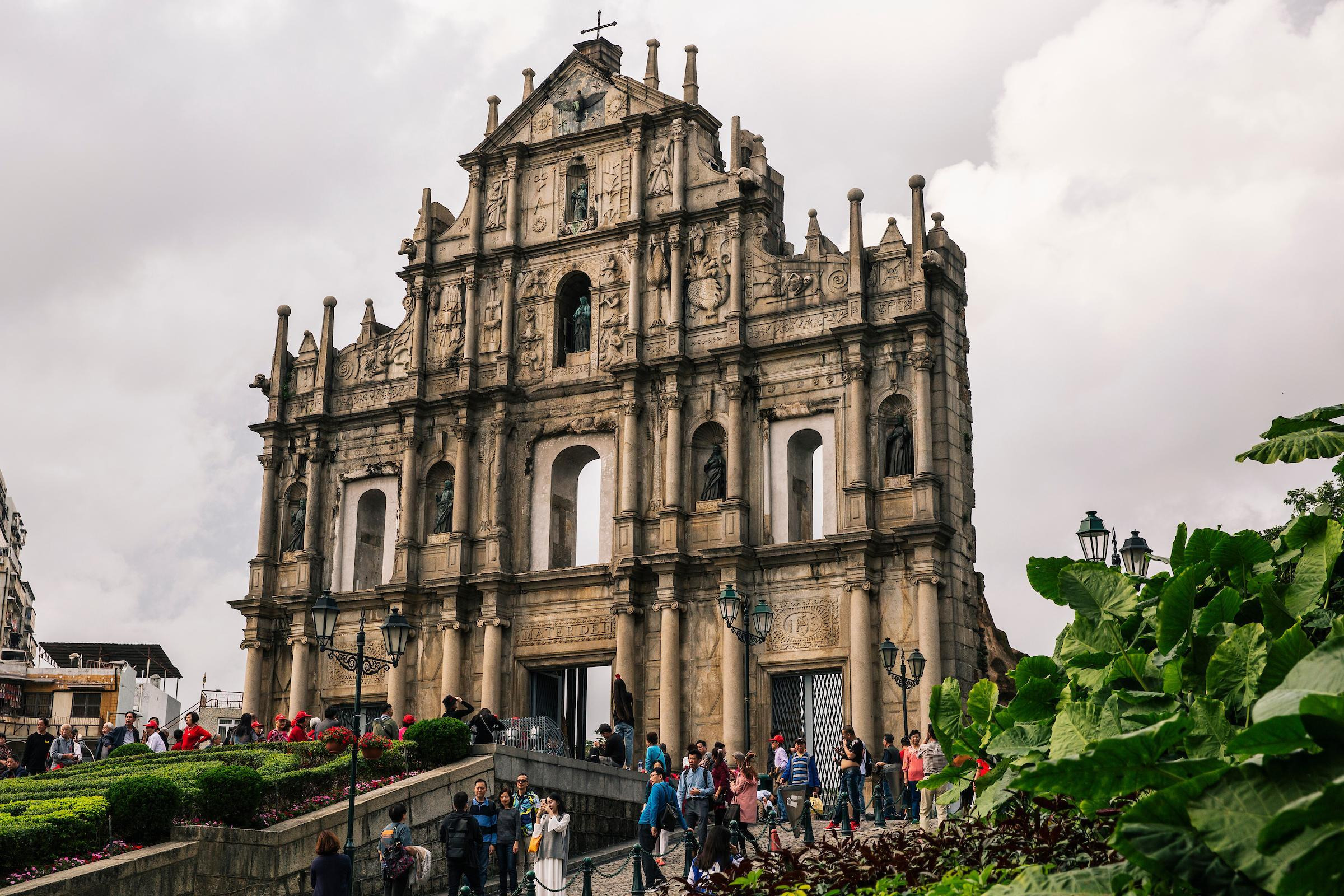 The Portuguese struck a deal with China in the early 16th century to clear the waters around Macau of pirates, leading to Macau becoming one of the first—and the last—colonial establishment on the Asian continent. These are some of the best colonial sites you won’t want to miss in this UNESCO World Heritage Site.

*Ruins of St. Paul’s—the remains of a 16th-century complex, including the Church of St. Paul and St. Paul’s College

817
After exploring Hong Kong, experience the beauty of Macau with this unforgettable day trip that touches on all the highlights and showcases the best of this European settlement. Relax on a jetfoil or catamaran and set sail across the seas to Macau. Upon arrival, embark onto the mainland where you’ll wander the ruins of St Paul and A-Ma Temple, or visit modern establishments like the Macau Tower with your friendly, local guide. This popular tour includes round-trip transportation from your hotel and a full-day of sightseeing that’s perfect for making memories! Please note: Due to tight schedule, this product is not recommended to travelers who need to leave Hong Kong on the same day.
…More
From
US$153.33
From
US$153.33
Face masks required for travelers in public areas
Face masks required for guides in public areas
Hand sanitizer available to travelers and staff
Learn More
Taking safety measures

4
Maximize your time in Macau on a full-day coach tour that takes in all the highlights of China’s entertainment capital. Admire UNESCO-listed monuments such as the Temple of Na Tcha, the ruins of St. Paul's Church, and the colonial-era city walls; take in the views from the Macau Tower; and visit the Sands Casino. Hotel pickup and lunch is included.
…More
From
US$116.32
From
US$116.32

55
Uncover the mysterious colonial culture of former Portuguese city, Macau, on a full-day sightseeing tour led by a knowledgeable guide. See legendary landmarks like the atmospheric Ruins of St. Paul and the sacred A-Ma Temple, both UNESCO World Heritage sites. Marvel at modern wonders like opulent Macau Casino and the Guia Circuit and experience a holistic picture of the spectacular city. Revitalize with an international buffet lunch and enjoy the convenience of round-trip transportation from selected Macau hotels.
…More
From
US$80.04
From
US$80.04
Face masks required for travelers in public areas
Face masks required for guides in public areas
Hand sanitizer available to travelers and staff
Learn More
Taking safety measures

This private 11-hour tour takes you to popular spots in Macau, and includes round-trip transport from your hotel along with a private guide to help you every step of the way. See the UNESCO World Heritage Site, A-Ma Temple, as well as the Ruins of the Church of St. Paul, Monte Fort, and Senado Square. Pass by awesome eateries on the pedestrian street Rua do Cunhua, and then choose to gamble or shop on the Cotai Strip (own expense).
…More
From
US$264.37
Price varies by group size
From
US$264.37
Price varies by group size