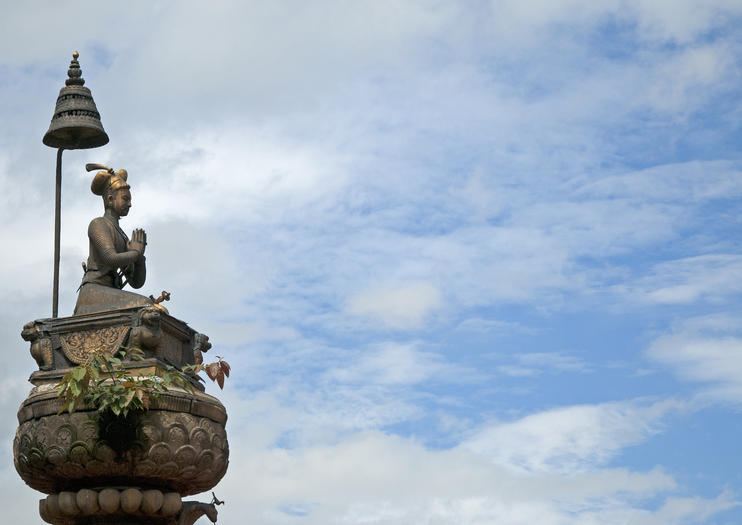 Erected in 1699, this iconic statue of King Bhupatindra Malla is located at the Vatsala Durga Temple and the only remaining royal pillar in the Katmandu Valley. Travelers can see the former ruler’s hands folded into prayer atop this important city symbol. Detail-oriented visitors may even notice the small bird perched atop the serpent’s head, which is said to support the entire capital. Though tucked among some of the area’s most incredible examples of architecture, history and art, the statue of Bhupatindra Malla is not to be missed.

The statue is located in Bhaktapur Dubar Square near the 55 Window Palace, in front of the Vatsala Temple and the Golden Gate.
Address: Bhaktapur 44800, Nepal
Read MoreShow Less

2
Take the hassle out of getting out into the mountains to witness a Himalayan sunrise on a day tour. Nagarkot is renowned as one of the best places around Kathmandu for mountain views. Be collected early from your hotel to make it in time for sunrise. Enjoy the views at your leisure. This private tour also conveniently visits Bhaktapur, a town full of traditional culture and UNESCO World Heritage-listed monuments.
...  More
From
US$91.00
From
US$91.00
Learn More

Things to do near Nepal