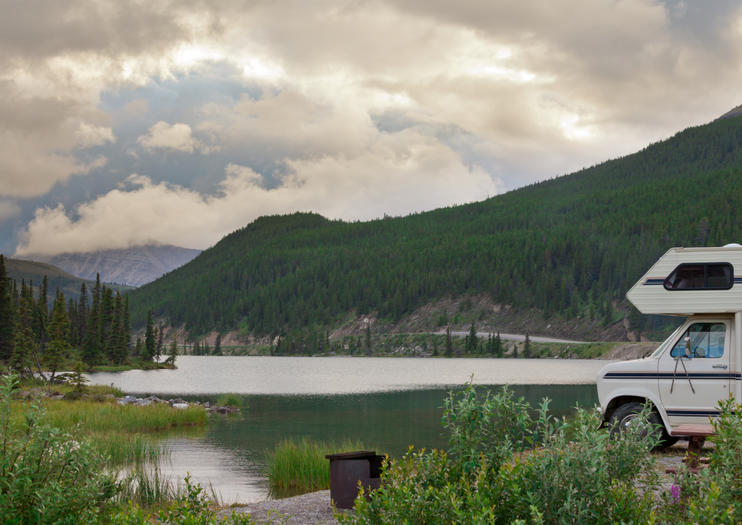 As the name suggests, Summit Lake sits at the top of White Pass, which marks the Canada and USA border between Skagway, Alaska, and Carcross, Yukon.
For passengers traveling on the scenic White Pass Railway, Summit Lake is little more than a beautiful landscape that passes all too quickly. For visitors traveling the Klondike Highway, which passes opposite the rail line on the lake’s northern shore, Summit Lakes proves to be quite the place to explore.
The lake water is as cold, as expected, given its location on a mountain pass dividing Canada’s northern territories and Alaska. But several nearby pothole lakes warm up pleasantly in the summer and present a rare opportunity to swim north of the 60th parallel. There are also several short hiking trails that explore the nearby landscape, but it takes a touch of route-finding skill to reach the border monument above the railway. In the winter, the area is commonly used for cross-country skiing and snowshoeing.

Things to do near Yukon