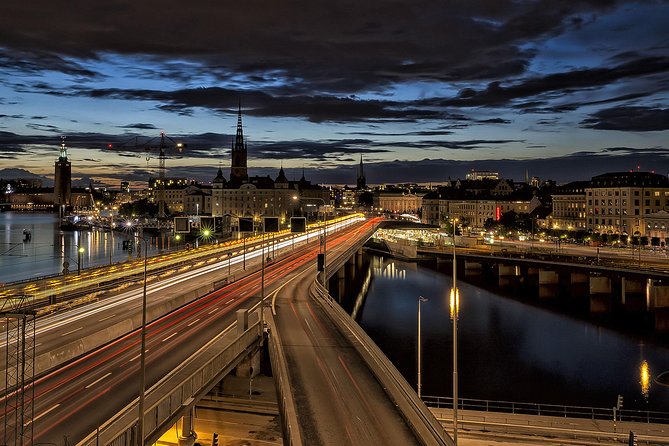 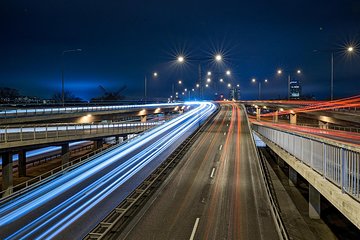 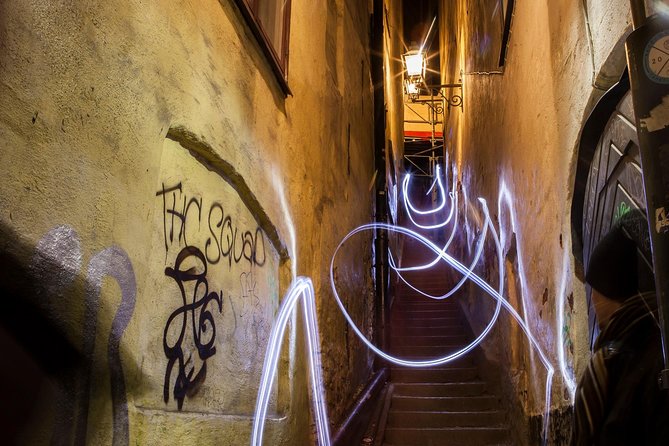 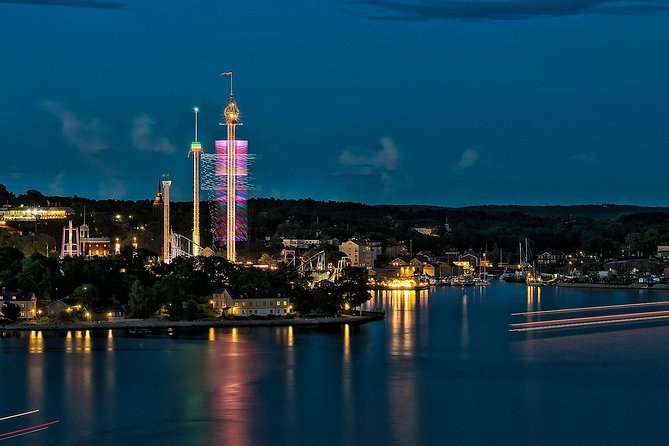 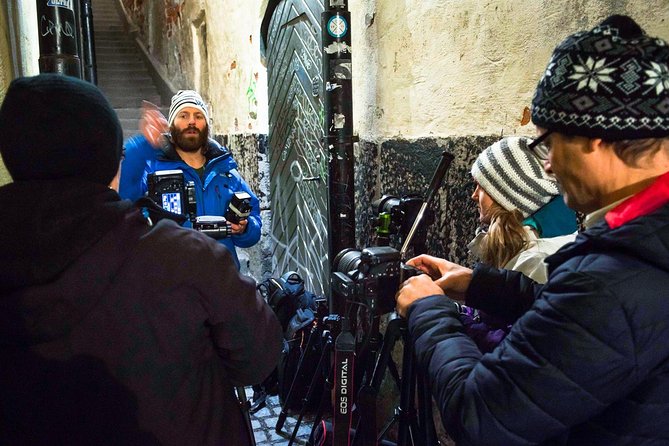 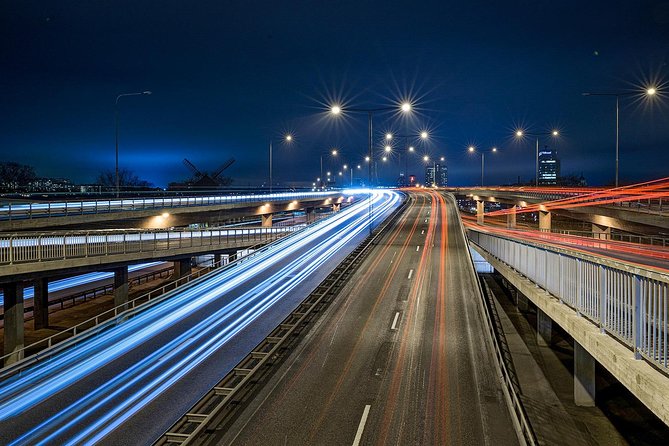 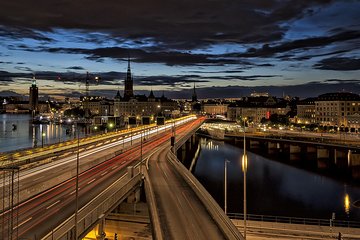 Walk through Stockholm after nightfall, capturing photos of the all of the landmarks by evening light. This 3-hour walking photography tour, led by a professional photographer guide, will stop at Gamla Stan (Old Town) and Kungliga Slottet (the Royal Palace.) Learn about night photography with the guidance of your host while experiencing the nightlife culture of Stockholm. Bring your compact camera or DSLR for this excursion with a small group to ensure personalized attention.
Saved to wishlist!

Local guide
Professional photographer guide
Tripod (bring your own or rent it from us 100 SEK per tripod. Please contact us at least 48 hours prior to departure for tripod rental)
Hotel pickup and drop-off
Camera

Meet your guide and your small group like-minded photography buffs in central Stockholm in the early evening. Bring your DSLR or compact camera, remote trigger and tripod for the best chance at fantastic night photographs.

Start at the hip Slussen district, a neighborhood abuzz with nightlife; perfect for mastering low-light conditions. As the gauzy twilight descends, talk with your professional photographer guide about camera functions and techniques. Learn about composition, lighting and participate in some hands-on exercises to improve your understanding. Continue to Gamla Stan, Stockholm's Old Town, for shots of antique street lamps and cobblestone streets. Then visit Kungliga Slottet (the Royal Palace), which is floodlit and offers lots of possibilities for creative night photographs.

Climb to a panoramic vantage point to photograph the sparkling city lights against the inky skies. Return to central Stockholm at the end of your tour with some new photography skills in your pocket.

Please note: The order of activities as described above is subject to change on the day of your tour.
Itinerary
Stop At:
Stockholm
We will show you our best sights and depending on the weather you will visit various nice shots of Stockholm.
... MoreLess
Duration: 3 hours
Admission Ticket Free

The answers provided below are based on answers previously given by the tour provider to customers’ questions.
Q:
What is the maximum group size during Stockholm By Night: Photography Walking Tour?
A:
This activity will have a maximum of 5 travelers.