How to Spend 2 Days in Dallas 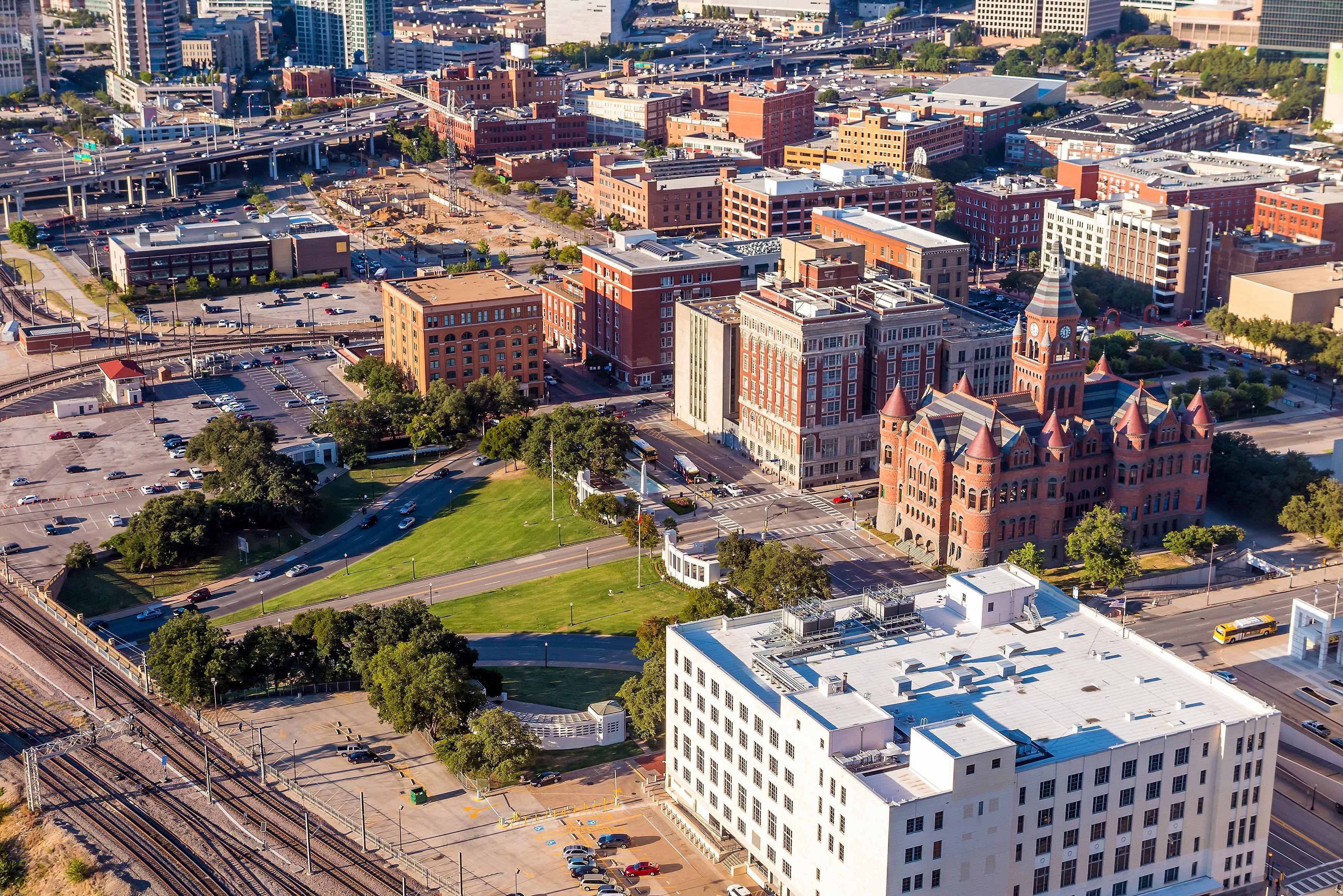 With two days to spend in the Big D, you’ll have enough time to see the city’s highlights, learn about the infamous JFK assassination, and tour Texas icons such as the Dallas Cowboys Stadium and Southfork Ranch. You’ll even have some leisure time to explore on your own. Here are some tips for planning the ultimate 48 hours in Dallas.

**Morning:**Kick off your trip by getting an overview of what Dallas has to offer on a city sightseeing tour. Zip around downtown and the Arts District on a guided Segway tour, or opt for a small-group bus tour to cover more ground in less time. If you’d prefer to explore on your own, pick up a multiattraction city pass or challenge yourself with a self-guided scavenger hunt through the city.

**Afternoon:**After lunch, dive deeper into what interests you by visiting one of Dallas’ excellent museums. Several are concentrated in the downtown Dallas Arts District, including the Dallas Museum of Art and Nasher Sculpture Center. To learn more about an infamous day in Dallas history, take a guided tour of the Sixth Floor Museum at Dealey Plaza, the location where JFK was shot.

**Night:**Now that you’ve worked up an appetite with all that sightseeing, treat yourself to a food-centric night on the town. Each neighborhood has its own distinct flavor, so pick one for a food tour—West Village for its casual eateries, upscale and pedestrian-friendly Uptown, eclectic Bishop Arts, or eccentric Deep Ellum.

**Morning:**There’s nothing quite like hearing the roar of the crowd at a Dallas Cowboys game, but if you can’t make it to one, opt for the next best thing—a tour of their state-of-the-art stadium. Go behind the scenes to see the press box, locker rooms, private suites, and interview rooms, and snap a selfie on the field.

**Afternoon:**Now that you’ve experienced a Dallas sports icon, spend the afternoon immersed in a pop culture legend at Southfork Ranch. This estate doubled as the Ewing Mansion in the popular TV seriesDallas. See Jock Ewing’s original Lincoln Continental, as well as the live Texas longhorns and American quarter horses that live on the estate.

**Night:**As the sun goes down, wrap up your time in Dallas at the top of Reunion Tower for 360-degree views of the urban skyline from the indoor/outdoor GeO-Deck. Explore the city through interactive touchscreens as you take in the views from 470 feet (143 meters) in the air.

10 Tours and Activities | All Dallas Tours

272
Somewhere at the intersection of presidential history and American mythology, the JFK assassination continues to fascinate Dallas visitors. See the site where the infamous shooting occurred on this special historical tour to Grassy Knoll and the Kennedy Memorial; separate the facts from the theories with the help of your guide, who will walk you through that day and its aftermath. This tour includes a guide, entrance fees, and round trip transportation.
…More
From
US$76.92
From
US$76.92
Face masks required for guides in public areas
Hand sanitizer available to travelers and staff
Transportation vehicles regularly sanitized
Learn More
Taking safety measures

38
Taste Dallas' best tacos and margaritas on this half-day coach tour. Learn about the history of these traditional Tex-Mex foods and beverages from your guide and sample some of the city's best tacos with stops at four local-approved eateries. Air-conditioned transport and all food and drink tastings are included.
…More
From
US$70.52
From
US$70.52

24
Explore the Dallas Cowboys’ state-of-the-art football stadium. One of the most expensive sports venues ever built, the stadium boasts enormous video screens and deluxe amenities. Follow your guide through locales including the press box, private suites, locker rooms, post-game interview room, and even onto the field.
…More
From
US$102.56
From
US$102.56
Face masks required for guides in public areas
Hand sanitizer available to travelers and staff
Transportation vehicles regularly sanitized
Learn More
Taking safety measures

30
Walk in the footsteps of the actors from the hit television series 'Dallas' on this tour of Southfork Ranch, where the show party takes place. Join a guide and a small group of 11 people or fewer to explore the grounds of the historic home, including a guided train ride through the property and a chance to see real Texas Longhorns.
…More
From
US$76.92
From
US$76.92
Face masks required for guides in public areas
Social distancing enforced throughout experience
Transportation vehicles regularly sanitized
Learn More
Taking safety measures

87
Explore Dallas in style on a 2-hour Segway tour that takes in historic landmarks and other important sites throughout the downtown. Travel in comfort on the Segway after your guide provides easy-to-follow instructions on its operation. You'll visit landmarks such as Pioneer Plaza, the John F Kennedy Memorial, and Dealey Plaza, and pass through the Dallas Arts District, covering more ground in depth by Segway than you could on a walking or coach tour.
…More
From
US$59.00
From
US$59.00
Face masks required for guides in public areas
Gear/equipment sanitized between use
Transportation vehicles regularly sanitized
Learn More
Taking safety measures

200
Get a bird's eye view of Dallas during your visit to the Reunion Tower's geO-Deck, where you'll get 360-degree views of the epic urban landscape. Venture out onto the indoor/outdoor observation deck, check out sites from high-definition telescopes and see the best of this Texas city day or night!
…More
From
US$21.18
From
US$21.18
Face masks required for travelers in public areas
Face masks required for guides in public areas
Hand sanitizer available to travelers and staff
Learn More
Taking safety measures

15
Visit top Dallas highlights on a small-group tour that explores local history, colorful neighborhoods, and the tragic story of President John F. Kennedy's assassination. You'll tick off a long list of highlights, then follow the paths of the Kennedys and John Harvey Oswald, the man accused of killing the president. Group size is limited to 11 people to ensure personal service, with a guide to share Dallas facts and stories throughout the day.
…More
From
US$133.33
From
US$133.33
Face masks required for guides in public areas
Hand sanitizer available to travelers and staff
Transportation vehicles regularly sanitized
Learn More
Taking safety measures

61
Eat your way through the West Village and nearby spots in Dallas’ vibrant Uptown during a food and walking tour with an expert guide. Located just one mile north of downtown Dallas near the convention center, Uptown is a pedestrian-friendly area with great food options. Visit several casual eateries for tastings and a dessert, with enough food to make up a full meal. Your guide also shows you local landmarks and shares the history of this famous Texas city throughout your tour.
…More
From
US$77.94
From
US$77.94

9
Discover the great food and fascinating history of Dallas on a half-day tour led by a knowledgeable guide. Start in the historic West End of Dallas where your guide takes you on a walking tour of the events surrounding President John F Kennedy’s assassination in 1963. Visit the John F Kennedy Memorial Plaza and other key locations such as Dealey Plaza and the former Texas School Book Depository Building. Then head to the West Village to sample a range of dishes with enough food to make a full meal.
…More
From
US$74.69
From
US$74.69