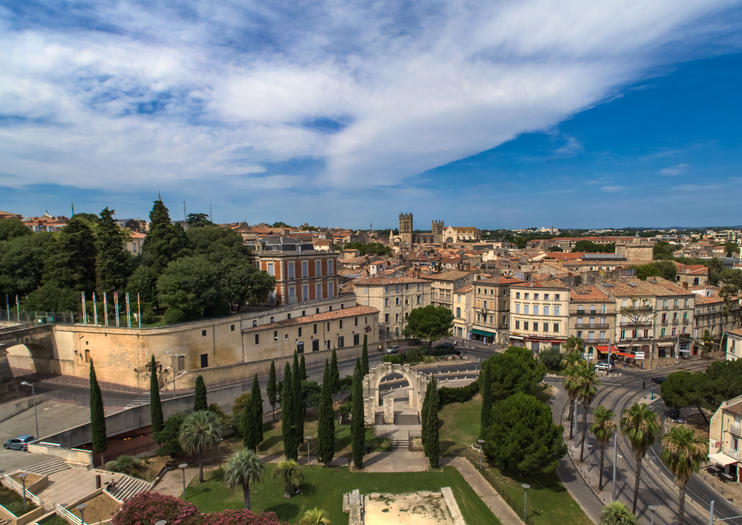 Housed within an old apothecary, this small two-room museum spotlights the pharmaceutical history of Montpellier, a city with a long-standing medical heritage. Exhibits include ceramic pots, barrels, mortars, and other vessels and tools—made mostly in Montpellier and used to make and store various medical remedies and antidotes.
The Basics
The museum is divided into two separate rooms, one holding equipment and utensils typical of an 18th-century pharmacy, and the other displaying objects common to a 19th-century pharmacy. Many visitors combine a trip to the Pharmacie de la Miséricorde with a visit to the adjacent 19th-century Chapelle de la Miséricorde, where a charitable order of nuns would often distribute medicines from the pharmacy to the city’s sick. Period paintings hang on the chapel’s walls.
A single entrance ticket grants visitors access not only to the Pharmacie de la Miséricorde and the Chapelle de la Miséricorde, but also to the Museum of Old Montpellier (Musée du Vieux Montpellier). Some sightseeing passes of Montpellier include access to the Pharmacie de la Misericorde.
Things to Know Before You Go
How to Get There
Pharmacie de la Miséricorde is situated in the historic center of Montpellier, about a 10-minute walk from the city’s Arc de Triomphe (Porte du Peyrou), and about five minutes from Place des Martyrs de la Résistance. If coming from outside of the historic center, take the tram (lines 1 or 2) to Comédie station, and make the five-minute walk from there.
When to Get There
Pharmacie de la Miséricorde is open every day except Monday. The museum is usually quiet and free of crowds.
Museum of Old Montpellier
Ticket-holders for the pharmacy museum are also entitled to free access to the Museum of Old Montpellier. Housed inside a historic mansion, the museum’s collections including religious icons, carvings, antique furniture, paintings, weapons, and other decorative as well as functional objects.
Address: 2 Rue de la Monnaie, Montpellier, Languedoc-Roussillon, France
Admission: Varies
Read MoreShow Less

5
Make the most of your stay in Montpellier—and enjoy complimentary admission to museums and other attractions, plus unlimited use of public transit—when you book a Montpellier City Card. Select from 24-, 48-, or 72-hour cards, and reserve yours before your trip even begins. After picking it up in central Montpellier, you can explore the city at your own pace, and see the highlights that interest you most. Your card also includes discounts to other sights, as well as shops, restaurants, and bars.
...  More
From
US$18.05
From
US$18.05
Learn More

Things to do near Montpellier