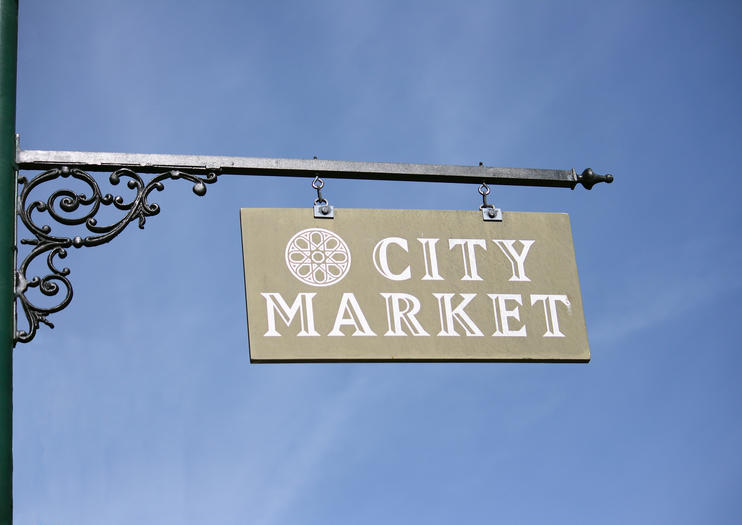 Dating back to the 18th century, Savannah City Market has long been the commercial and social center of historic downtown Savannah, Georgia. The market is known locally as the “art and soul” of Savannah, a nod to the numerous art galleries, boutiques, and restaurants that make it such an important part of Savannah's social fabric.
The Basics
Set adjacent to Ellis Square in the city’s historic district, Savannah City Market is a vibrant destination for dining, sightseeing, shopping, and admiring local artworks. Many Old Savannah tours include a stop at the market, whether you want to visit on foot, by carriage, or by trolley. Along with the market, city tours typically include a visit to other top attractions such as River Street, Forsyth Park, Bonaventure Cemetery, and the American Prohibition Museum.
Things to Know Before You Go
How to Get There
Savannah City Market is located at 219 W Bryant Street in the North Historic District. While guided tours are an easy way to visit, there are numerous parking lots in the area and street parking is also available. Buses 11 and 14 stop nearby at W Broughton and Jefferson streets.
When to Get There
The retail shops at the Savannah City Market are open year-round. Summer weekends and days when the market hosts special events are typically the most crowded and liveliest times to visit. For low-key shopping, aim to visit on a weekday. January and February hours are slightly shorter.
The History of Savannah City Market
The market still stands on the site used by farmers and traders since the city’s founding. Originally the most popular destination for locals in search of groceries, the market survived two fires, a huge hurricane, and the Civil War. It fell into disrepair as the city spread out, but was revived by preservationists dedicated to Savannah's history, and today is a destination for locals and travelers alike in search of arts and culture.
Address: 219 W Bryan St #207, Savannah, GA 31401, USA
Read MoreShow Less

742
Explore Savannah on this 90 minute, historic Trolley Tour. With this ticket, you can see over 100 points of interest plus enjoy stops at City Market and River Street with time to explore.
...  More
From
US$37.40
From
US$37.40
Learn More

211
Enjoy the views as you pass by the many Church Steeples and under live oaks to experience the unobstructed sights of Historic Savannah. The 90 minute adventure starts from your Historic District hotel or the city’s visitors center and tells the colorful uninterrupted story of the city’s past. Following your Discover Tour of Historic Savannah, embark on the Savannah Riverboat for a 90 minute sightseeing cruise up & down the Savannah River.
...  More
From
US$52.00
From
US$52.00
Learn More

828
Hop on and hop off this trolley tour at more than 15 stops to explore Savannah's most important attractions. Get a comprehensive tour while listening to engaging narration about Savannah's history, culture, and people.
...  More
From
US$35.00
From
US$35.00
Learn More

Stroll with a Local through Savannah's Historic District

42
Take a leisurely stroll through the Savannah Historic District on this guided walking tour. Together with a lifelong resident of Savannah, visit one of the largest National Historic Landmark Districts in the US. See the historic homes as well as the houses of the South’s most famous generals. Visit the buildings from the war years of the 1860s. Learn about the town’s storied past, its African-American history, its military strategies, the important women who lived here, the Confederate States’ place in the Civil War and much more.
...  More
From
US$46.16
From
US$46.16
Learn More

11
Touring Savannah by bike is the most efficient way to see the city! Cover a lot of ground, including most of the historic district, with greater efficiency and less fatigue. Enjoy the freedom of exploring the quiet, lesser-known streets that link the well-worn paths. Journey up-close and personal to destinations along the way, stopping for awhile to admire and photograph Savannah’s beauty as you learn of its history. A bike tour is the fittest, greenest way to see any city of course, and for our beautiful and laid-back city, our quiet, fume-free ride is ideal. So, avoid contributing to downtown traffic congestion and noise by pedaling through history!
...  More
From
US$34.00
From
US$34.00
Learn More

Hop On Hop Off Trolley Tour of Historic Savannah

2
Check out Historic Savannah at your own pace! Then ride for free the next day! Gray Line Savannah's 11 stops are convenient to dozens of points of interest. If you are looking for the flexibility to experience Savannah on your terms, this tour is for you. It's not only ideal for those who want to spend several days in Savannah, but also for those who may only have a couple of hours. Our professional, non-scripted, fully narrated tour offers an engaging introduction to Georgia's first city. Enjoy views of our Historic buildings, amazing churches, remarkable architecture, our famous squares, monuments and moss draped live oaks. HOP-ON and in 1 1/2 hour loop experience a complete Historic City Tour. HOP-OFF at any of our stops along the way and explore Savannah in more detail at your leisure and convenience. When your ready, head back to our nearest trolley stop and HOP back on to continue your tour. The next trolley is only 20 minutes away!
...  More
From
US$34.00
From
US$34.00
Learn More

Things to do near Savannah