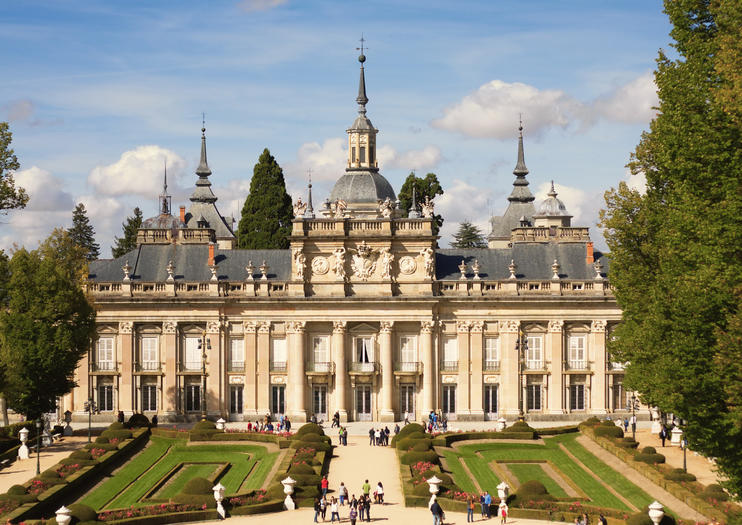 Tucked away in the Guadarrama Mountains is one of Spain’s most decadent treasures: the Royal Palace of La Granja de San Ildefonso (more commonly called La Granja). Modeled after France’s Versailles, the estate features European palatial grandeur at its best, ranging from an interior packed with all the royal amenities — think mural-covered ceilings, and gilt detailing — and an exterior wonderland of lush, manicured mountain gardens.
The land here previously served as hunting grounds for the kings, after which it was donated to monks, and later purchased back into monarchy hands by Philip V, who built the palace you see today. Once a royal summer residence, it is indeed more than just a mansion; it also comes with some 1,500 acres of glorious gardens laced by paths and dotted by copper-finished fountains.

La Granja is an easy day trip from Madrid, as it can be reach in about an hour by car. It’s also just a short journey from Segovia. Though the gardens are open daily, and with rather lengthy hours, note that the palace’s hours vary and that it is always closed on Mondays.
Address: Plaza España 15, La Granja de San Ildefonso, Castile-Leon 40100, Spain
Hours: April 1st-September 30th: Tuesday-Sunday, 10 a.m.-8 p.m. October 1st-March 31st: Tuesday-Sunday, 10 a.m.-6 p.m. Closed Mondays year round.
Admission: General: €9; reduced: €4
Read MoreShow Less

Things to do near Segovia