Welcome to Viator!
By creating an account, you agree to our Terms & Conditions and Privacy Policy.
We're creating your account. This may take a few seconds...
Account creation successful! Thank you.
Something went wrong. Please try again on the sign up page.
Questions? (888) 651-9785(888) 651-9785
When are you traveling?
Select Dates
Recommendations
All Recommendations
Acrobatics Shows in Shanghai
Eating in Shanghai
Best Day Trips from Shanghai
3 Days in Shanghai
Tea-Tasting Tours
Family-Friendly Tours
Ways to Beat the Crowds in Shanghai
Price
US$0
US$500+
Duration
Time of Day
RatingClear
Specials

Ways to Beat the Crowds in Shanghai 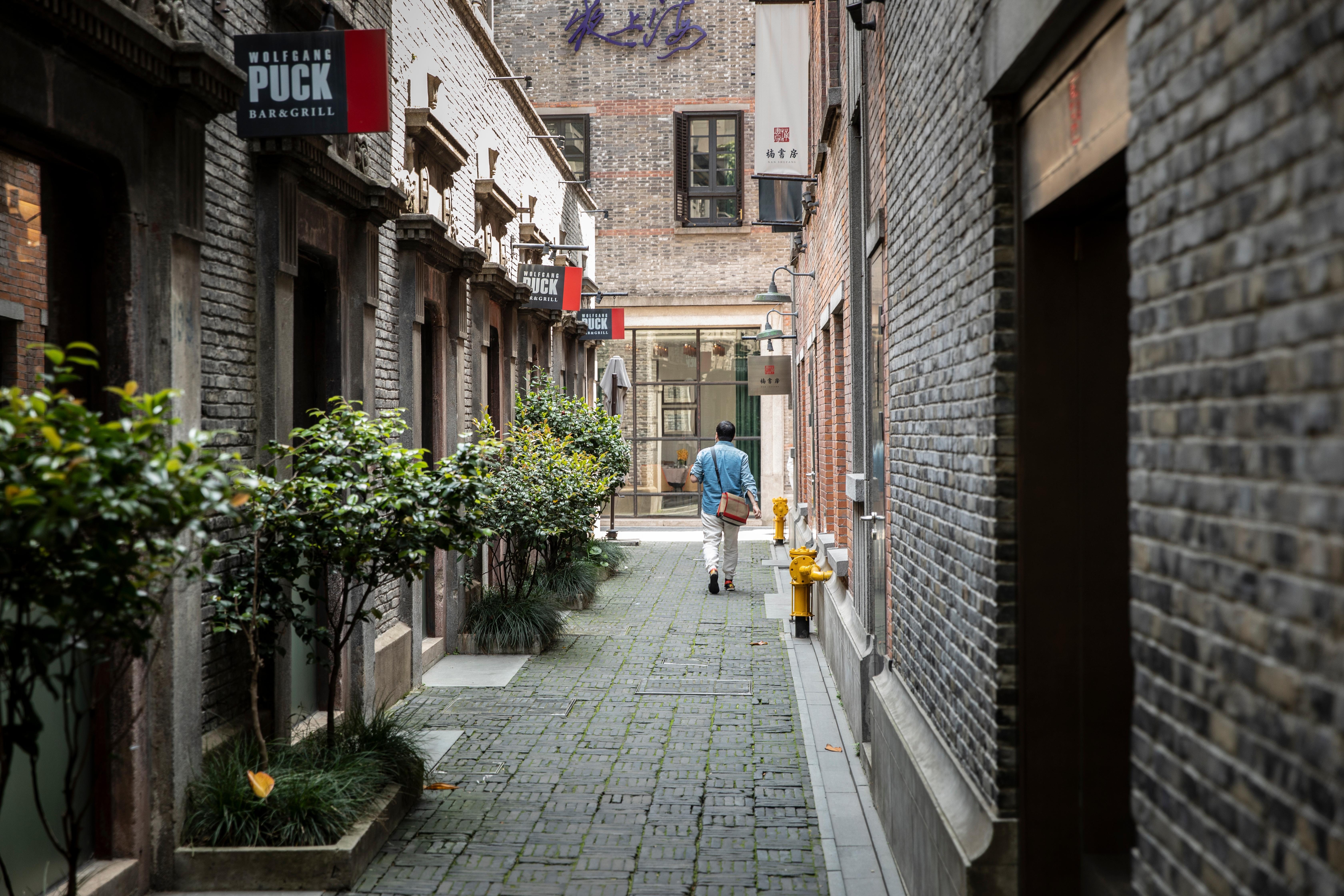 With a population of 20 million, Shanghai is generally teeming with people. However, there are ways to escape the crowds. Here’s how to get off-the-beaten-path in Shanghai.

Pre-booking your passes to popular Shanghai attractions saves you time and money. Skip-the-line admission tickets can cut down wait times at favorites such as the Oriental Pearl TV Tower by a couple of hours. VIP packages are another great option; enjoy more space with VIP access to a separate level on the Huangpu River cruise.

Go Off the Beaten Path

Escape the crowds by going to lesser-known attractions such as the Shanghai Propaganda Poster Art Center, the Shanghai Jewish Refugees Museum, or the Zotter Chocolate Theater. Or,  head out of central Shanghai and visit local areas such as Jiading or Chongming Island.

Most of central Shanghai’s top attractions are close to each other, meaning that walking is sometimes the quickest way to get from the Bund to Nanjing Road to People’s Square. Bicycles also let you beat the crush of public transport during rush hour.

Get in Touch With Nature

Escape the hustle and bustle of the city at pubic parks such as Fuxing Park, Jing’an Park, or Century Park. Although popular with locals as well, these parks offer more space to move around than elsewhere in the city.

Visit During Off Peak Times

Time your visit to Shanghai to avoid the weeklong Chinese National holidays in May and October. Chinese New Year is also best avoided. Visit popular sites, such as the Bund, first thing in the morning, when you can observe locals practicing tai chi and other exercises. Nighttime, when crowds generally disperse, is another great time to explore the city.

18 Tours and Activities | All Shanghai Tours

9
No China trip would be complete without watching one of the nation’s spectacular acrobatics performances, and for popular shows like this one it’s smart to book tickets in advance. With this convenient package, marvel at the agility and strength of the Shanghai Acrobatic Troupe as they blend circus skills, martial arts, magic and more into a mesmerizing evening. When you finish, your private driver awaits you at the door.
…More
From
US$65.60
Price varies by group size
From
US$65.60
Price varies by group size
Face masks required for travelers in public areas
Face masks required for guides in public areas
Face masks provided for travelers
Learn More
Taking safety measures

Tour of Jewish Shanghai led by a Jewish History Expert

102
Discover the Jewish history of Shanghai on a half-day tour with an expert guide. Hear about Jewish immigration to Shanghai and visit important sites around the Hongkou district, also known as Shanghai Ghetto, where thousands of Jewish refugees lived during World War II. Stop at the memorial plaque in Huoshan Park and the Jewish Refugees Museum—formerly Ohel Moishe Synagogue. Your guide shares fascinating stories about the people whose lives intersected in Shanghai, including a Baghdadi–Jewish real estate developer, Chinese migrant workers, and Jewish refugees from war-torn Europe.
…More
From
US$82.67
From
US$82.67

66
See the city of Shanghai light up at night on this private evening tour, which takes you to top attractions such as the French Concession and the Zig-Zag Bridge. Take in panoramic views of the city from the VIP deck of a cruise along the Huangpu River, and then choose to be dropped off back at your hotel or to continue your evening out on the town.
…More
From
US$128.00
Price varies by group size
From
US$128.00
Price varies by group size
Face masks required for travelers in public areas
Face masks required for guides in public areas
Hand sanitizer available to travelers and staff
Learn More
Taking safety measures

22
Immerse yourself in Shanghai’s little-known Jewish districts—known as “Little Vienna”— on this specialty-themed private tour. Highlights include collections of photographs, films, and personal items at the Jewish Refugees Museum, the old stone houses and winding back alleys that once housed a thriving Jewish immigrant population, and British-Jewish art-deco heritage along the Bund waterfront.
…More
From
US$90.00
Price varies by group size
From
US$90.00
Price varies by group size
Face masks required for travelers in public areas
Face masks required for guides in public areas
Learn More
Taking safety measures

24
Enjoy a Shanghai soup dumpling dinner and river cruise on this private evening tour. Take a VIP Class cruise along the Huangpu River, admiring the floodlit colonial-era Bund and illuminated skyscrapers of Pudong. After your cruise, savor a traditional 'xiaolongbao' (soup dumpling) dinner at the highly-rated Din Tai Fung restaurant, and stroll around Xintiandi, one of Shanghai’s hippest historic districts. Cruise, dinner with a drink, and central hotel pickup and drop-off included.
…More
From
US$168.00
Price varies by group size
From
US$168.00
Price varies by group size
Face masks required for travelers in public areas
Face masks required for guides in public areas
Hand sanitizer available to travelers and staff
Learn More
Taking safety measures

47
Stroll through the Shangai's trendy French Concession neighborhood with a private guide on this walking tour. Follow your guide's lead to unearth hidden courtyards, Art Deco buildings, and typical Shanghai street scenes. Highlights include the Lanxin Theater, the Cathay Mansion, the former residence of Dr. Sun-Yat Sen, Fuxing Park, and others. Choice of departure times to fit your schedule.
…More
From
US$95.00
Price varies by group size
From
US$95.00
Price varies by group size

250
China’s biggest city might not seem like the place for a relaxing bike ride, but the narrow lanes of Shanghai’s atmospheric Old Town are ideal for a cycling tour. On this bike tour, explore the Former French Concession, pedal around Fuxing Park, and hop off to visit a Buddhist temple, stroll around a traditional wet market, and re-fuel with coffee and pastries.
…More
From
US$75.82
From
US$75.82

3
Spend your evening in Shanghai enjoying dinner at a local restaurant followed by a relaxing cruise along the Huangpu River in the Bund area. During this private nightlife tour, catch the bright neon lights that illuminate many of the city’s landmarks, plus you will learn about the history of each building.
…More
From
US$142.00
Price varies by group size
From
US$142.00
Price varies by group size

45
Indulge in a decadent, one-of-a-kind Shanghai outing when you venture to the Zotter Chocolate Theatre. A hybrid chocolate factory, tasting parlor, and café, the Chocolate Theatre offers plenty of temptations that should appeal to visitors of all ages. Book your tickets in advance, and pick between numerous tour times. You’ll learn more about chocolate's origins, will taste freshly roasted cacao beans from different countries, will watch chocolates being made—and will enjoy plenty of samples as you go.
…More
From
US$29.87
From
US$29.87

1
Skip the crowds and the long lines to get into top attractions on this private guided tour of Shanghai. In the company of just your party and a guide, you'll enjoy a more personal experience than possible on big group tours and not waste time waiting for others or waiting in line for such top sights as the Oriental Pearl Tower.
…More
From
US$148.00
Price varies by group size
From
US$148.00
Price varies by group size

Enjoy an exclusive evening experience in Shanghai on this private tour that combines sightseeing with fine dining at an elegant Chinese restaurant. After dinner, choose one of three different tours: a river cruise with VIP seating, visiting the Shanghai Tower's observation deck, or a walking tour of the Bund.
…More
From
US$204.40
Price varies by group size
From
US$204.40
Price varies by group size

11
See Shanghai at night on this guided bike tour. Hop on a vintage Chinese bicycle and ride through the city’s scenic spots. Explore the narrow alleyways of the old town and catch the bright lights of the Bund area. This evening tour offers a unique way to experience Shanghai nightlife from a local perspective.
…More
From
US$51.20
From
US$51.20

1
Spend a romantic night out on the town during your time in Shanghai. Listen to soulful jazz music at the famous Peace Hotel Jazz Bar while you enjoy some cocktails. Then head out to the Huangpu River for a VIP cruise and watch the Shanghai skyline pass by. If you want to listen to more jazz, skip the cruise and go to the House of Blues & Jazz bar.
…More
From
US$180.00
Price varies by group size
From
US$180.00
Price varies by group size

Make the most of your time in Shanghai on this full-day, private tour of the city. Start your day early: meet your guide at your centrally located hotel, and enjoy a traditional Chinese breakfast before you begin your excursions. Then, travel the city via public transportation to some of its highlight attractions. From the Bund to the French Concession, Shanghai Old Street to the People’s Square, you’ll see some of Shanghai’s key areas (and will learn more about the city from your guide as you go).
…More
From
US$112.00
Price varies by group size
From
US$112.00
Price varies by group size

Shanghai Oriental Pearl Tower is the ideal choice to view the city skyline.This skip-the-line VIP tour gets you direct access to the transparent observation deck. The tower also offers buffet restaurants, museums and exhibits where you can actually spend your entire day. To explore further, relax on a retro double-decker bus with coffee and enjoy the 30-minute ride including the must-see landmarks in Lujiazui area. An English-speaking guide and an afternoon tea also included in the package.
…More
From
US$102.49
From
US$102.49

Wonder where to hang out at night? Wonder where is the best bar in Shanghai? Then you cannot miss this tour! During the 5-hour trip You will visit up to 3 bars in metropolis Shanghai city. The bar is picked in Flair Rooftop at Ritz Carlton, Music Room at Park Hyatt, Calypso at Shangri-La, Le Terrazza at Bvlgari hotel, the Long bar at Waldorf Hotel, Wet bar at W Hotel and Sir Elly's Terrace (ROOFTOP BAR AND) TERRACE at Peninsula Hotel. Your tour host ensures skip-the-line entry with drink specials, party games and cover charges included.
…More
From
US$254.67
Price varies by group size
From
US$254.67
Price varies by group size

Understanding the history of modern China can greatly enrich your experience of the country. This tour makes learning history entertaining by taking you to various sites of importance, such as the site of the first Communist Party congress and the Shanghai Propaganda Art Poster Center.
…More
From
US$90.67
From
US$90.67