Welcome to Viator!
By creating an account, you agree to our Terms & Conditions and Privacy Policy.
We're creating your account. This may take a few seconds...
Account creation successful! Thank you.
Something went wrong. Please try again on the sign up page.
Questions? (888) 651-9785(888) 651-9785
When are you traveling?
Select Dates
Recommendations
All Recommendations
How to Spend 2 Days in Skagway
How to Spend 1 Day in Skagway
How to Spend 3 Days in Skagway
Price
US$0
US$500+
Duration
Time of Day
RatingClear
Specials

How to Spend 1 Day in Skagway 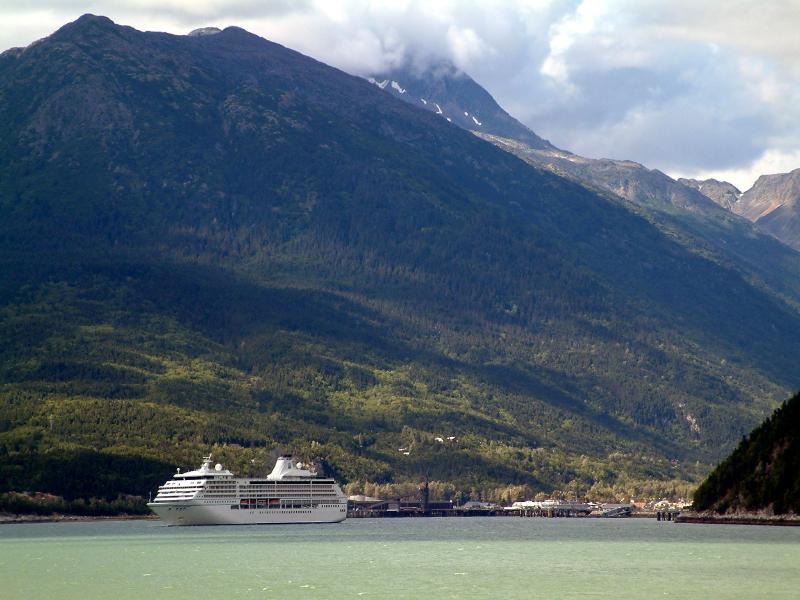 Located on the Alaskan Panhandle, the small city of Skagway is best known for being the gateway to the Yukon Territory during the Klondike Gold Rush in the 1890’s. With only one day to visit, you’ll have time to see historic downtown Skagway and enjoy an outdoor adventure. Here are a few ways to spend a day in Skagway.

Start your day in downtown Skagway’s National Historic District, which boasts six blocks of restored gold rush era buildings and a variety of museums. Highlights include the Mascot Saloon, a monument to Skagway’s rambunctious past; Jefferson Smith’s Parlor, a museum dedicated to Skagway’s infamous con man; the Skagway Museum, which focuses on the Klondike Gold Rush; and the Moore Cabin, the town’s oldest structure. Join a free, ranger-led walking tour of this historic area, or pick up an audio guide made by Skagway local Buckwheat Donahue that includes stories and legends from the town’s gold rush days.

Afternoon: Head to the Mountains

Spend the afternoon traveling to White Pass Summit, located on the border of Alaska and British Columbia, Canada. White Pass was one of the two routes that led prospectors into the Yukon during the 1890s Klondike Gold Rush, and it offers views of the Coast Mountains and the Skagway River Valley. You can visit the pass as part of a tour of gold rush–era attractions on a narrow-gauge railroad from Skagway or take a combination train and bicycle tour of the area. Alternatively, if you’re feeling adventurous, spend the afternoon on a dog-sledding adventure, a river float, or a zip-lining tour.

Nighttime activities in Skagway vary depending on the season: In the summer, Skagway enjoys up to 18 hours of sunlight every day, so you can hike, kayak, and enjoy other outdoor activities well into the evening. For a taste of history, head to the Red Onion Saloon, Skagway’s infamous former brothel for dinner and drinks, or enjoy a little gold panning and an all-you-can-eat Alaskan feast at the Liarsville Gold Rush Trail Camp. During the winter months, you might also be able to catch the Northern lights from town or from White Pass Summit.

10 Tours and Activities | All Skagway Tours

158
Discover the highlights of Skagway and Alaska’s gold rush history on this tour. Wind through the downtown area and visit the Gold Rush Cemetery, where you hear tales about Frank Reed and Soapy Smith. Aboard a comfortable mini-bus with large windows, travel along White Pass Summit and soak up views of mountains, glaciers, and waterfalls. Marvel at the surreal landscape of Tormented Valley. Stop frequently along the way for photo ops and wildlife viewings. Please note that you will need your passport, don't forget it!
…More
From
US$50.03
From
US$50.03

31
Soar over glacial waterfalls and stunning Alaska scenery on this ziplining excursion. Meet your guide at the dock and enjoy an entertaining trip through historic Skagway on your way to Dyea. There enjoy a ziplining orientation before strapping in and taking off.  The course features multiple ziplines and suspension bridges to give you views of the surrounding Tongass National Forest and allow you to soar over glacial waterfalls.
…More
From
US$184.17
From
US$184.17

26
The area surrounding White Pass is an ideal location to see Yukon’s famous scenery, but it’s nearly impossible to reach from Skagway without a car. This tour picks you up from your ship or hotel, saving you the hassle of navigation, and takes you to White Pass Summit and the Yukon Suspension Bridge. Afterward, you’re driven back to your port of call or hotel.
…More
From
US$101.54
From
US$101.54
Face masks required for travelers in public areas
Face masks required for guides in public areas
Hand sanitizer available to travelers and staff
Learn More
Taking safety measures

70
Experience the thrill of a dogsled adventure through the pristine Yukon wilderness during a half-day shore excursion from Skagway. With pickup from the port, enjoy easy transportation in a comfortable vehicle and visit scenic lookout points. Go for a dog sled ride at a musher's camp and play with adorable Alaskan Husky puppies. This leaves just enough time for a photo stop at the "Welcome to the Yukon" sign.
…More
From
US$173.34
From
US$173.34

53
While your ship is docked in Skagway, enjoy a 40 minute raft ride on the Taiya River. During this peaceful river float, a knowledgeable guide points out any wildlife, including possible bald eagles and even bears, depending on the time of year. Learn about Skagway’s history as you snap photos of spectacular mountain scenery. This family-friendly shore excursion comes with port transport.
…More
From
US$86.16
From
US$86.16

135
Ride the White Pass and Yukon Route railway from Skagway to Fraser, then join a guided, 15-mile bike ride for the scenic return trip from the mountains to the coast. Experience a remarkable landscape of rugged peaks, glaciers, and waterfalls, on a train built for the Klondike gold rush, now a Historic Civil Engineering Landmark. This 4.5-hour train and bike tour departs from downtown Skagway, and is limited to 12 people for individual service from the guides.
…More
From
US$225.00
From
US$225.00

9
Find fortune and adventure on this 2-hour gold-panning tour from Skagway. Get to know the historical town of Liarsville, named after the tall tales that originated during the Klondike Gold Rush, and learn how to pan for treasure on your own in the town’s gold fields. See relics from the gold-mining era, and dig into a hearty, all-you-can-eat feast of Alaskan fare featuring wild salmon. Round-trip hotel transport included. And yes, you keep all the gold you find!
…More
From
US$64.05
From
US$64.05

105
Enjoy a half-day of active wilderness fun in Alaska on a rock climbing and ziplining tour from Skagway. Head up the Klondike Highway to a majestic rock cliff where your guide instructs you on the basics of rock climbing and rappelling. Choose from a number of routes that range from easy to challenging, and take in sweeping views of the Skagway River, White Pass, and the Yukon Route Railway. Next, soar along a zipline course that threads through the lush forest canopy. Includes guide, transportation, and use of equipment.
…More
From
US$178.50
From
US$178.50

3
Challenge yourself in the wilds of Alaska on a full-day alpine hiking tour on White Pass, a scenic ridge bordering the Yukon Territory. Depending on the season, trek through wildflower fields, scramble over boulders, or use crampons and ice picks for a snowy ascent to the summit of Feather Peak or Mount Cleveland. This mountaineering adventure is designed for experienced hikers and climbers.
…More
From
US$390.42
From
US$390.42

Download a vibrantly-narrated mp3 audio guide combined with a map detailing the area of your tour. This well preserved and historical city of Skagway will take you on an educational audio tour as you learn about its Gold Rush days and historical buildings such as the iconic Red Onion Saloon and the incredible Historic Moore Homestead. Explore the historic and exciting city of Skagway in the state of Alaska! Home to another major city during the Gold Rush days, you will learn about the boom that took hold of the city at the Klondike Gold Rush N.H.P Museum. On this audio tour you will discover the many walks and trails surrounding the city along with locals dressed in period clothing. You will also see the Klondike Gold Rush N.H.P Visitors Centre, the Martin Itjen House, Jeff Smith's Parlour, the Arctic Brotherhood Hall, the Golden North Hotel, and the White Pass and Yukon Route Railroad Depot. Your tour. Your way.
…More
From
US$15.29
From
US$15.29
Face masks required for travelers in public areas
Learn More
Taking safety measures