Welcome to Viator!
By creating an account, you agree to our Terms & Conditions and Privacy Policy.
We're creating your account. This may take a few seconds...
Account creation successful! Thank you.
Something went wrong. Please try again on the sign up page.
Questions? (888) 651-9785(888) 651-9785
When are you traveling?
Select Dates
Recommendations
All Recommendations
How to Spend 2 Days in Skagway
How to Spend 1 Day in Skagway
How to Spend 3 Days in Skagway
Price
US$0
US$500+
Duration
Time of Day
RatingClear
Specials

How to Spend 3 Days in Skagway 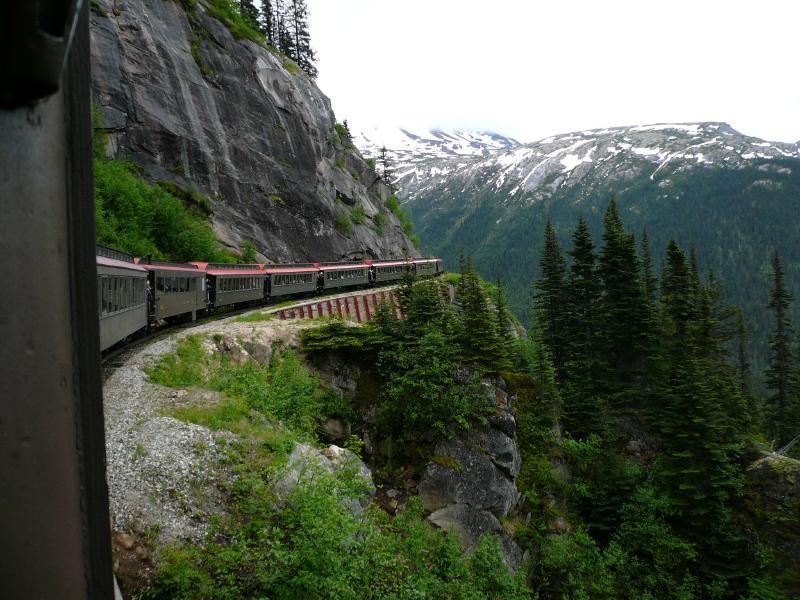 Make Skagway your base to follow in the footsteps of the Tlingit people and the gold prospectors who headed off from the port to the Yukon in the roaring days of the 1890s. Tour the 100 century-old wooden buildings of the restored downtown, visit a saloon and ride the gold train to the summit of White Pass.

Get to know this former frontier port by taking a stroll around the downtown Skagway Historic District and its collection of 100-year-old wooden buildings. Glassblowing demonstrations combine with floral displays at the Jewell Gardens, and artifacts from Skagway’s gold-rush heyday are on show at the Mascot Saloon Museum downtown. To meet the locals, visit the Chilkat Bald Eagle Preserve on the river flats, or go rafting down the river to spot beavers, bears and moose.

Scratch the surface and Skagway’s pioneering and prospecting days don’t seem so far away. Photographs and artifacts bring the past alive at the Skagway Museum, revealing just how harsh life was on the goldfields. Drop into the Klondike Gold Rush National Historical Park visitor center to learn about the area, its history and attractions.

Gold and Tlingit history surround Skagway, so get a taste by traveling to the White Pass summit from the port, stopping en route at the Skagway Overlook for panoramic views over the town and waterway. White Pass was one route prospectors used to travel to the Yukon; the other was the Chilkoot Trail, a walking route taking up to five days that’s not for the fainthearted or unprepared. A far easier way to imagine life in gold-rush days is to ride the White Pass & Yukon Route Railway to the White Pass summit in a historic narrow-gauge train.

3 Tours and Activities | All Skagway Tours

254
While in Skagway port, spend half a day discovering the wild beauty of Canada’s Yukon territory via a mini-bus. This tour travels along the Klondike Highway, with mountain and waterfall scenery that will take your breath away. Wind your way up to White Pass summit and feast eyes on the dramatic landscape of Tormented Valley. Spot wildlife along the way, and don’t forget to take a commemorative shot at the Yukon border sign. Note: bring a current, valid passport.
…More
From
US$82.93
From
US$82.93

53
While your ship is docked in Skagway, enjoy a 40 minute raft ride on the Taiya River. During this peaceful river float, a knowledgeable guide points out any wildlife, including possible bald eagles and even bears, depending on the time of year. Learn about Skagway’s history as you snap photos of spectacular mountain scenery. This family-friendly shore excursion comes with port transport.
…More
From
US$86.16
From
US$86.16