How to Spend 3 Days in Budapest 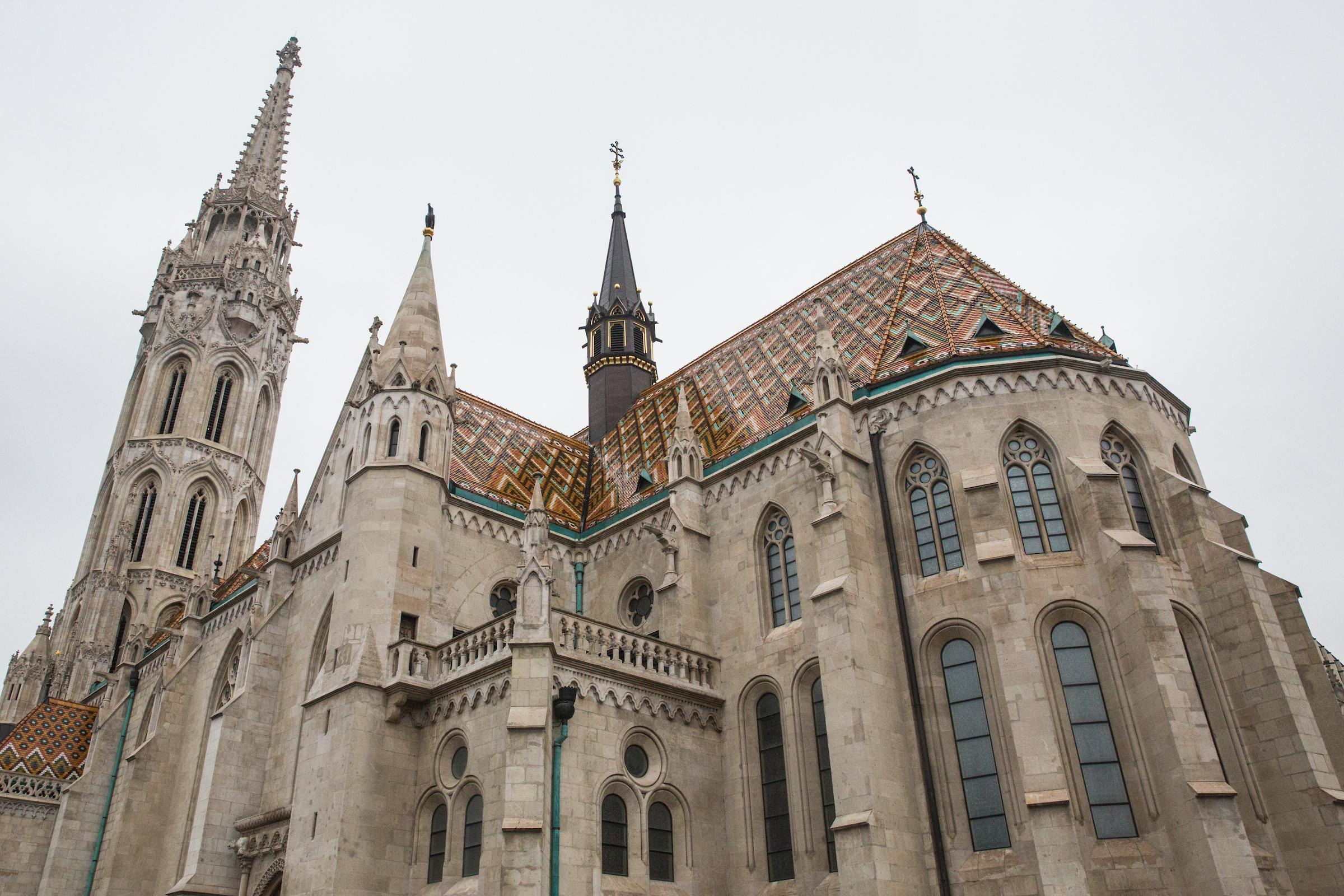 With three days in Budapest, you can experience the main sights and then some. Delve into the local culinary scene, step back into the city’s rich history, take advantage of money-saving sightseeing passes, and squeeze in side trips to the Danube Bend or the Etyek wine region. Here’s a 3-day itinerary that packs it all in.

Spend the first day checking off quintessential Budapest experiences. A hop-on hop-off bus tour takes you around the top sights, allowing you to get off and explore landmarks such as Heroes’ Square, the Budapest Parliament, and St. Stephen’s Basilica. Then board a lunch cruise down the Danube and dine on a traditional buffet as you float under Chain Bridge (Széchenyi Lanchid).

After lunch, waste no time waiting in line at Budapest’s famous thermal baths by booking a priority access ticket to Széchenyi Baths. Submerge yourself in hot thermal pools and destress with a massage. Now that you’re revitalized, spend the evening hopping between Budapest’s ruin bars, which occupy abandoned, disused, and often crumbling spaces. Many serve casual bar bites, such as sandwiches and sausages, alongside beer, cider, and Hungarian wines. Alternatively, make a pit stop at a street side stall forlángos (deep-fried bread topped with sour cream and cheese).

Venture outside the city for a day in the Hungarian countryside. Travel to Etyek to taste the region’s renowned white and sparkling wines, many of which are produced by small-scale, family-run wineries. Other popular day trip destinations include the Danube Bend, where you can wander the galleries and museums of riverside Szentendre and explore the medieval castle and Renaissance palace of Visegrád.

Farther away and less explored by tourists is the Great Plain region, known as thepuszta. Spend a day here to learn about pastoral folk traditions and explore historical cities, such as the art nouveau–influenced Kecskemét and the culture-rich university town of Szeged.

Back in Budapest, head for the Castle District, where you’ll find a high concentration of quality restaurants with terraces for warmer-weather alfresco dining.

Spend your final morning museum-hopping. The Budapest Museum of History provides a comprehensive overview of the city’s past, while the Hungarian National Gallery specializes in fine arts. Housed in a converted 18th-century monastery, the Kiscelli Museum is another worthwhile option, with quirky and eclectic displays ranging from exhibits of baroque sculptures to a re-created 18th-century pharmacy.

Having worked up an appetite, spend the afternoon snacking on a guided food tour that covers the Great Market Hall and the Jewish Quarter. Sample various dishes and delicacies, from piping hot goulash and paprika-spiced sausage to artisan chocolate and kosher pastries.

That evening, continue your cultural quest by attending a live folk performance. Watch traditional dancers and musicians in action at historical venues such as Danube Palace or Budai Vigadó.

7 Tours and Activities | All Budapest Tours

588
Experience the best of Hungary’s wine region on a half-day Etyek wine country tour from Budapest with dinner. You’ll leave the capital city in the morning or the afternoon to discover the serene landscape of the Etyek wine region, known best for its white and sparkling varieties. Your local guide will bring you to two or three family-run cellars to sample wines as you hear the history behind their production. This intimate group tour will conclude with a traditional, 2-course Hungarian meal.
…More
From
US$63,78
From
US$63,78
Face masks provided for travelers
Hand sanitizer available to travelers and staff
Regularly sanitized high-traffic areas
Learn More
Taking safety measures

1480
This Big Bus hop-on hop-off tour of Budapest is one of the easiest ways to get around the city while you’re traveling. Book your night tour, 1-, 2-, or 3-day ticket and explore at your own pace. The route stops at many key areas of Budapest, including Heroes’ Square, the Hungarian Parliament Building, St. Stephen’s Basilica, and the Hungarian State Opera House. The bus offers free onboard Wi-Fi and recorded commentary about Budapest's sights in several languages.
…More
From
US$18,40
From
US$18,40
Face masks required for travelers in public areas
Face masks required for guides in public areas
Face masks provided for travelers
Learn More
Taking safety measures

437
Sample the best of Budapest on this culinary walking tour. Your expert foodie guide shows you the local ingredients at the Great Market Hall and where to try a hot helping of goulash, a stew made Hungarian-style with paprika and other famous local dishes. Stop for a seasonal sweet treat, an award-winning, authentic hand-made chocolate bonbon and in a local restaurant taste a world-famous Hungarian dish and a popular dessert tasting. As you walk, relish the chance to snap photos of top attractions like the Great Synagogue and get a glimpse into smaller hidden streets.
…More
From
US$102,02
From
US$102,02
Social distancing enforced throughout experience
Guides required to regularly wash hands
Paid stay-at-home policy for staff with symptoms
Learn More
Taking safety measures

108
Take in the beautiful Budapest panorama on a sightseeing cruise along the Danube River. Snap photos of the Chain Bridge, Gellért Hill and more as you experience why this city’s landscape was listed as a UNESCO World Heritage Site. Multiple upgrade choices include options for a buffet lunch with traditional Hungarian dishes, an onboard winetasting session, and onboard winetasting session with round-trip transfers.
…More
From
US$9,44
From
US$9,44
Face masks required for guides in public areas
Face masks provided for travelers
Hand sanitizer available to travelers and staff
Learn More
Taking safety measures

183
Discover Budapest with a 24, 48, 72, 96 or 120-hour Budapest Card, providing discounts, tours and transportation while you explore the city independently. Enjoy free entry to top museums, two complimentary walking tours, admission to the thermal baths and more. Your card also includes discounts at popular restaurants, free public transportation and a guidebook with helpful information about the included services.
…More
From
US$26,98
From
US$26,98
Gear/equipment sanitized between use
Regular temperature checks for staff
Paid stay-at-home policy for staff with symptoms
Learn More
Taking safety measures

512
Discover the dreamy landscapes of the Danube Bend, the most scenic stretch of the Danube River, on this full-day tour from Budapest. Escape the capital for a scenic drive through the countryside, stopping in Visegrad, admire the neoclassical cathedral of Esztergom from outside, and browse the handicrafts shops of Szentendre. After tucking into a delicious 3-course lunch (included), hop aboard for a romantic cruise along the Danube River and sail back to the capital by boat.
…More
From
US$85,33
From
US$85,33

154
Explore the Great Plains of Hungary on a scenic day trip to the towns of Lajosmizse and Kecskemet. Departing from your Budapest hotel, escape city life for the day to experience a region full of sun, rivers and lakes. This tour includes a welcome drink along with a traditional Hungarian meal, and provides the chance to discover a hidden jewel for fishing, water sport and equestrian enthusiasts.
…More
From
US$84,63
From
US$84,63