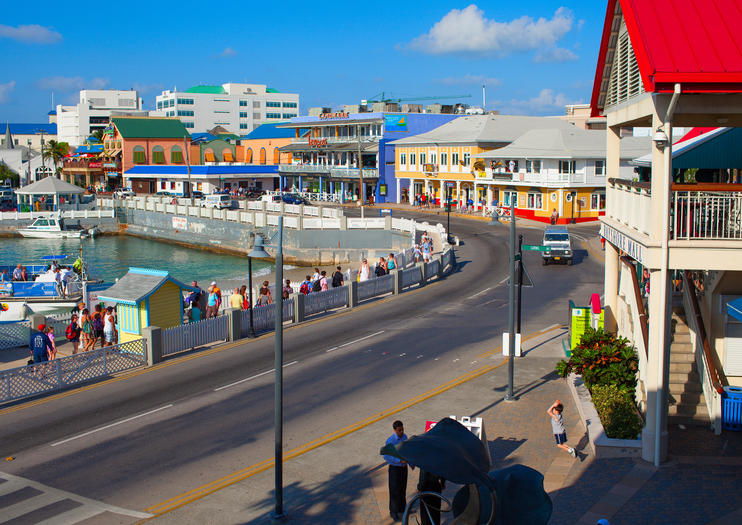 One look at Grand Cayman Island and you can see why it’s among the most popular cruise ports in the Caribbean. With its pristine white sand beaches, picturesque oceanside villages, and plethora of sports and activities, Grand Cayman holds up as a near perfect Caribbean cruise destination. Despite its small size, Grand Cayman is practiced in serving travelers, as it hosts nearly 2 million guests per year.
The Basics
Travelers docking at Grand Cayman Cruise Port are met with plenty of shore excursions to keep them busy. Plan ahead and book a small-group tour for an intimate experience in one of the Caribbean’s top cruise destinations or a private tour so you can see everything on your list. Top shore excursion experiences include exploring lush underwater ecosystems on a diving, snorkeling, or submarine adventure; visiting renowned beaches such as Rum Point, Starfish Point, or Seven Mile Beach; or getting up close and personal with some rays by jet skiing to the Stingray City Sandbar. Those looking to keep their heads above water can wander the beautiful Queen Elizabeth II botanical garden, book an off-road shore excursion through the West Bay, or get retail therapy browsing designer and luxury goods at the mall in Governor’s Square.
Things to Know Before You Go
How to Get There
Grand Cayman harbor has a tender wharf, and cruise ships must remain at sea for the duration of their stop. Passengers must board smaller ships to shuttle them to the island and back. Once on land, you will find yourself immediately in the heart of Georgetown’s shopping area.
Port Information
Many major cruise lines dock at Bridgeport, including Royal Caribbean, Carnival, Celebrity, and Norwegian. The Cayman Islands are a British territory, so English is spoken. The official currency is the Cayman Island dollar, but American dollars are accepted almost everywhere; there are more than 500 ATMs around the island.
Address: George Town, Cayman Islands
Read MoreShow Less

Things to do near Cayman Islands