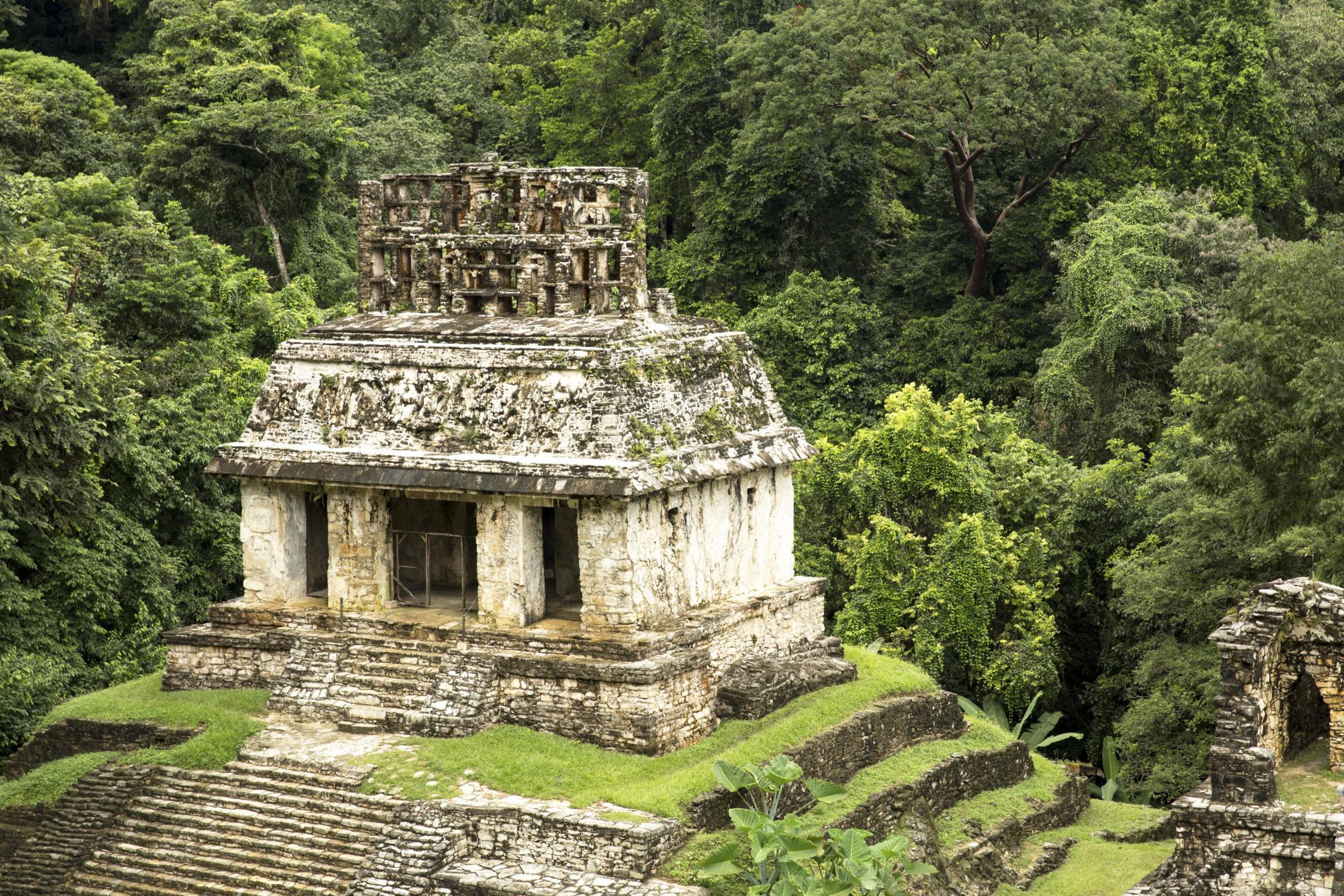 Chiapas’ archaeological sites are world famous, but deciding which set of ruins to visit can be tricky. From UNESCO World Heritage–listed Palenque to often-overlooked Toniná, each site has unique characteristics worth exploring. Here are the top places to experience an ancient Maya stronghold in modern-day Chiapas.

The UNESCO-listed site of Palenque is considered by many to be the stand-out Maya attraction in Chiapas, and for good reason. The jungle swallowed the abandoned city over millennia, leaving the site remarkably well preserved. Explore the site’s pyramid temples, tombs, and palace for intimate insight into Maya life, keeping an eye out for the original relief on the Temple of the Skull (Temple XII).

A rival state to Palenque during the Classic period (AD 250 to 900) and still every bit its equal, Yaxchilán’s pyramids boast impressive examples of well-preserved relief sculpture and hieroglyphic inscription. Situated on the jungly Usumacinta riverbank, on the border with Guatemala, this must-see site can be difficult to access independently, but is a popular stop on many tours from Chiapas’ major cities. Visitors often combine Yaxchilán with other nearby attractions, including Bonampak.

During the Classic period, smaller Bonampak eventually became a province of sprawling Yaxchilán. While the site is still significantly less grand than Yaxchilán, it houses a unique collection of vivid murals, many with their original paintwork intact. Depicting scenes of prayer, battle, and celebration, these images provide insight into courtly life in ancient Mesoamerica.

Toniná was a powerful stronghold during the Classic period, but now tends to be passed over in favor of its rival city-states, for no clear reason. The site boasts a 230-foot (70-meter) man-made pyramid, the last dated Maya inscription, and some impressively brutal structures that reveal much about Maya war, rivalry, and captive customs. The site is less frequented than other Maya ruins, which lends itself to great photography opportunities and a calmer atmosphere.

0 Tours and Activities | All Chiapas Tours