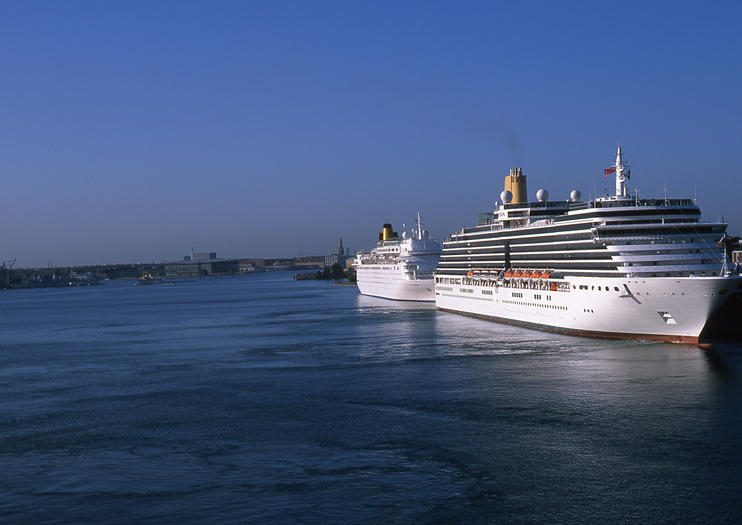 Copenhagen's Ocean Quay cruise port is a bustling travel hub. Over 300 ships arrive in Denmark’s capital every year—a city famous for its seamless urban design, 17th- and 18th-century architecture, and thriving bike culture. The port is a great starting point for cruises to the Baltics, St. Petersburg, Britain, and even Greenland.
The Basics
After arriving at Ocean Quay cruise port, you can head off on a city sightseeing shore excursion to see highlights such as Tivoli Gardens, an iconic Danish amusement park; Christiansborg Palace, home to the Danish Parliament; and the changing of the guard at Amalienborg Palace, the Danish royal family residence since the late 18th century. You can also opt for a harbor cruise along the canals of the Christianshavn and Frederiksholm districts, passing by colorfully painted townhouses, bobbing houseboats, and the legendary Little Mermaid statue. For a more personalized experience, hop-on hop-off tours allow you to see Copenhagen on your own schedule.
Things to Know Before You Go
How to Get to Copenhagen from the Cruise Port
From Ocean Quay, take bus 27 to Østerport Station. From there, you can get to the city center in 10 minutes by bus or S-train. Taxis are also available at all three piers.
Port Information
The local language in Copenhagen is Danish, but most locals speak at least some English. The currency is the krone, and credit cards are accepted throughout the city.
Address: Denmark
Read MoreShow Less

Things to do near Copenhagen