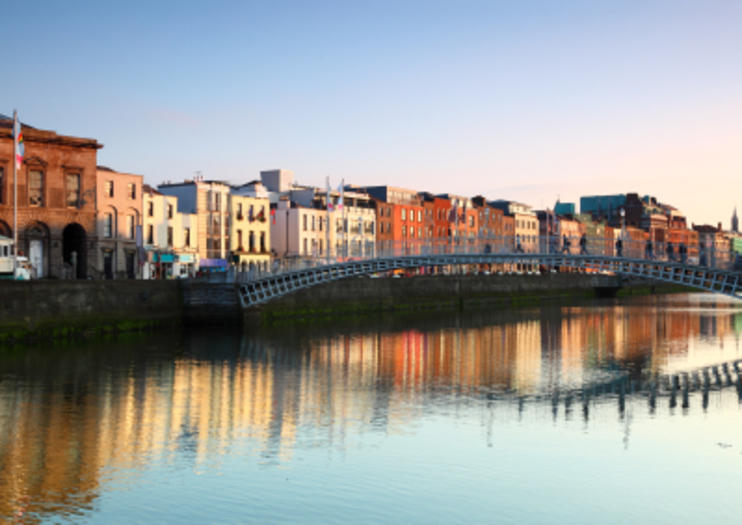 Ireland’s capital city is an important stop for cruise liners on round-the-world, transatlantic, and European routes. Not only do cruisers disembarking at Dublin Cruise Port have easy access to all of the city’s top sights—from Dublin Castle to Trinity College and the Book of Kells—but they can also head to day-trip destinations outside the capital.
The Basics
Cruisers disembarking in Dublin can choose between a range of shore excursions and tours. Popular destinations include the Guinness Storehouse, the Jameson Distillery, St. Patrick’s Cathedral, and shopping districts including Grafton Street and Temple Bar. Visitors can also join half-day and day tours that venture to scenic locales outside the city, such as Glendalough in County Wicklow, the Cliffs of Moher in County Clare, or even Belfast and the Giant’s Causeway in Northern Ireland.
Things to Know Before You Go
How to Get From Dublin to the Dublin Cruise Port
Cruise ships docking in Dublin typically arrive at either Alexandra Quay in Dublin Port, about 1 mile (1.5 kilometers) from the city center; or Dun Laoghaire Port, about 7.4 miles (12 kilometers) from the city center. Many cruise companies provide shuttle buses to the city center.
Alternatively, from the Dublin Port, head for the Point Luas Stop, situated opposite the entrance on East Wall Road, and ride the Red Line Luas tram to Abbey Street. From Dun Laoghaire Port, ride the Dart train to Pearse or Tara Street stations.
Port Information
Free Wi-Fi is available at Terminal One in Dublin Port. Taxis are readily available at the port. Tourist information offices can be found on O’Connell Street and Suffolk Street in Dublin city center, and on Marine Road in Dun Laoghaire. The official currency is the euro and English is readily spoken.
Address: Ireland
Read MoreShow Less