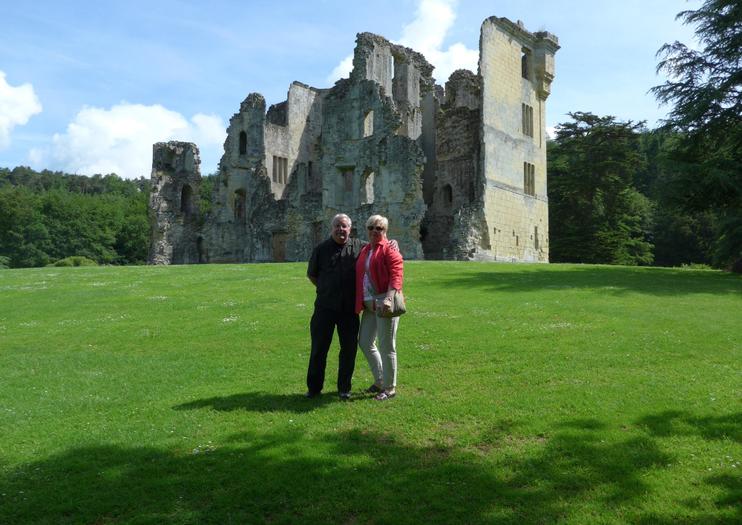 Perched on a hillside overlooking the lakes and parklands of Wardour Park, the rugged silhouette of Old Wardour Castle makes a dramatic sight and the atmospheric ruins have long been a favorite backdrop of photographers and filmmakers. Pop culture buffs might recognize the romantic ruins from ‘Robin Hood: Prince of Thieves’ or the cover of Sting’s 1993 album ‘Ten Summoner’s Tales’, and the castle has recently scored a starring role in upcoming fantasy film ‘The Journey to Aresmore’.

Built in the 14th-century as a luxury residence for John, the 5th Lord Lovel of Titchmarsh, the castle’s unique hexagonal structure was a celebrated oddity at the time, inspired by designs from mainland Europe and renowned for its innovation. Although renovated in the 16th century, much of the original castle remains, and despite lying in ruins, it’s an evocative landmark, with its looming towers hinting at its former glory. In the 18th-century, the Neoclassical New Wardour Castle was built nearby, incorporating the old ruins into its grounds.

The answers provided below are based on answers previously given by the tour provider to customers’ questions.
Q:
What are Old Wardour Castle hours of operation?
A:
Old Wardour Castle hours of operation: Nov-Mar: Sat-Sun 10AM-4PM Mar-Nov: Daily 10AM-6PM. Buy tickets in advance on Viator. If you book with Viator, you can cancel at least 24 hours before the start date of your tour for a full refund.

Things to do near England