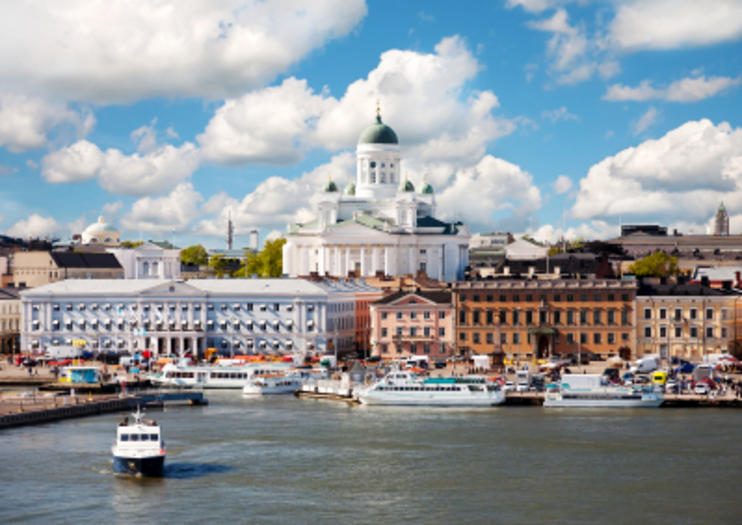 Once just a small fishing port, Helsinki has been the capital of Finland since 1812 and played host to the Olympic Games in 1952. Today, the port welcomes more than 300 cruise ships carrying nearly half a million passengers annually. It is also a departure point for ferries to Tallinn, Estonia; Stockholm, Sweden; and St. Petersburg, Russia.
The Basics
Shore excursions in Finland's capital range from private tours to hop-on hop-off bus tours covering the city's attractions and landmarks. Must-see highlights include Senate Square, Suomenlinna Sea Fortress (a UNESCO World Heritage Site), the National Museum of Finland, Seurasaari Open-Air Museum, the Old Market Hall, and Rock Church (Temppeliaukio Kirkko).
Things to Know Before You Go
How to Get to Helsinki from the Port of Helsinki
Cruise ships visiting Helsinki dock at the South or West Terminal, depending on ship size and cruise line. From the South Terminal, trams 1A, 3B, and 3T take visitors further inland, with both 3B and 3T making full loops around the center, giving an overview of the city. Larger ships dock at the West Terminal, which is further out from the center. From there, limited ferries run to and from Market Square (Kauppatori), or visitors can take a taxi into the city center.
Port Information
At both the South and West terminals, travelers can find ATMs, luggage lockers, and currency-exchange desks. The official languages are Finnish and Swedish, but English is commonly spoken throughout Helsinki. Finland’s currency is the euro, and credit cards are widely accepted.
Address: Finland
Read MoreShow Less

0 Tours and Activities to Experience Port of Helsinki

Things to do near Helsinki