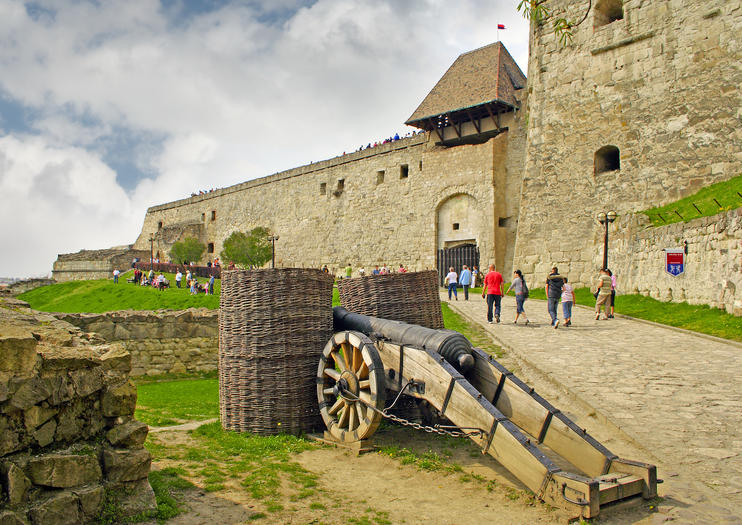 Eger is the second largest city in northern Hungary and with a castle, thermal baths, historic buildings and great wine, it makes a perfect day or weekend trip from Budapest. Founded in the 10th century by St. Stephen, the first Christian king of Hungary, the city was destroyed by the Mongols in the 13th century and then rebuilt around a new stone fortress in the 14th and 15th centuries. After being ruled by the Turks for almost a century, the city prospered once again as part of the Habsburg Empire during the 18th century. A remnant of Eger’s Turkish rule is the Turkish minaret, which can be climbed for panoramic views of the city.
Among Eger’s most popular sights are its castle, an imposing 19th century basilica, the town’s main square and an 18th century baroque minarite church. The town is also well known for its red and white wines and is the third most visited city in Hungary. Located on the Eger Stream on the hills of Bukk Mountain, many also say it is the most beautiful city in the country.

Eger is an hour and a half by train from Budapest and the Eger train station is located about a mile outside of the city center. Buses also run every 30 minutes to and from Budapest and the trip takes about two hours. The bus station in Eger is close to the basilica.
Address: Eger, Hungary
Read MoreShow Less

1 Tours and Activities to Experience Eger

Head to Eger, just two hours outside of Budapest, on this private guided tour. Explore this picturesque Hungarian town's castle, thermal baths, and historic buildings, including the northernmost Turkish minaret. Taste one of the most famous red wine of Hungary, Bull's Blood in a multiple prizewinner Hungarian winery, Enjoy a convenient hotel pickup and drop-off.
…More
From
US$215,00
Price varies by group size
From
US$215,00
Price varies by group size
Face masks provided for travelers
Hand sanitizer available to travelers and staff
Social distancing enforced throughout experience
Learn More
Taking safety measures

Things to do near Hungary