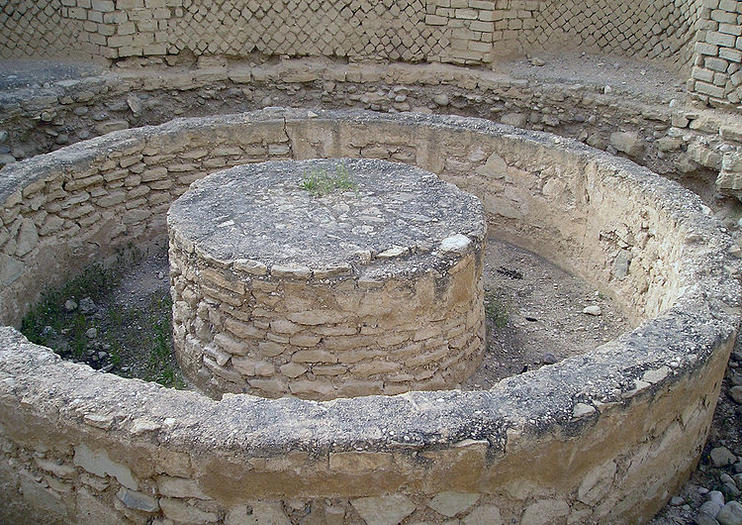 Jericho is an ancient biblical town, with early settlements traced back 10,000 years, possibly making it the earliest site of human civilization. Located in the occupied Palestinian Territories,  and reached by traveling through the Judean Desert, Jericho is filled with archaeological ruins, monasteries, mosques, and other religious and historical sights.
The Basics
Jericho offers a bounty of historic landmarks, including the Monastery of the Qurantul, the spot where according to the Bible, Jesus resisted Satan after fasting for 40 days in the desert, and the 5th-century St. George’s Monastery, built into the cliff face, with its beautiful mosaic floor. Visitors can also see Nabu Must Mosque, the site where Muslims believe Moses was buried.
Things to Know Before You Go
How to Get There
There are local busses and private taxis available from other West Bank locations, but negotiating transportation can be tricky. Hiring a private driver for the day, or arranging a visit though a tour may be an easier option.
When to Get There
Jericho sites are open year round, but the temperatures can be very hot, humid, and dusty in the summer months.
Tel es-Sultan
Jericho is often referred to as the earliest known site of human civilization, and the ruins of Tel-es Sultan tell the story. The ruins of dwellings and stairways here date back 10,000 years or more, and give visitors a look at what else might have been. The remains of a tower at Tel es-Sultan suggest Jericho may have been the world’s first fortified city.
Address: Jericho, Israel
Admission: Free
Read MoreShow Less

2 Tours and Activities to Experience Jericho

53
Church of Shepherd’s Field, Where shepherds watched their flocks on the first Christmas Eve. We start our guided tour in the city of Bethlehem with a local Christian guide, Enjoy a refreshing stop at Olive Wood factory, a way of the living of the local families, Enjoy their hospitality, continue with our guide to Manger Square, Nativity Church, 4th Centaury Church in the place where Jesus have born. On our return way back we stop at the wall to see a part of the Banksy Art on the wall. Continue our way through the Judean Desert to the oldest City all over the World. 10500 Years Old. Visit Ancient Jericho and enjoy the sight of Mountain of Temptaion, Spring of prophet Elijah, Sycamora tree *Please bring your passport because it's required sometimes when passing the checkpoint * Max Travelers 40 people - Jericho Driver only
...  More
From
US$80,00
Price varies by group size
From
US$80,00
Price varies by group size
Learn More

We will start our tour driving through the Judean hills to Bethlehem. Upon arrival, we will ride through the city and see the important attractions before arriving to Manger Square. There we will have a guided visit to Church of The Nativity where Jesus was born in an underground cave that the church was built on. Then we will take a short walk with the guide to the Church of Milk Grotto. After we finish we will ride to the town of Beit Sahour, the city of the Shepherd’s. There we will have a guided visit to the Chapel of the Shepherd’s Field. Continuing our tour we will have a 20 minute visit to a local olive wood factory and have an insight on the local crafts of the Christian families in Bethlehem. Lastly we will visit one of the most unique in history and geography cities in the world, Jericho. We will visit the most important biblical and historical sites in the city. *Make Sure to bring your passport as it is required sometimes
...  More
From
US$50,00
From
US$50,00
Learn More