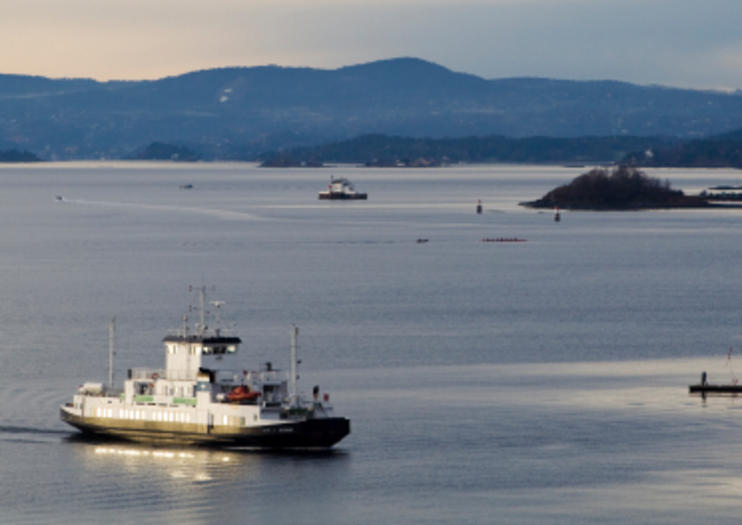 Norway’s second-busiest port, after Bergen, the Port of Oslo (Oslo Havn) is a popular destination on Scandinavian cruises, welcoming over a hundred annual cruise calls. Located at the head of the Oslo Fjord, cruise passengers have easy access to the Norwegian capital, with its many lakes, parks, and museums.
The Basics
With just one day in port, most visitors opt to take in the highlights of Oslo, either as part of a guided shore excursion or by exploring independently. Hop-on hop-off bus tours leave from right outside the cruise terminal and stop at sights, including the Kon-Tiki Museum, Akershus Fortress, and Vigeland Sculpture Park.
Other highlights of Oslo include the Nobel Peace Center, City Hall, and the Opera House, all located along the waterfront, while landmarks, such as Oslo Cathedral, Karl Johan Gate, and the Royal Palace, are also within walking distance. Water taxis and ferries run across the harbor to the Bygdoy Peninsula, where you will find the Viking Ship Museum, Fram Museum, and Norwegian Folk Museum.
Things to Know Before You Go
How to Get to Oslo from the Port of Oslo
There are four main cruise terminals, located around the Akershus Fortress at Oslo harbor. All terminals are a short walk from central Oslo, with the closest terminal just a 5-minute walk from City Hall and the furthest an around 20-minute walk. Buses and trams also stop close to the terminals, and taxis are available outside.
Port Information
ATMs, currency exchange facilities, free Wi-Fi, and a tourist information desk are all available at the port. The local currency is the krone, but some shops will also accept euros and credit cards are generally accepted throughout the city. The local language is Norwegian, though most locals also speak English.
Address: Norway
Read MoreShow Less

0 Tours and Activities to Experience Port of Oslo (Oslo Havn)

Things to do near Oslo