How to Spend 2 Days in Sarajevo 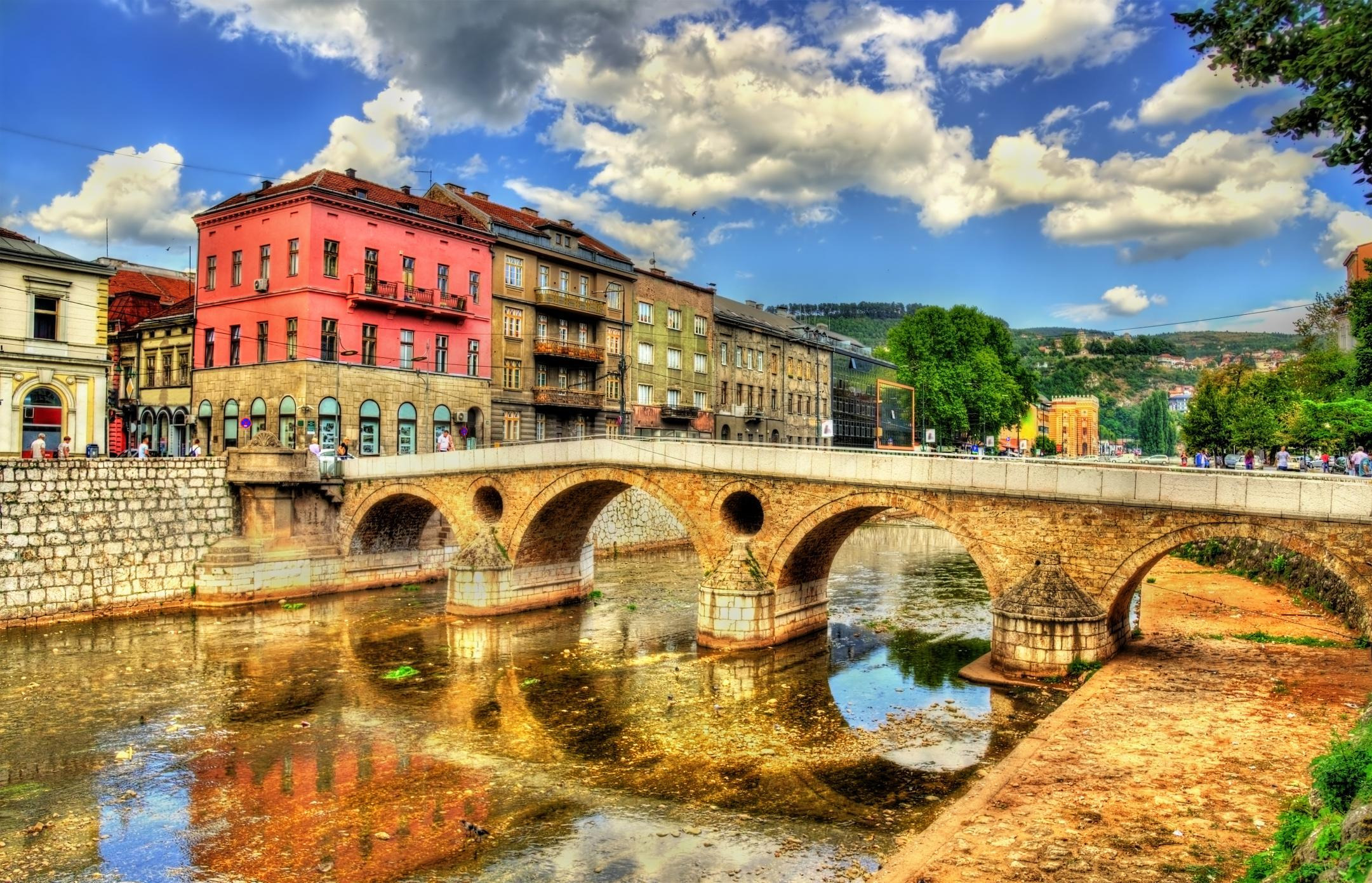 Two days in Sarajevo lets you branch out and explore the city in greater depth, from learning wartime history to tasting your way through Old Town cafés. A compact center makes it easy to explore a little bit of everything. Here’s how to make the most of a 2-day stay in Sarajevo.

**Morning:**With narrow streets and lots of history, Old Town Sarajevo is the perfect place to start exploring, whether you’re strolling on your own or joining a tour. With so much to see, don’t miss the mazelike bazaar that’s drawn merchants for centuries, as well as religious landmarks that show Sarajevo’s Jewish, Christian, and Muslim heritage.

**Afternoon:**Cozy cafés are dotted between those historic sites, so reward yourself for all that sightseeing with a well-earned treat.Ćevapi—a tasty combination of sausage, flatbread, and minced onions—is a good first course. Next, head to a pastry shop for a sweet and a tiny cup of thick, Turkish-style coffee.

**Night:**Make like the locals and spend the evening strolling pedestrianized Ferhadija Street, which is lined with shops, cafés, and restaurants. There are plenty of bars to duck into, too, or you can find a ready-made party crew on a guided pub crawl of the city.

**Morning:**On your second day, learn about the long siege and war that shaped Sarajevo in the late 20th century. Since many here are old enough to remember key events, joining a war-themed tour can mean personal recollections and stories. Along the way, you’re likely to see the craters and bullet holes that scar the city.

**Afternoon:**Pick a destination that you didn’t cover in the morning for an in-depth visit. Options include the Sarajevo War Tunnel that was used for smuggling goods into the city, the War Childhood Museum, and the moving Museum of Crimes Against Humanity and Genocide.

**Night:**Locals drink more than coffee: Another favorite beverage is rakija, a powerful fruit brandy served everywhere. Be sure to try some on your final night here, whether on your own or as part of a gourmet tour.

7 Tours and Activities | All Sarajevo Tours

17
Taste your way through Sarajevo on this culinary walking tour. In the company of a guide, stroll the city’s scenic streets and learn about Bosnian culture through food. Visit a local market and sample cheeses, cured meats, and more. Stop by a restaurant and try Bosnian pie, and sip homemade brandy. As you walk, admire historic cathedrals, squares, museums, war memorials, and more.
…More
From
US$47,93
Price varies by group size
From
US$47,93
Price varies by group size

21
Get to know Sarajevo better on this guided walking tour. Learn about the history, culture and food of Sarajevo from your guide and listen to the story of the Spite House. Stroll through streets where you can learn about traditional crafts. Taste local food like baklava and sip a cup of dark Bosnian coffee. Visit Bascarsija, the Jewish Quarter, Sarajevo Cathedral, Synod Orthodox Church, and more.
…More
From
US$37,83
From
US$37,83

14
Learn about the Siege of Sarajevo and visit the Sarajevo Tunnel museum on this guided tour. Depart from Sarajevo and travel in a vehicle to the Sarajevo Tunnel. On the way, listen to your guide explain the recent history of Sarajevo. After time in the museum, visit the Old Jewish Cemetery and the Zetra Olympic Complex, site of the 1984 Winter Olympic Games.
…More
From
US$45,49
Price varies by group size
From
US$45,49
Price varies by group size

1
Experience Bosnian bar culture and taste the local spirit on this rakija tasting tour. Accompanied by a guide, visit local cafes and learn about Bosnian history while sampling a wide range of rakija made from plums, cherries, grapes, honey, nuts, and herbs. Hear stories about Sarajevo and listen to traditional Bosnian music.
…More
From
US$54,23
Price varies by group size
From
US$54,23
Price varies by group size

16
Explore Sarajevo’s wartime history on a tour of the city’s key sites, including siege-era cemeteries, the Tunnel Museum, and buildings scarred by heavy shelling. Hear firsthand stories about life during the Siege of Sarajevo, then learn how the region has redrawn borders and recovered from the conflict.
…More
From
US$23,96
From
US$23,96

37
Learn about Sarajevo’s complex history from a guide on this walking tour of the city. Stroll through the historic center and admire the mix of Ottoman, Austro-Hungarian, and Yugoslav architecture. Hear stories about the beginning of World War One and the conflicts through the 20th century that touched Sarajevo. Stay hydrated with bottled water.
…More
From
US$18,92
Price varies by group size
From
US$18,92
Price varies by group size

8
Sit down to a home-made Bosnian dinner in a family home and enjoy a friendly evening of local hospitality. With the chance to chat with Bosnians about their food, culture, and history, this family dinner is a fun way to leave the tourist trail behind while savoring a hearty meal of traditional cuisine.
…More
From
US$37,83
From
US$37,83