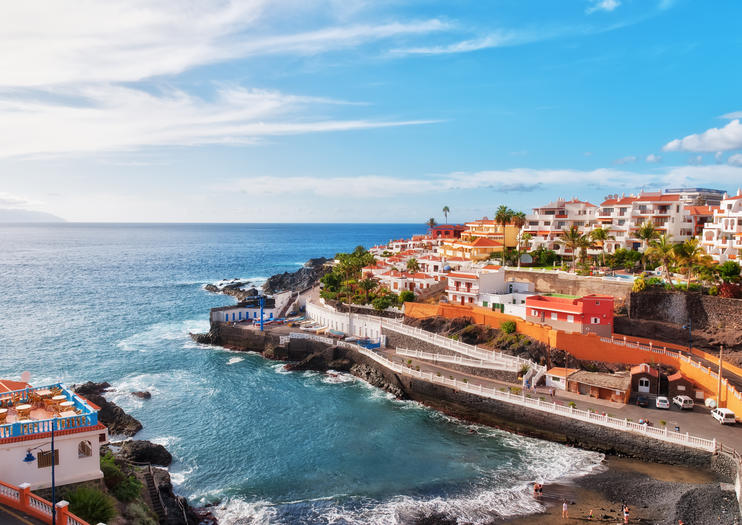 The largest of the Canary Islands, Tenerife and its year-round sun, unique volcanic topography and endless sandy beaches draw more than 1 million cruise passengers to the island each year, making it Spain’s second-busiest cruise port after that of Barcelona.
How to Get to Tenerife
The Port of Santa Cruz de Tenerife (Puerto de Santa Cruz de Tenerife) is located in Santa Cruz on the island’s northeast coast. It’s possible to walk to the town center from the waterfront, but most ships offer free shuttle buses to the central Plaza de Espana, from where buses and taxis connect to all of the island’s principal attractions. The closest beach to the port is Playa de la Teresitas, about 20 minutes away by bus.
One Day in Tenerife
Tenerife’s many attractions simply can’t be covered in one day, so pick out the highlights that best suit your tastes and pre-book a shore excursion to ensure you maximize your time. Viator’s worry-free shore excursions include guaranteed on-time return to your ship, so you can explore the volcanic landscapes of the UNESCO-listed Teide National Park; ride the cable car to the top of Mt Tiede, the island’s highest peak; enjoy wine tasting in the Orotava Valley; or visit the scenic Las Cañadas National Park. Those short on time or preferring to stay closer to the port can opt to discover the colonial capital of Santa Cruz instead, with a hop-on, hop-off tour around attractions like the Auditorio de Tenerife, Castillo de San Juan and the Parque Garcia Sanabria.
Port Information
The official language of Tenerife is Spanish, although many locals speak at least basic English, and the local currency is the Euro. There are plenty of banks, ATMs and Bureaux de Change along Santa Cruz's waterfront and principal shopping streets, but when shopping, be aware that a Value-Added Tax of about 20 percent is added to most purchases. Famous for its year-round sun, temperatures on Tenerife rarely fall below 68 degrees (20° C), even during the winter months.
Address: Tenerife, Spain
Read MoreShow Less